As Under Armour's sales balloon, so does its marketing budget.

CEO Kevin Plank told analysts he expected to allocate 11% of revenues to marketing, or $330 million. That's an $83.5 million increase (34%) over a year ago, and a $125 million boost from 2012. The company handles some marketing in house, in addition to working with Droga5. 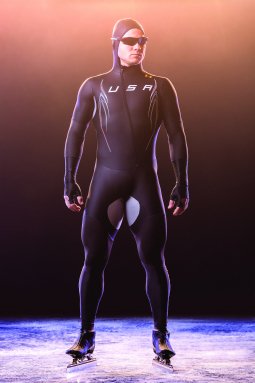 "You look at the largest sports-marketing assets out there in the world, it really doesn't put us out of the game for anything," Mr. Plank told analysts during an earnings call. "We could theoretically go buy anything we wanted to, but we don't have all the money in the world, so we just have to be really thoughtful and we have to pick the right deals."

Even though that's a significant figure, it pales in comparison to rival Nike, which spent $2.7 billion globally on advertising and promotions during its most recent fiscal year, according to its annual report.

Mr. Plank highlighted Under Armour's sponsorship of Jordan Spieth, who became the youngest winner on the PGA Tour in 82 years just months after signing on with the sports brand. He also touted deals with Notre Dame and the Tottenham Hotspur Football Club.

"We want to remain opportunistic about staying close enough to the athlete and the consumer to find those Jordan Spieths out there, and as you know, they're incredibly rare," Mr. Plank said. "But I promise that's what we're trying to do is find athletes before they're really out in the open and the market really has a chance to understand what we're doing."

Under Armour has increased sales by more than 20% for 16 straight quarters, and it's pushing overseas to continue that pace, including deals with soccer teams in Mexico, Chile and the U.K. The brand also has a closely-watched deal with the U.S. speedskating team. It's deft handling of a public relations snafu -- speedskaters blamed the company for slow times during the Winter Olympics in Sochi -- helped it minimize damage to its brand.