The company, which trails PepsiCo’s Bubly in the hot-selling category, is relying on unique flavors, including some with caffeine, to stand out 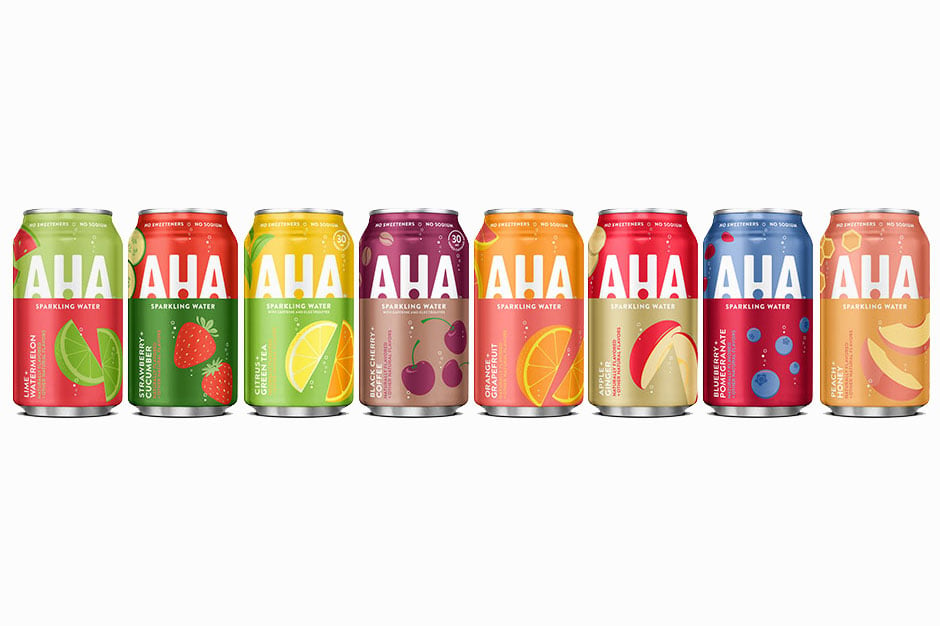 Coca-Cola Co., which has lost ground in the sparkling water race to PepsiCo, is trying to stage a comeback with its biggest North American brand launch in 13 years. The new offering, called Aha, will hit stores in March and be backed with significant marketing spending. It comes in eight flavors, including two—Citrus and Green Tea; and Black Cherry and Coffee—that include 30 mg of added caffeine, which is slightly below the amount in a regular Coke (34 mg). The added boost marks a departure for the sparkling water category, in which most major brands do not include caffeine.

A Coca-Cola spokeswoman said the company has not made a final decision on the brand’s creative agency.

The launch comes as sparkling water category keeps surging, drawing more drinkers looking to swap their sugary sodas with healthier, but still bubbling, options. Coca-Cola had previously competed with a sparkling version of its Dasani brand, but lost ground as PepsiCo put major marketing muscle behind its Bubly brand, which debuted with an Oscars ad in early 2018. That was followed this year by a Super Bowl ad starring Canadian crooner Michael Bublé by Goodby Silverstein & Partners.

Bubly now controls about 6.6 percent market share of the U.S. sparkling water category, after sales grew 155 percent in the year’s first half, according to Beverage-Digest. LaCroix ranks first with 15 percent market share but its sales fell 10 percent in the first half of the year. Dasani’s sparkling variety slipped 20 percent and fell to less than 2 percent share, according to Beverage-Digest. The trade publication notes that Bubly is expected to become PepsiCo’s next $1 billion beverage brand and is on pace to surpass LaCroix by 2021.

With Aha on the way, Coke will discontinue Dasani sparkling, it stated.

Valued at about $3 billion last year, the sparkling water category is expected to double in the next five years, according to Beverage-Digest, which quoted what it called an “informed source” about the category’s growth prospects.

“Coke made a strategic decision early on to pursue other priorities and watch the category,” Beverage-Digest Executive Editor Duane Stanford said in an interview. “But at some point, especially after PepsiCo introduced Bubly, it became clear that sitting on the sidelines was not going to be a good long-term strategy.”

PepsiCo is spending behind the brand,” he added. “So Coke faced the prospect of Bubly being able to make great strides in the category virtually unabated.”

Coke appears to be following Bubly’s marketing playbook but with some new twists. Like Bubly, Aha’s packaging is brightly-colored and whimsical. The visual identity was created with input from brand design agency Taxi Studio in the U.K. The logo includes an upside-down exclamation point hidden in the ‘H,” which Trey Veal, who oversees packaging design for Coca-Cola North America, describes in a corporate blog post as a “creative wink.”

“We included some fun romance copy that speaks to the need states certain flavors appeal to,” he states on the blog. “These include ‘Flavors to Invigorate Your Vibe,’ ‘A Renewed Sense of Hydration’ and ‘A Can of Cool You Down.’”

Coke also sought to differentiate Aha with unique flavors that it describes as “fusions.” They include Lime and Watermelon, Strawberry and Cucumber, Orange and Grapefruit, Apple and Ginger, Blueberry and Pomegranate, and Peach and Honey.

The company considered about 80 flavors before landing on the final eight. “Some of the flavors we landed on—green tea, honey and black cherry, for example—are very niche,” Nilesh Karava, who oversees R&D for Coca-Cola North America’s water and active hydration portfolios, stated in the corporate blog. “If we were to launch these on their own, we’d be limiting our consumer base. That’s why we paired mainstream fruit flavors—berries and citruses—with trending tastes, or what we call ‘halo’ flavors.”

About the decision to add caffeinated flavors, he wrote that “our research showed that some sparkling water fans are wanting—but not getting—a little pick me up. Adding caffeine is challenging because it has a naturally bitter taste, so we had to work our magic.”

The company settled on 30 mg of added caffeine because “that’s our sweet spot,” he stated. “Anything beyond that would compromise taste, which we of course couldn’t do.”