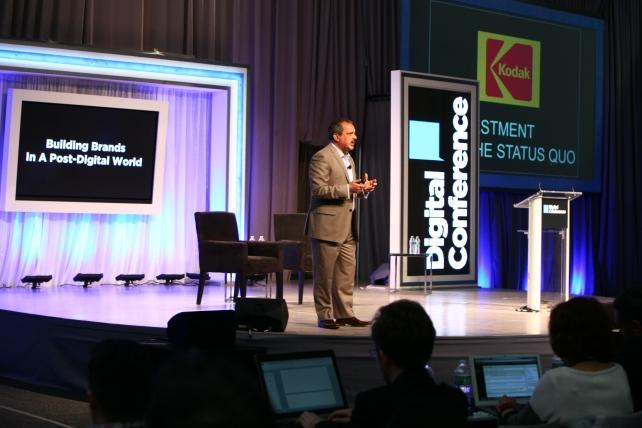 Clive Sirkin is leaving Kellogg Co. after three years as the food marketer's chief growth officer just as sales have started to improve.

Beginning Jan. 1, Sirkin's role will be filled by Monica McGurk, who joined Kellogg in July as chief revenue and e-commerce officer, Kellogg said.

It was not immediately clear where Sirkin is headed. He came to Kellogg in December 2015 after serving as Kimberly-Clark's CMO, and prior to that spending years on the Kellogg account at Leo Burnett.

His departure comes as Kellogg has been trying a mix of ways to boost results, from increased advertising spending to searching for acquisitions such as RXBar, which it bought last year. While Kellogg's annual sales have fallen since Sirkin joined, the results have been improving.

In February, Kellogg announced a "deploy for growth" strategy as it tries to get its business humming again under CEO Steve Cahillane, who joined in October 2017. In November, the cereal and snack maker said it is bringing U.S. morning foods (aka the unit that's best known for cereal), snacks and frozen foods together into one organization that accounts for about 80 percent of revenue in North America. It is also looking into selling businesses such as cookies, with brands such as Keebler, Famous Amos, Mother's and Murray, as well as fruit snacks, pie crusts and ice cream cones.

Kellogg has been boosting what it calls brand-building investment by a high single-digit percentage rate as it tries to kickstart sales. It just announced plans for Pringles to advertise in the Super Bowl for the second time. There are also new products from Pringles and other well-known brands such as Frosted Flakes, Cheez-It and Rice Krispies.

"Clive has inspired reinvestment in our world-class brands, deployed a brand building model fit for our evolving digital economy, and has helped to ignite our food agenda to align to modern consumer trends," Cahillane said in a statement. "These advancements have set the stage for our teams to fuel a new era of growth and innovation for Kellogg and our brands under Monica's leadership. We thank Clive for his many contributions and wish him our best."

McGurk is still new to Kellogg, having joined the company in July after a year and a half at Tyson Foods, where her last role was chief growth officer. Prior to Tyson, she held strategy and e-commerce roles at Coca-Cola North America.

Kellogg did not make Sirkin or McGurk available for comment.