The week’s biggest moves, hits and misses
READ THIS NEXT
Black consumers are group most swayed by brand values and diversity practices, study finds 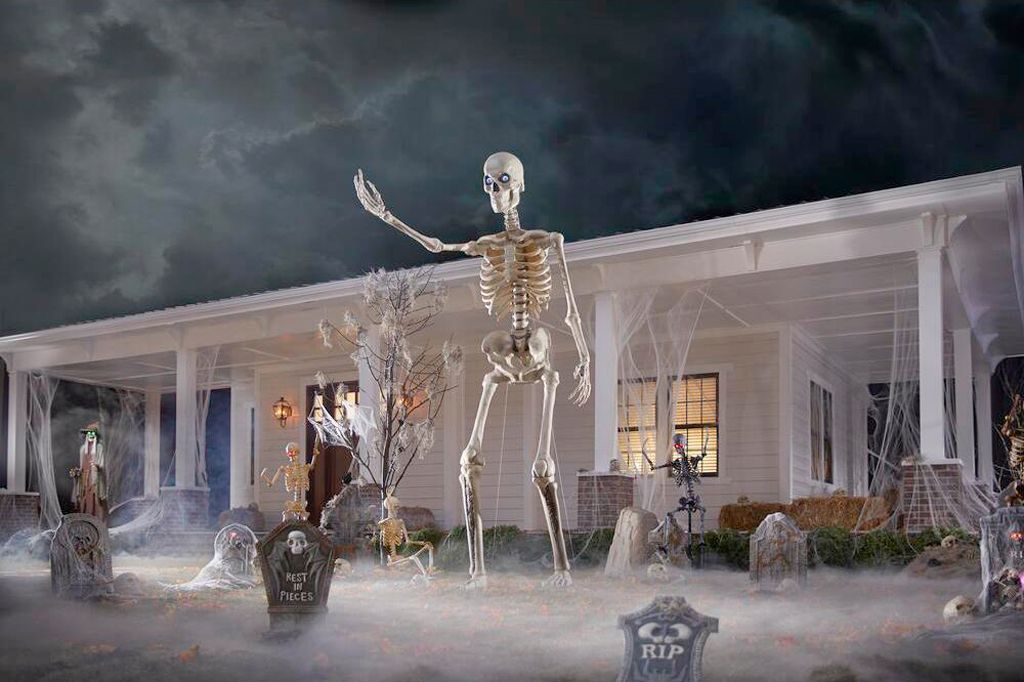 Make no bones about it, Home Depot’s $300 giant skeleton is a hit. The buzz around the 12-foot creation, which quickly sold out on Oct. 1, has prompted Budweiser, Slim Jim, Natty Light and other brands to capitalize on the phenomenon on social media.  Talkwalker, a social listening and analytics company, as of Thursday tracked 155,000 mentions that got 1.2 million engagements across social media since September 23 and found that costume retailer Spirit Halloween was among the brands getting the most attention—but not in a good way. The firm pointed to this tweet as a conversation driver:

imagine being the CEO of spirit halloween. you only work a single month a year and you make 10 billion dollars. your only job is sell skeleton. life is good.

and then some FUCKER from HOME DEPOT says “we are going to make one taller than god.”

The headlines write themselves—Goodbye, Ruby Tuesday—except that the dining chain’s bankruptcy filing this week does not mean it will completely vanish. It does not plan to reopen 185 of the stores shut down during the pandemic, but the chain still has 236 outlets open, which it does not plan to close, according to NPR.

The Lincoln Project scored again with Ad Age readers, who made this post about its anti-Trump COVID ad, called “Hospital,” our most popular post of the week. Readers also can’t get enough of the Ocean Spray/TikTok/Fleetwood Mac phenomenon. Last week’s Trending column—which led with it—drew plenty of eyeballs as did this post about how the juice brand seized on the publicity. Also drawing interest was a post about Peleton’s latest ad, which leaves the infamous Peloton Wife in the rearview mirror.

In another odd-couple pairing, Slack, the workplace communication tool made even more indispensable by the pandemic, is partnering with fashion brand Cole Haan on a limited-edition shoe. The kicks boast Slack’s trademark logo and colorway. The collab is just the latest partnership between unlikely brands hoping to boost both awareness and sales. But it’s not always a slam dunk—brands need to take the time to get it right, even from the early contract stage. 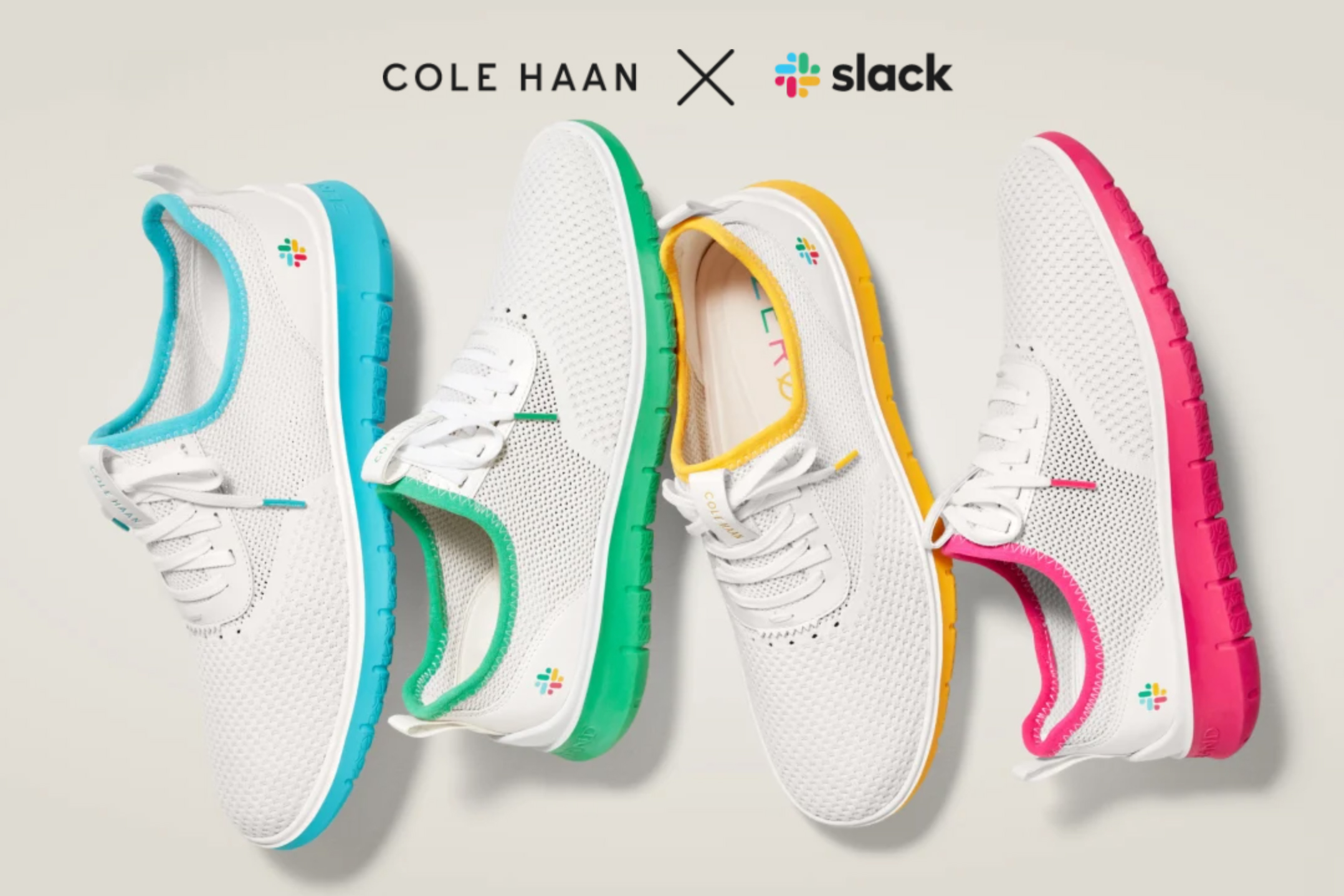 The King crowned by Wheaties

LeBron James and the rest of the L.A. Lakers are poised to win this year’s NBA Finals as soon as tonight, as they’re up 3-1 against the Miami Heat (with whom James already won two rings). Wheaties has already declared King James a champion: of its coveted cereal box. This box looks a little different. It is still orange, but along with the main image of James this box includes a collage of kids and families from the LeBron James Family Foundation’s Promise program in Akron, Ohio.

Not that we’re picky about which  No. 23 is the GOAT, but some internet sleuthing shows that the other legendary No. 23, Michael Jordan, has graced the cover of the Wheaties box 18 times. 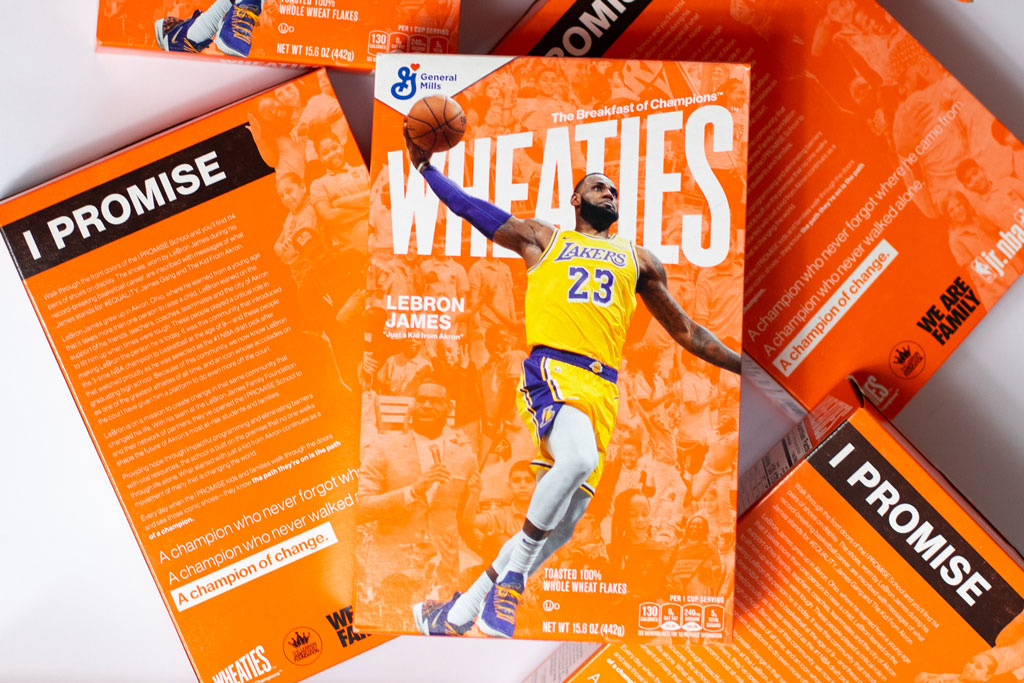 “A lot of audiences look at us like a utility, like the gas company, the pipeline that brings the shows they love, but they don’t attribute those shows to CBS, they attribute them to the wrong place or don’t know or care.”—Mike Benson, president and chief marketing officer for CBS, on the network’s move to affix its branding to all its content, no matter where it airs.