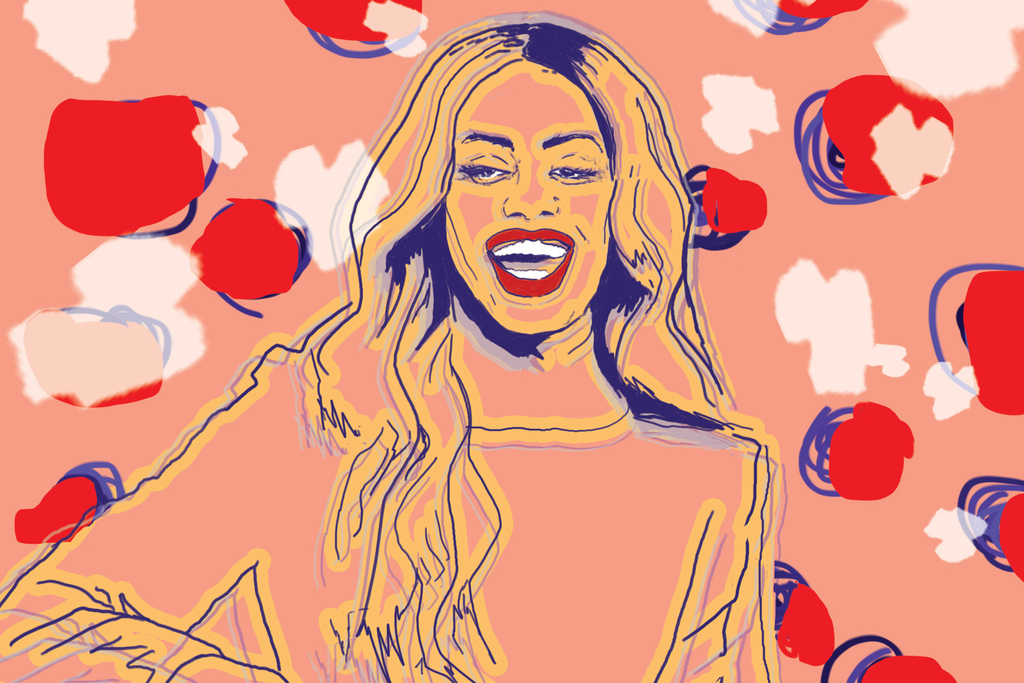 A statistic trotted out by liquor brand Diageo states that 85 percent of LGBTQ+ consumers want their community represented in brand campaigns, but only 12.6 percent of marketers actually include them in their annual media planning.

In taking steps to rectify that, Diageo vodka brand Smirnoff has teamed with Laverne Cox, the actress and LGBTQ+ advocate known for her role as Sophia Burset on Netflix’s “Orange Is the New Black.”

Cox is seemingly everywhere this month: If you don’t catch her in Taylor Swift’s “You Need to Calm Down” video, which supports the Equality Act, you’ll probably see her as the face of Smirnoff’s “Welcome Home” campaign, where she will literally be welcoming people into New York City for WorldPride—the celebration commemorating the 50th anniversary of the Stonewall riots—with digital spots airing at New York City airports and on YouTube.

Cox spoke with Ad Age about how brands can avoid commodifying Pride, the importance of hiring LGBTQ+ advocates to work behind the scenes and her favorite ads growing up.

Why did you choose to partner with Smirnoff?
I’ve loved their ad campaigns for a really long time, and I’ve enjoyed Smirnoff for a long time. They’ve been supportive of the LGBTQ+ community for a decade, which is really awesome.

What’s your take on the broader trend of brands adopting purpose?
It’s a great thing. We’re all in this world, and we can all make some kind of contribution. I love how Smirnoff has a commitment to the LGBTQ+ community. They have these incredible “Love Wins” limited-edition bottles for Pride. For every bottle made, $1 is going to the Human Rights Campaign. They’ve committed to donating $1.5 million to the HRC by the year 2021.

How can brands authentically support Pride? Is it enough to show support with a campaign, or should there be a fundraising element?
When you partner with someone like Laverne Cox, you just don’t, you know, give me a script and say, “Do this or do that.” Trans people should not just be in front of the camera, but behind the camera, in creating the spots, in writing and directing. With the Smirnoff campaign, it’s really a partnership and a collaboration.

How does that help the process?
I was on a show on CBS called “Doubt,” and we had a trans writer in the writers’ room. I remember talking to Tony, our showrunner, and he would say that sometimes a story line would be pitched and Imogen Binnie was our writer and she would be like, ‘No that’s not cool,’ and our showrunners would be like ‘OK.’ So, even in the infancy of an idea, if it’s problematic or tone-deaf or just not correct, if there’s someone in the room that has a say, that idea is squashed right away.

You are also featured in Taylor Swift’s “You Need to Calm Down” music video, which supports the Equality Act. Gay culture is very cool especially among younger people in big cities right now. At what point does it risk becoming commodified?
In a capitalist culture, we’re always toeing the line of something becoming commodified. But someone like Taylor Swift using her platform to advance equality for all people is what we should be doing. She’s a star, and Smirnoff is the biggest vodka brand in the world, it’s sold in over 130 countries—there’s welcome bottles in six different languages for Pride. If they want to take their power and privilege and spread a message about love and acceptance, I think that’s an amazing thing. The alternative is that no one speaks up and speaks out because people are afraid of commodifying something. But it’s also about intention and how you go about doing it.

Are brands connecting with the transgender community enough outside of Pride month?
No. I think it’s certainly getting better, but I would say no in general. It’s awesome brands are doing what they’re doing during June, but what are you doing the rest of the year?

It’s the 50th anniversary of the Stonewall Uprising. What is your favorite part of being an LGBTQ+ activist at this point in history?
I’m deeply moved that trans people are as visible in Pride as we are this year. We’ve made so much progress. When people come to New York at the end of the month, they are going to be greeted by Laverne Cox in Smirnoff ads at the airport. That’s incredible. When I think about when I moved to New York City over 20 years ago, I was not greeted like that. Representation is important, because 84 percent of Americans don’t know someone who is trans. Folks getting to see a black trans woman endorse an international product is inspiring and super powerful because that representation can hopefully affect the public policy we make, how we interact with each other and how we think about ourselves.

What do you hope for in the next 50 years?
I’m looking forward to this visibility translating into public policy. This month five trans women have been murdered, and policies have been introduced that limit the liberties of trans people. Being who you are shouldn’t put your life in danger, and unfortunately, for far too many trans people, that’s still the reality. It’s sobering. So we can have our celebrations, but also acknowledge we have a way to go.

What were your favorite ads as a kid?
I grew up in the ’80s and there were so many good ones. I like the Life cereal ad where Mikey hates everything, but likes the cereal, the L’Oréal “Because I’m Worth It” campaign with the hair flips and the Enjoli ad where she sings: “I can bring home the bacon, fry it up in the pan, and never let you forget you’re a man.”