Walmart may get a sales lift from gun, e-cigarette moves: Marketer’s Brief

A recent survey shows consumers are now more likely to shop at Walmart
READ THIS NEXT
Black consumers are group most swayed by brand values and diversity practices, study finds

People like Walmart's moves to curtail guns, ammo and e-cigs
When Walmart says no to guns, ammo and vapes, apparently more people like it than don’t. The giant retailer is likely to get a lift from its recent decisions to ban open carry of firearms in its stores, to stop selling most ammunition other than for hunting rifles, and to stop selling e-cigarettes, according to research firm CivicScience.

Walmart shoppers do skew a bit more toward red states because the retailer has fewer stores in heavily populated coastal cities, John Dick, CEO of CivicScience says. But countering that effect, he says left-leaning folks are more likely to base purchases on political factors than right-leaning folks.

Separately, CivicScience found 81 percent of U.S. consumers support Walmart’s decision to stop selling e-cigarettes, while only 11 percent strongly support it. Dick believes Walmart will win on this decision too, even though its shoppers “significantly over-index as smokers.”

Happiness is…well-fed babies
Happy Family Organics is out with a new campaign from Caveat. The series of short spots feature real families in black-and-white footage of toddlers sleeping at the table, babies avoiding bedtime and kids smiling through routine tasks like teeth-brushing. In one, a voiceover says, “Sometimes happy eats. Sometimes happy sleeps. Sometimes happy does both,” as the child passes out while eating. Happy Family is promoting the campaign by asking consumers to use its #HappinessWinsChallenge hashtag; for each post, the B-Corp-certified company will donate $1 to Spoon, a nutrition-focused nonprofit.

Gettin’ Vizzy with it
Another day, another new hard seltzer. MillerCoors is trying to make up ground in alcohol’s hottest segment with a new seltzer called Vizzy, set for a spring debut. The brewer already offers a seltzer under its Henry’s brand, but that remains far behind the two seltzer leaders: White Claw and Truly. Vizzy will contain 5 percent alcohol-by-volume and be made with super fruits, Beer Business Daily reported this week.

Meanwhile, the brewer is pushing its new Hard Cold Brew Coffee with a new campaign by Mono called “Rally Like a Grownup.” The brew is made in partnership with La Colombe Coffee Roasters, whose name is on the label. It is rolling out in Boston, Denver and Florida’s Tampa/Fort Myers/Treasure Coast area.

Missed delivery
Last week, we reported on DiGiorno delivering pizzas for National Pizza Month (October). So far the stunt has proven to be polarizing. While some people were enthusiastic, others felt a little betrayed by the brand so blatantly going against its whole premise and tagline: “It’s not delivery, it’s DiGiorno.” “So it is delivery,” tweeted one user. “There you go breaking promises again,” tweeted another. This Star Wars meme with Obi Wan Kenobi also got a lot of play:

Would you buy this?
J. Crew has a new twist on the CMO title. The clothier, in a collab with maternity brand Hatch, is selling a $59.50 t-shirt that reads CMO Chief Mama Officer. Maybe the designers read this story? 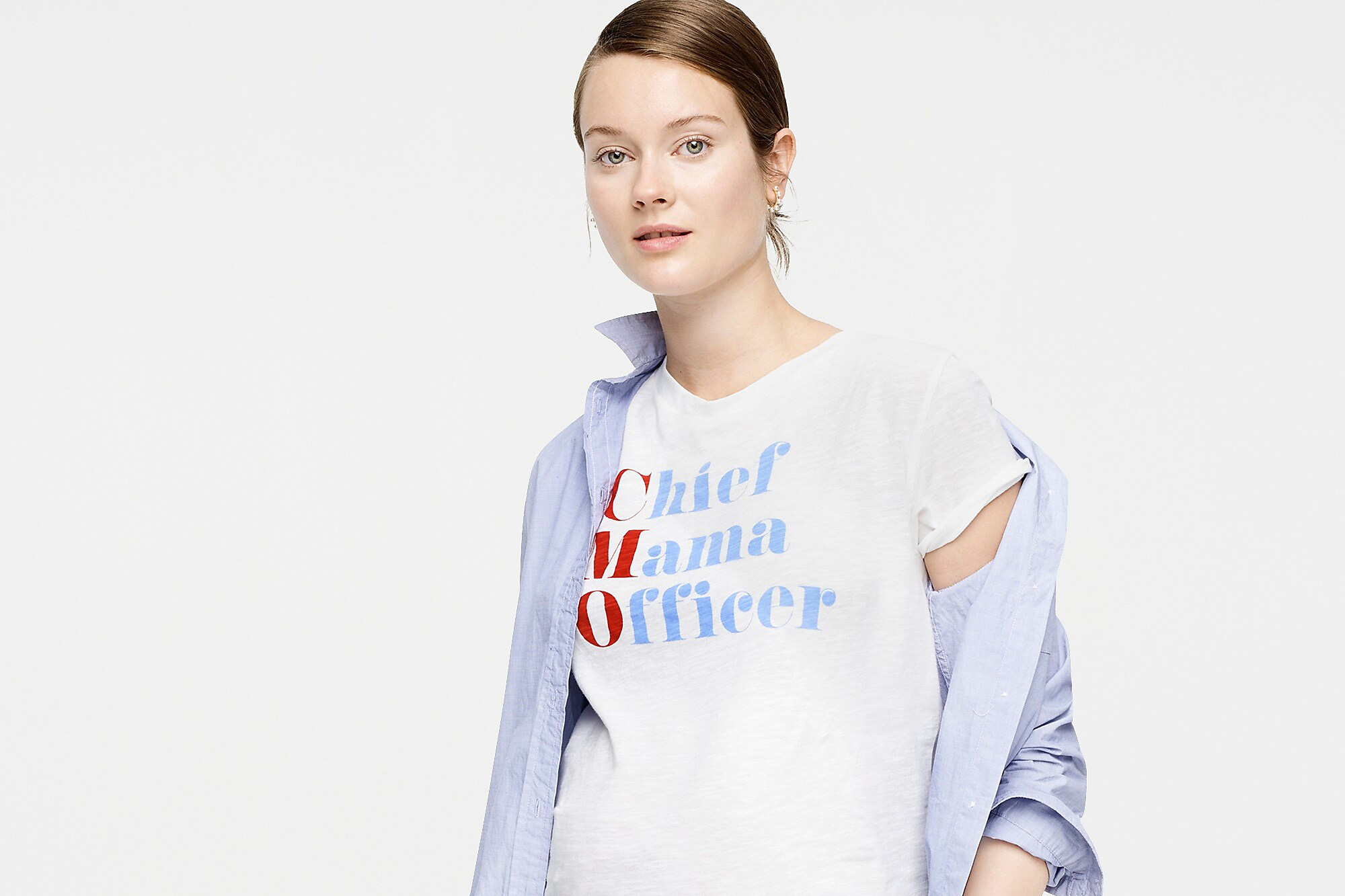 Number of the week
54 percent: number of online shoppers who subscribe to a subscription box service, according to recent data from Clutch, a ratings and review platform

No matter what night you launder your undershorts, @kenanthompson , Tide is an adequate laundry soap for just that purpose #ad pic.twitter.com/6WORBOC0lx

Comings and goings
UK-based Meatless Farm Co. named Lone Thomsen as its global chief marketing officer. Thomsen was most recently a London-based head of media and communications at Coca-Cola Co. and had been a strategic advisor to Meatless Farm before taking the CMO role. The UK-based plant-based meat marketer says it launched in 2018 and got its product into Whole Foods Market in the U.S. this year.

Procter & Gamble Co. has named Benjamin Spiegel, former CEO of Stagwell Group’s MMI Agency, as its new global chief digital officer for beauty. In his MMI role, Spiegel had worked on digital matters with several P&G brands. MMI has replaced Spiegel with Maggie Malek, who has been at the agency for 10 years, most recently as senior vice president-strategy.

P&G Beauty made the move because “while we are clearly making progress, it became clear that we needed a step change in capability to accelerate our growth,” says spokeswoman Kelly Vanasse. “We believe bringing Ben into P&G Beauty will help us grow, retain and attract the best talent in the industry.” In addition to his MMI role, Spiegel previously led the search practice across GroupM agencies and led the Catalyst business for P&G. Vanasse said P&G will continue working with MMI.