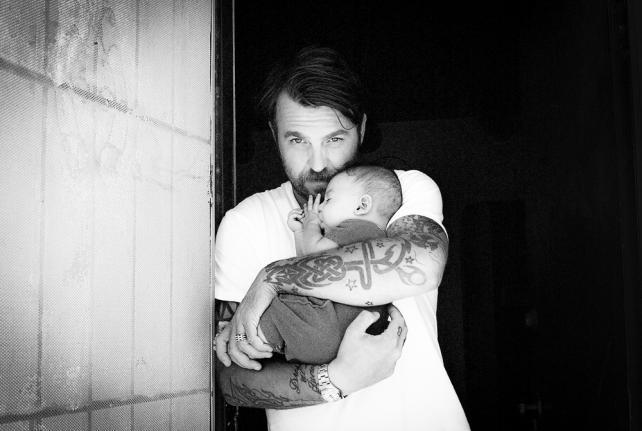 The creative community recently lost one of its bravest, Wyatt Neumann, a multitalented creative/director/photographer known for challenging the assumptions of the general public and for, overall, making the world a better, and more informed place.

Mr. Neumann had suffered a brain aneurysm while driving his motorcycle in Delaware last Thursday, causing him to lose control of his vehicle. He is survived by his wife Jena and two children Stella and Takota.

Mr. Neumann had been a creative director at agencies including Decon and R/GA but perhaps was best known for his photography and directing. He grabbed the spotlight last year with his controversial photography exhibit, "I Feel Sorry for Your Children," created in response to the social-media outcry over photos he took of his daughter Stella during a cross-country road trip.

The exhibit included intimate images of his daughter in playful moments, including some photographs in which she was nude or partially clothed. After Mr. Neumann posted the photos on social media, they sparked criticism from people as being pedophilic, but his exhibit was a powerful attempt to reclaim the innocence of the parent-child bond in a society that has become tainted with darker, more sinister points of view.

Mr. Neumann also used his photography and creative connections to help the community. While at Decon, for example, he and his artist friends started "Bring Back the Boardwalks," an organization that sought to provide relief to Hurricane Sandy victims through art-related fundraisers.

Just last month, Mr. Neumann spoke about bravery and creativity during a presentation for the Advertising Club of New York. Looking back on the images and controversy that inspired "I Feel Sorry," Mr. Neumann provided some inspiring words of encouragement: "When you get stuck in these situations, if you've done everything up until that point with integrity, if you stand on your own two feet and you believe in what you do, then it's not that difficult to be brave. You're not making a choice at that moment where the. . . possibility of failure is really that clear because you just follow your heart. Your heart and your integrity give you something to dig your heels into, a place to stand when the shitstorm comes your way." (See the film he presented below.)

Mr. Neumann touched many lives and was known for sparking meaningful conversation -- and debate -- in the most unexpected situations and with unsuspecting people. His former colleague Misha Louy, partner/executive producer at Decon, described him as "a limited edition human, one of those super rare ones that you may scour forever looking for. He taught me to stand strong by my principles yet never judge someone for having their own. Wyatt knew how to show up, anytime I needed him for the tough moments, to celebrate triumphs or just to burn the day away with fun. Nobody cared more about his family, friends and strangers more than Wyatt. His unique spirit will live on through his beautiful family and the wide array of close friends that he has brought together so tightly since his passing. I really look up to him; he was a true hero of mine and will always be. I love you Wyatt Neumann."

Agent Gold Founder and former Co:Collective Chief Curator Eva McCloskey was another close friend. "He had the biggest heart, and would give the shirt off his back to a complete stranger just as soon as he would help a dear friend in need," she said. "The ferocity with which he would debate with you about literally anything could be intimidating. He was my partner-in-crime in the ad world, always my forever roommate in Cannes, the absolute best shoulder to cry on after a bad day or a bad breakup. He did everything with passion, from his work, to making sure he made lasting memories with his beautiful children Stella and Takota. Wyatt was a rebel in the world of advertising. and love him, or hate him, he had a lasting effect on everyone who crossed his path. I know he is looking down on us, giving us all the middle finger, with a smile."

Mr. Neumann's family and friends will be hosting a memorial service Tuesday, June 16, at The Jane Ballroom in New York City from 6:30 p.m. to 11:00 p.m. Full details and RSVP link can be found here.

They've also set up The Wyatt Neumann Family Fund to help support his wife and kids, and donations can be made through this site.