The actor and writer on comedic advertising, K-pop, zombies and more as he signs with RSA Films
READ THIS NEXT
Global brands back Paralympics push to 'normalize' disability
Credit: Dave Willis/courtesy Simon Hargreaves

He may be one of the funniest British actors and writers of his generation, but when it comes to directing commercials, Simon Pegg has some serious principles. The actor, writer and star of “Shaun of the Dead,” and the forthcoming “Mission: Impossible 7” has just signed to the production roster of Ridley Scott’s RSA Films for global commercial representation. But, speaking to Ad Age at the inaugural U.K. Creative Festival in Margate, England, he wanted to make clear that there are some areas he won’t touch.

“I would never do gambling, drinking, anything that hurts people or is detrimental to people’s way of life,” says Pegg. “But I would happily get involved in something that would enrich people’s lives.”

“If I direct a commercial, I want to believe in the product. You want to believe in it so you can sell it honestly. So, if it was something like say an electric car, where you think, everybody should be participating in this thing because it’s positive, then you’re invested.”

Pegg can afford to be selective; since his beginnings on offbeat U.K. TV comedy “Spaced,” he’s experienced enormous critical and popular success. From both acting in and writing cult comedies such as “Shaun of the Dead” and “Hot Fuzz,” he graduated to roles in huge Hollywood franchises such as “Star Wars,” “Star Trek,” and “Mission: Impossible.” (And his refusal to touch alcohol advertising has personal resonance; having suffered from addiction, he is now sober.)

Pegg’s desire to direct ads comes across as genuine rather than just a lucrative sideline.

“What I really want to do is direct, whether that’s episodic TV, commercials or features,” he explains. “It’s something I really want to make part of my life. The idea of making short, impactful films really interests me. And I feel like this is great space in which to do that.”

Earlier, being interviewed on stage by Uncommon co-founder Nils Leonard at the Festival, Pegg explained that the shorter time frame of advertising shoots is also appealing. “I’ve just spent a year filming 'Mission: Impossible 7,' so three days seems like a dream.”

Pegg and Leonard appeared as part of the program of the U.K. Creative Festival, which included the 76th Creative Circle Awards and is committing to helping create a more diverse and representative workforce by establishing a free-to-access careers fair. 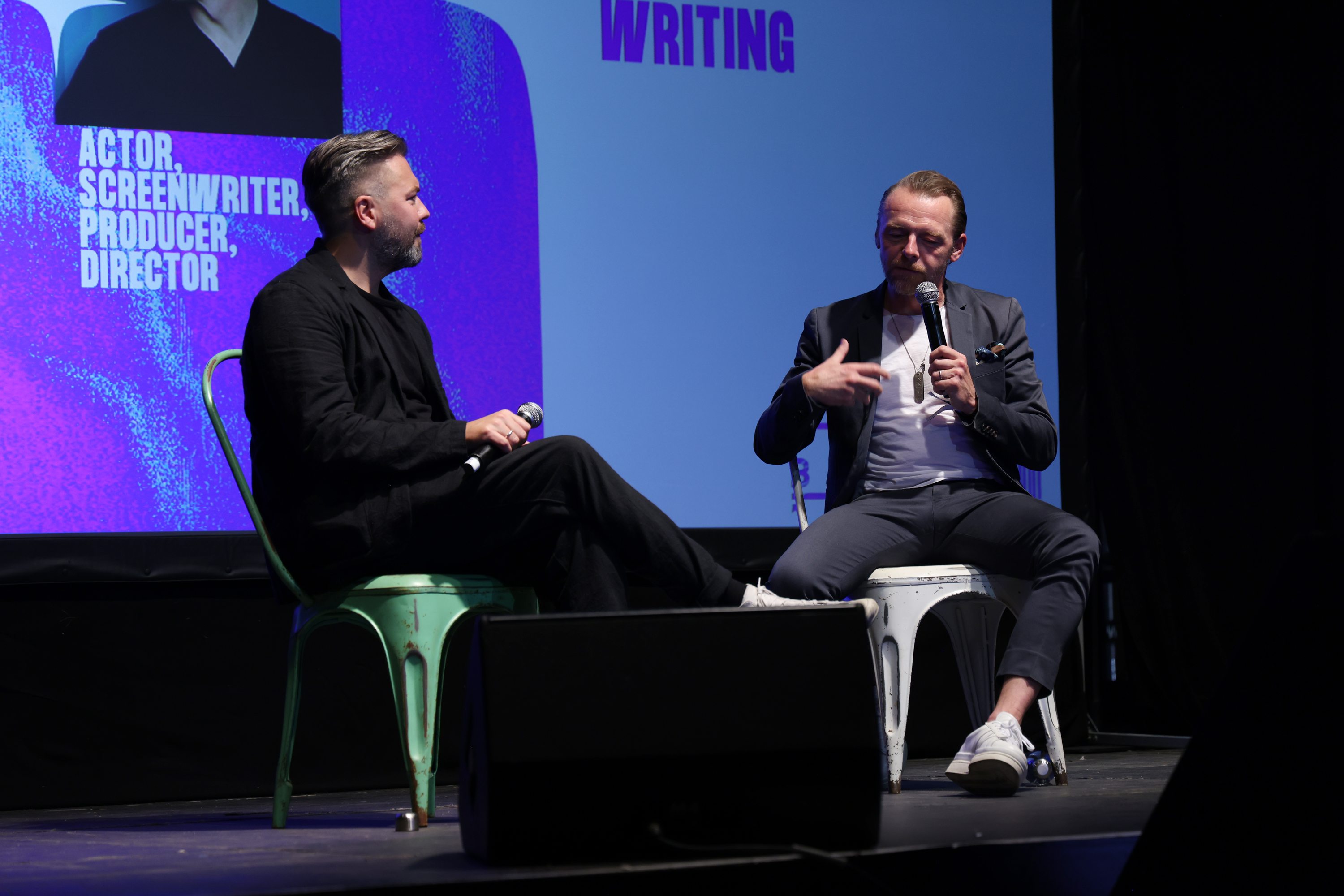 But it’s not just about quick turnarounds; having worked on big blockbusters, Pegg also says he sees advertising as a chance to hone his filmmaking skills in a more focused environment. “I see a degree of unnecessary time-wasting in making bigger films. If you know how to make something quick and well and under budget, it counts.”

“One of most problematic elements of filmmaking is the amount of time you have and the amount of wiggle room that you have—it can make you lazy. It encourages a certain approach which is much less focused and more ‘fix it later.’ In advertising, you have to deal with it there and then and it’s good discipline.”

As Nils Leonard points out in conversation with Pegg, while most advertising creatives dream of working on Hollywood feature films, it’s less typical for a bona fide Hollywood star to genuinely want to make ads (although, with the likes of Ryan Reynolds and The Rock now power players in commercial production, things are arguably changing).

Pegg may well have taken inspiration from his longtime collaborator, “Baby Driver” director Edgar Wright, who’s also a veteran of commercials. He admits that in the past, “I’ve looked at Edgar and the likes of [Steven] Spielberg and I’ve just thought what’s the point, because I can’t do what they do. But more recently, I’ve been thinking maybe I can.”

He also feels as if the creative space around advertising is changing. “With branded content, these are short films that are being made. And I want to move around in a more imaginative space,” he says.

Pegg says he “loves visual storytelling” and explains that he was always interested in filmmaking; on stage, he recounted an early visit to the cinema to see “Raiders of the Lost Ark” that sparked a lifelong admiration of Spielberg. (“I feel so grateful to him that I just always want to cuddle him,” he confesses, explaining that this can be a somewhat awkward impulse to contend with on the occasions he’s met his hero.)

So what ads stood out during his early days?  The iconic Hamlet cigar campaign (from Collett Dickinson Pearce) was one. “When they first aired 'Star Wars' on network TV in 1980 or so, I remember the Hamlet ad where they put the robot’s head on backwards,” he recalls. The first commercial he loved on an artistic level was the trippy 1993 Dunlop tyre commercial set to the Velvet Underground’s “Venus in Furs,” directed by Tony Kaye.

He’s also had some limited experience with ads himself; he’s a veteran of voiceovers, for the likes of Lovefilm and the Wild Bean Café.  But apart from an early appearance in a cough syrup ad, he’s appeared in few commercials. That's a deliberate choice, he says: “The hardest thing as an actor is that you become very synonymous with a product. I've never done in-vision commercials for that reason. I would have to be very invested in the thing.” 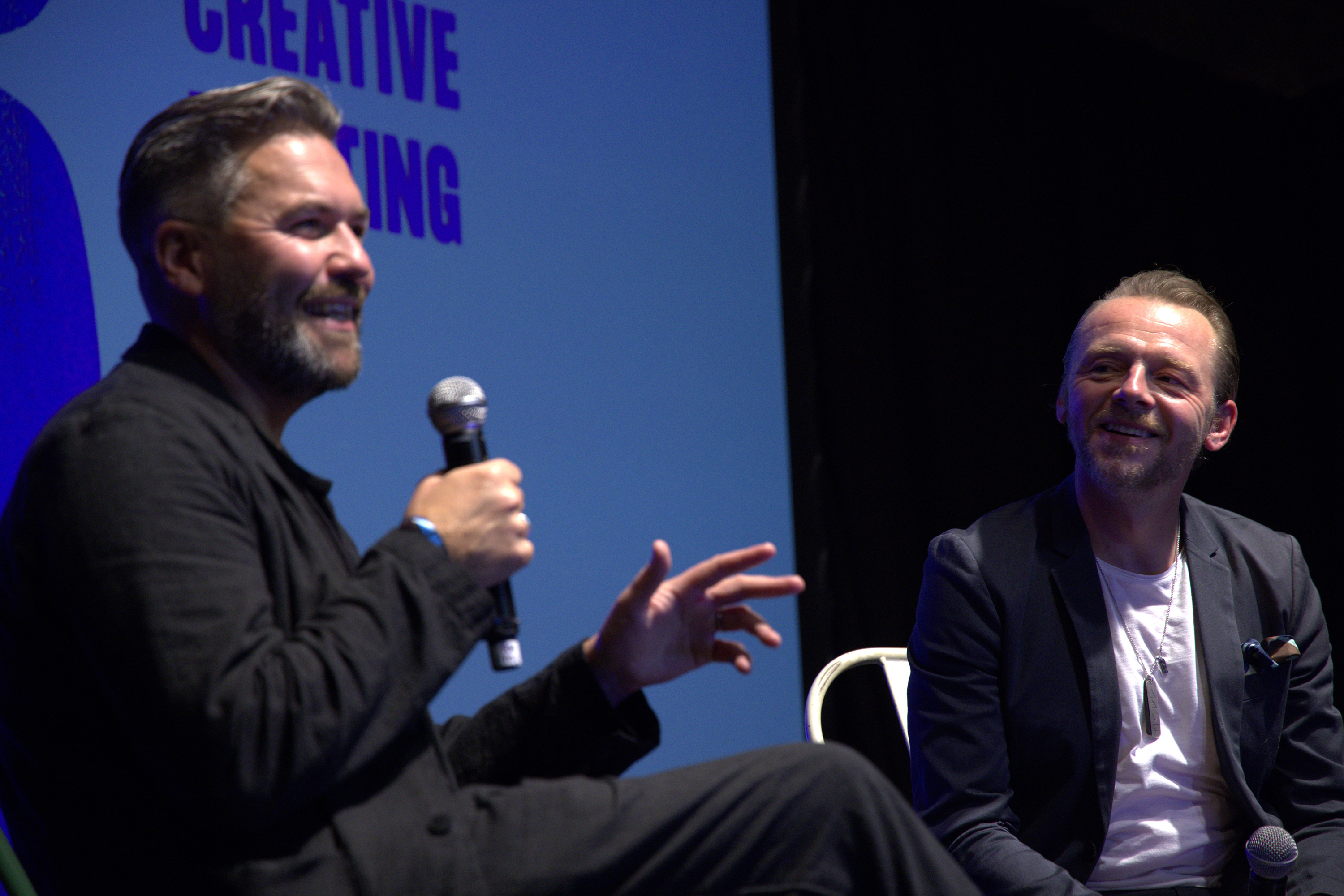 What Pegg can undoubtedly bring to the table in advertising terms is his comedic genius and subversive humor. “Shaun of the Dead” has been voted one of the best British comedies ever made by the likes of Empire magazine and Channel 4. (And a quick poll of this journalist's contemporaries finds more than one naming “Hot Fuzz” as their favorite film of all time.)

But how would he address the current gripe heard amongst Cannes juries this year, as well as elsewhere, that ads just aren’t funny anymore? With many traditional types of humor now seen as off-limits given attitudinal changes in society and the pandemic, not to mention brands lining up to be purposeful, how would he go about making a commercial that will make people laugh?

“The most important thing is to make sure that funny people are involved in the creation of it,” he says. “You can approximate what’s funny and see the mathematics of comedy sometimes, but unless you are working with people who understand the dynamics of comedy then it’s not going to be funny.”

Getting the right comedic actors on board is therefore important. “What would be nice would be to give an actor a script, and see if they want to do it because of the script rather than the product,” he says.

As Pegg points out: “Video games traditionally had terrible voice actors—often it would just be the developers. Suddenly they started hiring actors to be in them and it got a lot better. It’s the same with comedy advertising—you need to get better comedy people involved.”

Video games are close to Pegg’s heart; gaming references have constantly popped up in his work. As he explained on stage, an episode of “Spaced,” where his character imagined he was in a zombie video game, originally inspired “Shaun of the Dead.” And he sees the games as a fertile ground for advertisers. “I see film companies starting to do it with the likes of Fortnite; there’s a lot of gaming crossover in entertainment.”

Meanwhile, for any creative hoping to write a script that appeals, Pegg has some sound screenwriting advice. “Don’t try and write a masterpiece straight away,” he says. “Your first job is to write the shittest possible version of what you’re going to do. The first draft of ‘Hot Fuzz’ was rubbish.”

As for the future of comedy, he sees it in the raw talent emerging on social media. With a 12-year-old daughter, Pegg knows only too well that the future of advertising isn’t TV commercials.

"I think the meme generation are going to come through strong when it comes to advertising," he says. "Kids that can make funny clips in literally six seconds, the TikTok people. I foresee a wave of migration from the bedroom to the world of advertising where content is literally that quick. There are stars emerging from that landscape now and advertising is perfect for them because give them six seconds and they’ll make you laugh.”

Another unexpected influence we might see in Pegg’s commercial career? K-pop. His daughter is obsessed with it, and now he says he loves it too, along with Korean TV, which he says can be “hilariously funny, heartbreaking and violent all in the same show.”

When it comes to his future commercial projects, watch this space. And if Pegg’s directing career spawns a zombie-themed video game campaign with K-pop overtones for an electric car brand, you read it here first.