How publishers can control ad strategy in the cookieless future

The last 20 years of programmatic evolution have had a profound impact on the way publishers and advertisers operate. It’s prompted an influx of new technology, partnerships and user data, but has also brought to light many challenges and questions. Much of this now relates to online identification. Given the rapidly changing landscape and rise of the so-called “cookiepocalypse,” many publishers are struggling to see how they will fit into this new world order.

Yet in the face of pressure to protect user data while maintaining steady revenues, publishers are realizing they have an opportunity to decide their own fate. For many, the solution is a more transparent relationship with advertisers. Publishers have more power than ever to leverage their data, audience insights and partnerships to position themselves as industry drivers, thus controlling the ad strategy of the cookie-less future.

Before the rise of programmatic, publishers and advertisers often established exclusive relationships, working one-on-one for the benefit of the consumer. While that is not so much the case these days, it's a strategy that many from both sides are quickly revisiting.

With the end of third-party cookies looming, the market value for first-party cookies is growing. Advertisers are turning their focus on recouping up to 70 percent potential data loss, due mainly to Intelligent Tracking Prevention (ITP), Firefox updates and other browser changes. On the other hand, publishers are seeing a much smaller potential loss—up to only 30 percent. This difference is due to the fact that advertisers are losing third-party data through the browsers they relied on so much. Publishers, on the other hand, have not lost sight of the value that first-party cookies bring. This gives an advantage to publishers that they’ve not seen before, one that puts them on more equal footing with advertisers and better positions them to thrive in a privacy first world.

Advertisers understand that getting closer to publishers is in their best interest, but they must leverage this opportunity as a long-term solution to gain better user insights and scale. Thinking of this as a way to make only short-term profits would be a mistake.

As publishers and advertisers realize that they need to work more closely, they will also discover less need for so many intermediary partners and resellers. We see this strategy already in play, with large publishers such as Hearst and Business Insider cutting partnership ties. According to an article in AdExchanger, for example, The New York Times reduced its programmatic partners by 75 percent over a three-year period and ended all reseller relationships. Publishers need to choose their third-party partners carefully, collaborating with ones that will help to further enrich their data insights and provide the analytic power to help improve monetization. This strategy opens up a more efficient exchange path between publisher and advertiser, leading to increased transparency and quality ads.

Having a wealth of data is one thing, but knowing how to leverage that data for the benefit of yourself and your partners will set certain publishers apart over the next two years. Publishers have access to incredibly valuable first-party data, but often the value of that data by itself can be limited and many still don’t truly know their audiences as well as they should.

Publishers are making more effort to understand the value of their ad inventory and, with that, scaling down third-party partners to more efficiently leverage their own data. Many publishers today are looking into things such as data clean rooms or building out their own data platforms. This idea of a shared and secure environment where two or more companies can, to a certain degree, gain visibility to each other’s data offers a tremendous amount of opportunity.

The way metrics are being viewed is changing as well. Quality content is becoming more of a focus along with viewability. Publishers are finding themselves in the driver’s seat as they look to sell inventory on a viewability basis, enabling them to offer higher-quality inventory at a competitive cost in the market.

Another challenge publishers can’t ignore is the increased competition from the triopoly of Google, Facebook and Amazon and walled gardens in ad tech. Unlike these giants, which are rooted in tech with seemingly unlimited resources, many publishers find themselves playing catch-up. While some have the resources to hire data scientists and engineers to leverage their data, many others simply cannot. Publishers can overcome this challenge by aligning themselves with partners that are investing in tech and have the history and resources to help slow the growing global market share of a Facebook or Google.

Publishers have an opportunity to leverage their data and audience insights to position themselves as industry leaders. If the correct partnerships can be established and challenges identified, the next step for publishers will be to define their strategy for the cookieless world of the future.

With a lack of data standardization across the publisher landscape, it’s time to partner up and build the infrastructure to support a first-party cookie world. While it would be easy for publishers to just sit back and hope that organizations such as IAB will develop guidelines and rules of engagements, they can't rely on this. It's going to take the publisher and advertiser communities coming together to help define privacy regulations and guide data strategy. This new cookieless world is offering a unique opportunity for publishers to lead the industry, control the conversation and define their own destiny.

Criteo (NASDAQ: CRTO) is the global technology company powering the world’s marketers with trusted and impactful advertising. Criteo’s 2,700 team members partner with over 20,000 customers and thousands of publishers around the globe to deliver effective advertising across all channels by applying advanced machine learning to unparalleled data sets. Criteo empowers companies of all sizes with the technology they need to better know and serve their customers. For more information, please visit www.criteo.com. 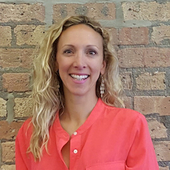 As Criteo’s global vice president of supply, Meredith Goldman oversees the company’s supply strategy and operations. Meredith has spent her career at the forefront of ad tech. She joined the industry over 14 years ago as an early employee at Right Media and AppNexus.