Developers Might Pay to Have Apps Show Up Prominently
READ THIS NEXT
Attn launches TikTok Studio with Unilever, Clorox, Google 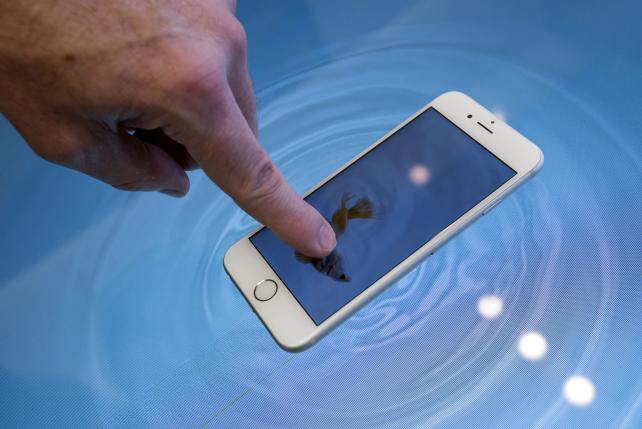 Apple has constructed a secret team to explore changes to the App Store, including a new strategy for charging developers to have their apps more prominently displayed, according to people familiar with the plans.

Among the ideas being pursued, Apple is considering paid search, a Google-like model in which companies would pay to have their app shown at the top of search results based on what a customer is seeking. For instance, a game developer could pay to have its program shown when somebody looks for "football game," "word puzzle" or "blackjack."

Paid search, which Google turned into a multibillion-dollar business, would give Apple a new way to make money from the App Store. The growing marketing budgets of app developers such as "Clash of Clans" maker Supercell have proven to be lucrative sources of revenue for Internet companies, including Facebook and Twitter.

About 100 employees are working on the project, including many engineers from Apple's advertising group iAd that's being scaled back, said the people, who asked not to be identified because the plans are private. The effort is being spearheaded by Apple Vice President Todd Teresi, who led iAd.

If Apple goes through with the idea, "it's going to be huge," said Krishna Subramanian, the co-founder of Captiv8, which helps brands market using social media. "Anything that you can do to help drive more awareness to your app, to get organic downloads, is critical."

In addition to paid search, the team is trying to improve the way customers browse in the App Store. The new search team hasn't been working long and it's unclear when any new changes will be introduced.

The App Store is a vital part of the company's business. The more software that customers download, the more likely they are to keep buying Apple's products rather than switch to a phone or tablet made by another manufacturer. The store's success was a key reason the iPhone and iPad became so popular with consumers and is central to CEOr Tim Cook's strategy of getting more sales from online services. Apple currently gets about 30% of each app sale, which is part of the $20 billion in services revenue the company generated last fiscal year.

The attempt to improve search is a sign that Apple knows the App Store has become harder for customers to navigate. First introduced in 2008, the store now has more than 1.5 million apps, with customers downloading more than 100 billion since its debut. App developers have for years urged the iPhone maker to add fresh discovery tools for users, arguing the crowded market makes it increasingly hard for people to discover new apps or build sustainable businesses.

Apple has taken steps to improve search in the past. In 2012, Apple acquired an app search-engine company named Chomp to help address the problem. In December, Mr. Cook changed the leadership of the App Store. He moved responsibility to Phil Schiller, Apple's senior vice president of worldwide marketing, and away from Eddy Cue, the senior vice president for Internet, software and services, whose portfolio has expanded as Apple has built out new online services such as Apple Pay and Apple Music.