The company is launching an app sign-on service that lets people choose to hide their contact information
READ THIS NEXT
Leveraging disruption: innovation, experimentation and the power of AI 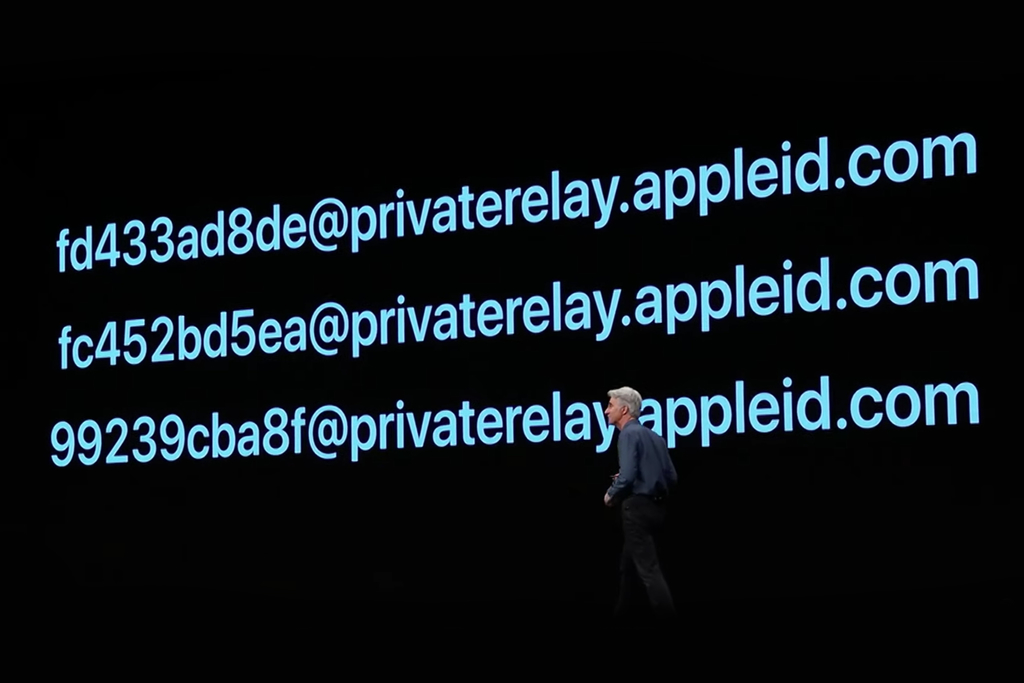 Craig Federighi, Apple's SVP of software engineering, shows how e-mail addresses can be cloaked from developers.

Apple is coming between marketers and their email lists with new privacy updates it revealed at its yearly Worldwide Developers Conference.

At Monday's event, Apple showed off a new sign-on service—an alternative to offerings from Facebook and Google—that lets consumers join apps using their Apple accounts. One of the perks is a more private option, so consumers don't have to share their true email addresses with developers and brands when they sign up for services. Also, if consumers want to deactivate their email connection to a marketer they can, and the marketer won’t have an address on file.

The new option, which will roll out in a software update in the autumn, comes as Apple is touting its commitment to user privacy and trying to differentiate itself from Google and Facebook, whose business models are reliant on ad targeting. The sign-in service will give people the option to share their authentic email addresses or cloaked ones with any app they join.

Marketers would obviously prefer they choose to share their real addresses, because emails are often a lifeline for brands to target ads to.

“For pure performance-based advertisers it can make a big difference to not have email addresses,” says Brian Wieser, global head of business intelligence at GroupM.

Performance marketers are the ones most dependent on email addresses to target audiences with ads online. They are looking for the most lucrative consumers to hit with the most high-pressure sales tactics to win their business. Most advertisers and major media publishers also rely on email to stay in contact with their customers. Email lists can also be used to target ads on Facebook, Google and other platforms.

Wieser says savvy advertisers are coming up with new ways of mounting effective ad campaigns as the industry cracks down on the free flow of data in general. "If your entire performance model is based on one specific data set like e-mail, that’s a bigger problem," he says.

In 2017, Apple started adopting stricter do-not-track safeguards that prevented websites from following consumers across the internet with persistent cookies—digital files placed on people’s browsers that store information about their web habits.

Apple has taken aim at the digital ad industry’s most troubling practices and called out fellow Silicon Valley rivals, Google and Facebook, in particular, for their business models. While both companies have upgraded their privacy mechanics in recent months, they are still trying to strike a balance that allows for personalized marketing.

“We’re shutting the door on that abuse,” Apple CEO Tim Cook said at the conference.

Apple also revealed its latest version of its MacOS and iOS, the mobile operating software that runs its phones. It made changes to its media platform, discontinuing its classic iTunes app and separating it into three properties—Apple Music, Podcasts and TV.

One of the most well-received updates to Apple’s ecosystem was a new “dark mode” version of iOS, with a black background instead of bright white.

A new feature called “sidecar" transforms an iPad into a second screen for Mac computers, so the two work seamlessly together.

Also, Minecraft demonstrated Apple’s improved augmented reality platform that lets developers create virtual experiences that people can interact with through the cameras on their phones. Minecraft Earth, the next installment of the virtual-world-building game, incorporated new technology like motion tracking that captures people's real-life movements that then get acted out by characters in the game. There were also camera tricks that expanded the Minecraft buildings so they appeared life-size when looking at them through the camera; players could move around in the game by walking around and moving their cameras in front of them to explore the digital space.