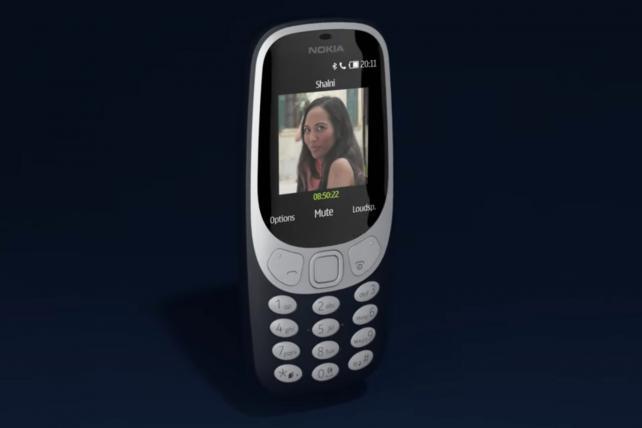 Nokia hopes to capture some of that nostalgic feel that Nintendo saw with its release of the NES Classic Edition, announcing that it plans to reintroduce its iconic Nokia 3310 globally by the second quarter this year.

It shared the news at an event Sunday ahead of Mobile World Congress in Barcelona, Spain, where more than 100,000 people are expected to attend.

Nokia's strategy is to use consumer fondness for its beloved older device to increase awareness for its first release of Android phones: The Nokia 6, 5 and 3. The modern phones will include a host of new features, including integration of Google's native operating system.

The 17-year-old 3310 is likely responsible for introducing everyone to T9 Texting -- where you input letters using a dialpad, not a keyboard -- and "Snake."

Although the new 3310 will include an updated version of Snake, the company is also working with Facebook to make it available through the Messenger app.

The new 3310 will retail for about $50 and has two features not found on any of today's most expensive smartphones: 22 hours of talk time and one month of standby. The original phone, which came out in 2000 and saw sales of more than 125 million, wound up generating countless memes for both its reliability and for being virtually indestructible.

The redesigned version will feature 32 GB of storage, plays MP3s, sports a 2.4-inch screen (not a touch screen) and a 2 megapixel camera. Several colored plates will also be available for purchase that range from red, yellow, grey, black and blue.

It will also have an updated design that includes more curves and a matte finish.

The 3310's brand owner, HMD, will handle both marketing and the roll out of the device. Nokia, once a phone manufacturing powerhouse, sold its business to Microsoft in 2014 for a cool $7.2 billion. However, the sale allowed Nokia to keep some branding rights. In 2016, Microsoft sold the phone manufacturing portion of its business to Finnish company HMD, which is mostly made up mostly of former Nokia employees, for $350 million.

The original 3310 arrived at a time when mobile phones were first taking off. Thirty-nine out of 100 consumers owned a mobile device at that time, up from 2 in 100 back in 1990, according to a report from chip-manufacturer Qualcomm.