Movie's ad campaign created a bot that played with fans on the website, but not all the comments were friendly
READ THIS NEXT
Square to buy Jay-Z's Tidal music service and appoint him to the board 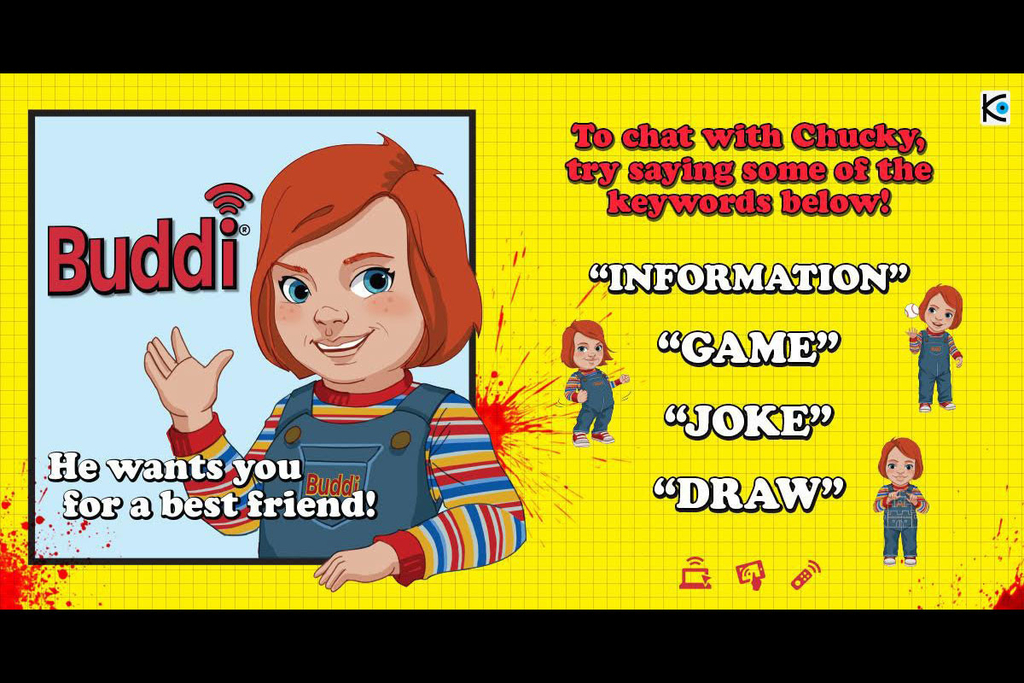 This Reddit ad was powered by a bot and generated 42,600 comments.

The studio behind the movie “Child’s Play” let its murderous doll loose on Reddit for an ad campaign—but the truly scary part was, it kept the comments on.

By the end of the week-and-a-half run for the campaign, there were 42,600 comments, which Reddit said was a record for the platform. Many of the comments were within the spirit of an R-rated movie franchise, but some clearly crossed the line. The three-person moderating team had its hands full keeping up with all the activity in what became a live Reddit experiment that sought to answer the eternal question: to allow comments or not?

“It’s traditionally pretty difficult to advertise on Reddit,” says Sylvain Tron, managing director of McKinney LA, who was involved in the campaign. “I think a lot of the time advertisers are inclined to just turn off commenting and to make sure no one actually trolls them. This was kind of the opposite.”

The campaign, which was created by the movie studio Orion Pictures, along with McKinney and Convrg, featured a sponsored Reddit post that asked users to interact with a bot based on Chucky, the homicidal smart toy in the film. The bot responded to words like “information,” “game,” “joke” and “draw,” and the coders wrote about 600 responses for the character, ranging from playful to threatening.

“I don’t think it [was dangerous],” says Liz Snower, co-founder of Convrg, the AI voice and messaging company that developed the technology for the bot. “Our tech is able to understand when and when not to respond, and how. Plus, Reddit has moderation measures in place. No AI, ours or anyone else’s, is perfect, but the more conversations it has, the ‘smarter’ and more adept it becomes.”

However, clearly some objectionable material slipped through. Some users propositioned the Chucky Bot for sex, another asked it if it says the “N-word,” without spelling out the slur. (The comment stayed online for four days until Reddit was notified about it for this story.)

That comment, and a few other wayward examples, may have made it into the forum, but the bot was programmed to avoid any bad actors. "When designing the bot, we created safeguards insuring the bot never replied with any language from a user, making it impossible to feed it something inappropriate to say," Tron says.

The most appropriate comments for the forum, however, were ones just asking the bot to tell a joke or a recollection about the original “Child’s Play.” Others asked the bot off-topic questions, like this one: "Chucky, why did my father leave me?" Chucky's response: "Because he didn’t love you enough."

Tron says the bot answered all the questions, though it was updated by a human team to respond to more queries as the campaign progressed by analyzing the most frequently cited keywords and topics among people talking to the bot.

Like many of the social platforms, including Facebook and YouTube, Reddit contends with the tension between allowing unfettered speech while also keeping users safe. Just last week, Reddit banned a “subreddit”—a user-controlled community—named “frenworld” for racist activities. On Wednesday, Reddit “quarantined” the most popular subreddit devoted to President Donald Trump after claims that it encouraged violent rhetoric, making the community less visible on the platform and off-limits to ads.

Reddit recently partnered with Oracle Data Cloud to develop ways that brands can monitor the content on Reddit and know the context in which their ads run. Reddit is expected to double its ad revenue in the U.S. from $100 million in 2019 to $200 million in 2021, according to eMarketer.

Last year, Welch’s ran a Reddit ad campaign with the comments on, and Reddit said that it found 94 percent of those comments were positive. Reddit says that more than 90 percent of comments on the "Child's Play" ad were positive, and some people in the comment thread seemed to agree. "It actually seems to be going pretty well," one commenter said responding to another Redditor who had predicted more chaos from opening the ad to comments.

Commenting goes more smoothly when people in the audience set the tone early, leading with a positive example that shows there are some people who appreciate the ad, even while others may roll their eyes at the brand intrusion. "Redditors tend to follow the cues of other Redditors,” says Rachel Weber, Reddit's entertainment brand strategy lead.

For the “Child’s Play” campaign most comments were within the brand’s comfort level, Tron says.

“We wanted something that felt native but also something that encouraged commenting and then rewarded it,” Tron says. “Whether you were trolling or not, we wanted the engagement and to not kind of shy away from the platform.”