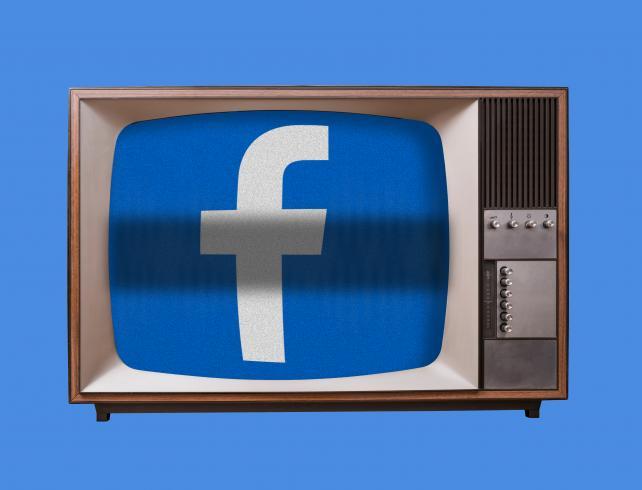 Facebook's plans to topple TV advertising have come to a halt as it shut down key programs that delivered commercials to TV networks and publishers online.

Ads are no longer being served to connected TV devices like smart TVs, Apple TV and Roku, the company confirmed. The reason, according to some digital publishers and major TV networks that have worked closely with the social network: Facebook couldn't get the high prices it wanted from advertisers and wound up losing money.

Facebook also discontinued a test among a small number of publishers that let them sell ads on their websites and apps using its targeting data. That program was called Audience Direct, and was an attempt to expand Facebook's reach into the wider world of ad serving technology online. That means two of its biggest initatives to challenge TV advertising were flops, failing to wow publishers and reel in brands in search of premium digital video.

"We worked with a small set of publishers to test two separate concepts: Audience Direct and connected TV monetization," a Facebook spokeswoman said in an e-mail statement. "Ultimately we decided not to move forward with either concept."

Facebook was trying to lure big-name media partners to plug into its ad network, by promising it could pay more for the inventory than the partners could get on their own, according to a number of TV and media executives, who spoke on condition of anonymity.

"The deal terms were insane," said one ad executive at a major TV network. "They were buying inventory at significantly higher prices than they were able to sell it."

The two programs, Facebook Audience Network and Audience Direct, were twin pillars of Facebook's strategy to build a video marketplace that could rival TV. Tubi and A&E Networks were among the first connected TV media partners, but the program failed to attract more participants, limiting the attractiveness for advertisers. The Audience Direct ad sales technology also failed to attract major media partners, according to a number of TV network and streaming executives who were pitched on the opportunity but passed. Hearst, ESPN and the former Scripps Networks Interactive were among the first to try Audience Direct.

"You could leverage Facebook data to sell ads on your platform, but you had to give them a cut and run all the ads through their system," says a TV digital ad executive, speaking on condition of anonymity. "It was interesting, but not something we were open to doing."

With connected TV, Facebook was promising media partners it could command ad prices of close to $30 for every thousand views, which is a respectable rate for premium online video. Turns out Facebook could only fetch desktop video ad prices, closer to $10, according to the publishers and network executives.

"Obviously that's not sustainable," says Tal Chalozin, chief technology officer at Innovid, a video advertising platform used by some of the biggest media companies online. "This kind of market works well if you can build it up massively, suddenly generating a ton of demand. If not, you just wind up burning money."

Facebook wound up having to cancel some contracts, guarantees it promised media partners for their ad inventory, because it was losing money, according to the people familiar with the program. Facebook declined to coment on the terms of any contracts, but it's known that it has a variety of deal structures with different media companies.

Digiday was first to report on Facebook discontinuing connected TV ads, and noted one major stumbling block—Roku, one of the most popular streaming boxes for connected TVs, doesn't work with Facebook. Facebook can't leverage its data on Roku devices to effectively target, wiping out any benefits it could provide the publishers and advertisers.

Facebook is expected to hit $10 billion in video ad revenue in the U.S. by 2020, according to eMarketer.

Facebook still has Watch, the YouTube rival that is trying to attract more media partners like the TV networks, which can post news and clips from their late night shows. Facebook is trying to attract advertisers to Watch with a premium video offering that will only run their ads in the best of the best content, similar to Google Preferred. However, Watch is also struggling, according to a number of advertisers.

"We've been pitched on the shows within Facebook Watch but haven't leaned into video on Facebook yet as the scale just isn't there," one top advertiser said recently, speaking on condition of anonymity.