Move Marks Second Time This Week It Borrows From Young Rival
READ THIS NEXT
TikTok tactics: What to know about reaching audiences on the social media platform 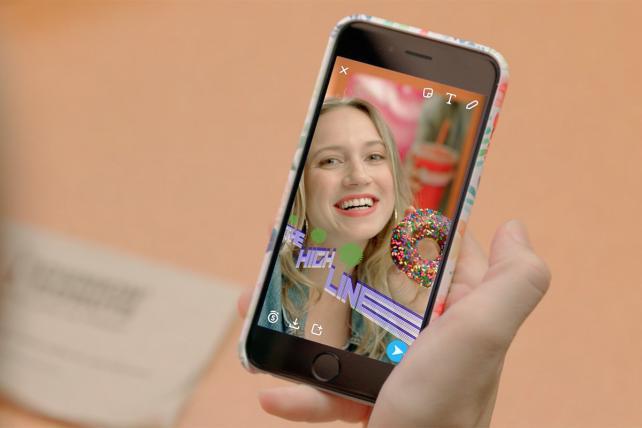 Facebook's next Snapchat-inspired innovation is here: Filters for people's selfies. The social network is offering users in Canada and Brazil a first look at camera features that resemble Snapchat's camera, according to USA Today.

Facebook users in those markets today will start seeing filters they can use to dress up their photos, which is a style made popular by Snapchat. On Snapchat, there are daily updates to the camera with new filters and animated lenses, which transform people's selfies into cartoonish characters.

Snapchat also turns lenses and filters into sponsorship opportunities; brands such as Gatorade, Taco Bell and movies like "X-Men: Apocalypse" have bought them, sometimes for millions of dollars, according to advertising insiders, depending on how many lenses.

Facebook has been chasing Snapchat to incorporate its most popular behaviors which are very popular with the youngest generations on social media.

"We're working to deliver better experiences for our communities and more ways for people to share more of what they care about with anyone they want," CEO Mark Zuckerberg said in Facebook's earnings call last month.

Facebook bought a company called MSQRD that specializes in augmented reality, which is a form of virtual reality. Augmented reality layers digital on top of the real world.

On the earnings call, Mr. Zuckerberg said the company is making "big investments" in augmented reality. "We're doing AR research and we are seeing lightweight versions of AR technology in mobile apps like MSQRD," he said.

The selfie filters mark the second time this week that Facebook has introduced updates to its products with Snapchat-style features. Facebook's Instagram began offering Stories, which is the same name Snapchat uses for its video slideshows that users and publishers post before they disappear within 24 hours.

Snapchat has clearly made its mark on social media and rivals are taking notice. Facebook and Instagram combine for more than 2 billion monthly users while Snapchat counts 150 million daily users.