Fuckjerry sued again, this time for stealing a meme

Controversial social media agency Jerry Media is in hot water again
READ THIS NEXT
Tuning into Trends: CTV is an Engagement Cornerstone 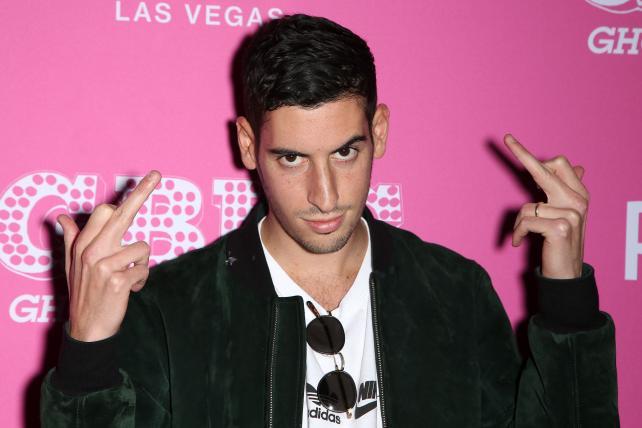 Déjà vu. Controversial social media agency Jerry Media is yet again being sued for its participation in another scandal.

On March 19, a copyright and trademark infringement lawsuit was filed in New York's Southern District Court against Jerry Media, its Instagram account @fuckjerry and founder Elliot Tebele. The plaintiff, Olorunfemi Coker, alleges that the popular Instagram account—it has more than 14 million followers—shared one of his original memes and used it to promote Tebele's tequila company JAJA. Coker is suing for $150,000 in damages.

Coker is described in the complaint as a "content creator" with 145,000 followers on Twitter and more than 60,000 followers on Instagram. The complaint includes a screenshot of Coker's original tweet, which he alleges @fuckjerry copied and shared with the caption "Me after my 6th glass of @JAJA," which tags the alcohol company. The Instagram post can no longer be found on the @fuckjerry account. Ad Age has reached out to @fuckjerry for comment but has not yet heard back. 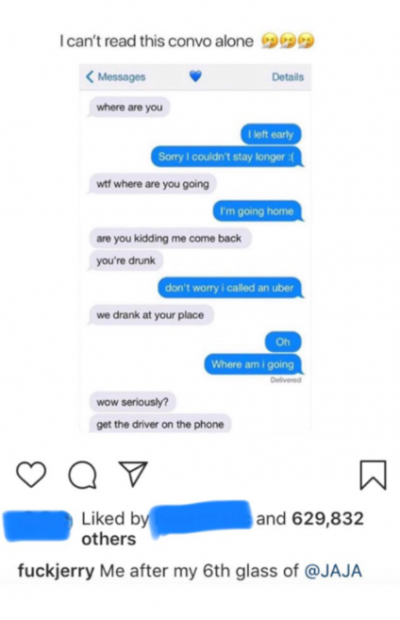 The lawsuit comes amid ongoing backlash against the account for copy-and-pasting comedians' existing jokes and sharing them as memes. When Vulture published an article at the beginning of February calling attention to @fuckjerry posting ads for its client Comedy Central's shows including "Broad City," "Corporate" and "The Other Two," it was the last straw for comedians who had seen their jokes taken and shared by the account. The hashtag #FuckFuckJerry trended on Twitter, as people campaigned others to unfollow the account, and Comedy Central subsequently removed the ads and stopped working with Jerry Media.

Tebele addressed the backlash in February with a post on Medium, apologizing for past indiscretions and promising to do better. "Effective immediately, we will no longer post content when we cannot identify the creator, and will require the original creator's advanced consent before publishing their content to our followers," Tebele wrote.

Of course, all this came after Jerry Media gained notoriety for planning the social media for the Fyre Festival, the disastrous failure of which was relayed in January Netflix and Hulu documentaries. The company is currently involved in another copyright infringement suit for allegedly using an influencer's video for the Fyre Festival documentary it produced with Netflix.'