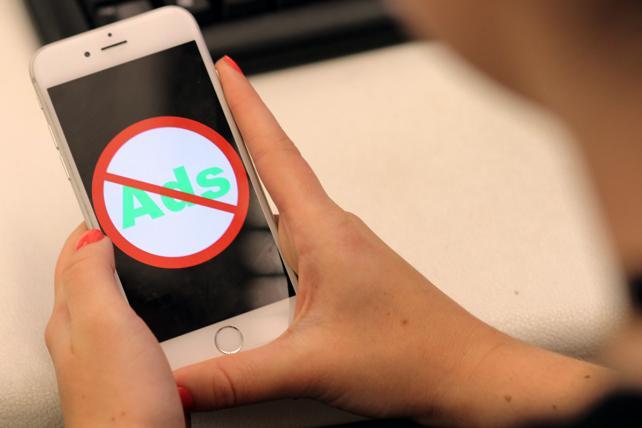 Like Luke Skywalker, Forbes has given new hope to publishers staring down the dark side of their particular universe: ad blocking.

It did it not by fighting or blocking its visitors who showed up with ad blockers running on their browsers, but by appealing to their morality.

That success has been among the hottest topics at the Interactive Advertising Bureau's Annual Leadership Meeting this week in Palm Desert, moving the conversation among publishers in attendance from how can they combat ad blocking to how can they engage with the people using ad blockers and win them back.

A host of companies, including Sourcepoint and Optimal, have sprung up looking to help publishers have that dialogue with their ad-blocking audience. Now Ghostery -- which offers its own tool to block third-party trackers to serve, target and measure ads but doesn't make any money from it -- is getting ready to join the fold.

Mr. Meyer announced the move during a keynote session on Tuesday.

"If you look at what Forbes is doing, it's really great, but this is much more scalable," Mr. Meyer said in an interview with Ad Age, adding that Ghostery's daily active user base numbers in the low eight figures. Ghostery's technology identifies 2,073 trackers that people can use its technology to block.

Ghostery will not charge publishers to use its appeals messaging tool, Mr. Meyer said. The only revenue the company generates from its tracker extension is from data it collects from people who opt in to let Ghostery see where and how their browsing data is being collected online. It then sells that data to site owners, including publishers and brands. Mr. Meyer said he plans to work with other companies supplying these appeals messages so that they don't create a worse user experience.

There are a few things that Ghostery still needs to iron out as it seeks publishers to test its messaging tool. For one, it needs to figure out what exactly publishers should say when asking people to turn off their ad blockers. It also needs to figure what happens if a Ghostery user visits the site of a publisher who's working with a company like Sourcepoint or Optimal, so that that person isn't shown multiple messages asking he or she to turn off their ad blocker.

Persuasion won't be enough
But appeals messages are only a part of the answer. Publishers also need to slim down their sites if they want people to keep their ad blockers turned off. The number of unknown companies tracking their browsing behavior across sites is scaring them away, slowing them down and creeping them out. In a survey of 19,194 people Ghostery conducted last year, 40% cited security -- the fear of ads and ad trackers exposing them to hackers, a risk that has increased in the past year -- as the main reason to block ads. Roughly 20% cited trackers' negative impact on page-load speeds and 17% cited privacy.

Ghostery found that one-third of trackers use non-secure HTTP technology to send and receive data from a page. That can make audiences vulnerable to malware and lead them to see messages warning them that a site isn't secure, even if the site itself uses secure HTTPS technology. But it also puts the site at risk of losing their organic search ranking since Google has said it will penalize sites that load make non-secure requests, even if it's not the site but the tags it carries making those requests.

Ghostery also looked at how much of an impact trackers have on page-load speeds. It found that roughly half of the trackers it examined -- 800 out of 1,646 trackers -- take at least half a second to load on average.

"There's so much bloat that the industry has to slim down because on desktop the web is bad but on mobile it's really bad," Mr. Meyer said.