The complaint, which targets Google’s central role in the buying and selling of display ads across the web, was filed in federal court in Texas today
READ THIS NEXT
Make your ads more valuable by optimizing your landing pages 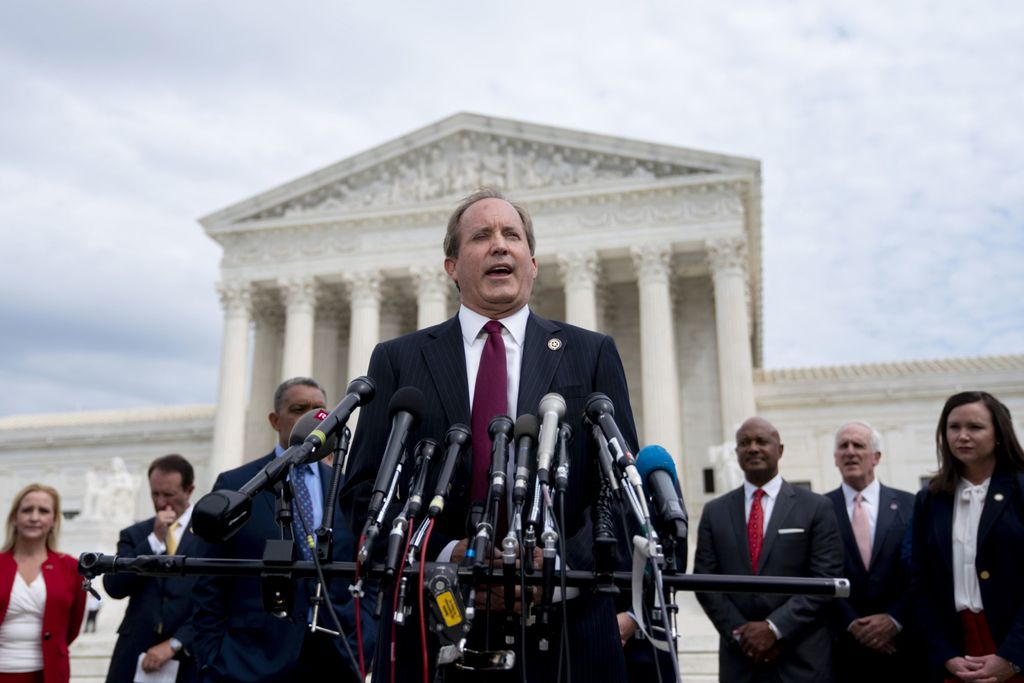 Alphabet’s Google reached an illegal deal with Facebook to maintain a chokehold over the lucrative digital advertising market, according to a lawsuit filed by 10 states led by Texas.

The complaint, which targets Google’s central role in the buying and selling of display ads across the web, was filed in federal court in Texas Wednesday.

“If the free market were a baseball game, Google positioned itself as the pitcher, the batter and the umpire,” Paxton said.

This internet Goliath used its power to manipulate the market, destroy competition, and harm YOU, the consumer. Stay tuned… pic.twitter.com/fdEVEWQb0e

The case marks the second antitrust action against the search giant after the U.S. Justice Department filed a landmark monopolization case against the company in October.

Texas and the states said Google came to dominate the display advertising market not through innovation, but by relying on exclusionary tactics that shut out competition.

“Digital ad prices have fallen over the last decade,” the spokesperson added. “Ad tech fees are falling too. Google’s ad tech fees are lower than the industry average. These are the hallmarks of a highly competitive industry.”

The states accused Google of entering into an illegal agreement with Facebook, its biggest competitor in the advertising market, to manipulate the online auctions where ad space is bought and sold. The agreement hasn’t been previously been made public.

Facebook threatened to compete against Google with its own marketplace and support a type of auction favored by publishers. Facebook then backed off in return for Google giving Facebook “information, speed and other advantages” in auctions run by Google for publishers’ mobile apps, according to the complaint.

Many of the details of their arrangement are redacted from the complaint, including Google’s internal code name for the deal which was inspired by a Star Wars character, the complaint says.

Pressure on dominant technology companies has escalated under President Donald Trump. Last week, Facebook was sued by the Federal Trade Commission and a coalition of states that want to break up the company by unwinding its acquisitions of Instagram and WhatsApp, deals the government says were part of a campaign to illegally crush competition.

The push is expected to continue under President-elect Joe Biden as the power of internet platforms has become a rare issue that’s raised concerns from both parties.

Paxton had also joined the Justice Department’s case in October, along with 10 other Republican state attorneys general, in the most significant monopolization case in more than two decades. The federal case focuses on Google’s position in online search, alleging that it used exclusive deals to extend its monopoly.

The Google adtech business, which sells services that handle almost every step a digital ad takes on its journey from a brand’s creative team to a consumer’s screen, generated more than $21 billion in revenue in 2019.

Paxton disclosed on Tuesday he would hire the law firm of mass-torts practitioner Mark Lanier, who won a multi-billion verdict against Johnson & Johnson in 2018, to lead the trial team. Paxton also said he plans to hire the firm Keller Lenkner LLC, which has sued Facebook. Ken Starr, the former independent counsel whose probe led to President Bill Clinton’s impeachment, will also be a part of the team from Lanier’s firm, Bloomberg reported.

Another group of states led by Colorado are also investigating Google and could file a third lawsuit as soon as Thursday focusing on the search and advertising business, according to two people familiar with the matter.

The Justice Department also investigated the adtech market, where Google operates technology for online publishers and advertisers as well as the exchanges that connect the two, Bloomberg reported. All the cases could eventually be consolidated before a single judge.

Critics and competitors say Google is breaking antitrust laws in its advertising technology business by providing discounts and special features to push advertisers and publishers to use only its products instead of mixing and matching with competing services. On top of being one of the world’s biggest providers of advertising space, Google also sells software tools used by nearly every part of the complex digital marketing industry.

Publishers and advertisers have long complained that Google’s vast and complex digital advertising system is a “black box” that leaves them in the dark about how ad placements are fulfilled and how prices are set. News publishers in particular have alleged the company is not adequately compensating them for content, leading to a precipitous decline in financial viability for journalism.

Google has previously said it has driven down the prices for ads while expanding opportunities for small businesses to reach customers. It has also boasted that it sends 70% of revenue from digital ads back to publishers, and has criticized the U.S. search case as “deeply flawed.”

Although Google began as a search engine, it grew quickly through acquisitions, including that of the DoubleClick digital advertising company in 2007, to control vast swaths of the digital advertising ecosystem. Google also stockpiled immense troves of data—decades’ worth of consumer and business buying preferences and surfing habits—to power its ads and make it harder for new entrants.

In September 2019, Paxton announced on the steps of the U.S. Supreme Court that he was leading 50 attorneys general in a probe of Google’s position in onlines ads. The move signaled bipartisan concerns about the company and heralded escalating public pressure.

Yet the Texas-led coalition began to split in the ensuing months as other states pursued their own lines of inquiry beyond the ad market, including Google’s search business and its Android mobile operating system, Bloomberg News reported.

Paxton, a conservative Republican, in October was accused by senior aides of potential crimes including bribery, which he has denied. The allegations, which aren’t related to the Google case, drew a rebuke from the campaign arm for Democratic attorneys general, which said his failure to resign threatened their “joint work.”

Google is also facing increasing pressure in Washington from other corners. A House panel that spent more than a year probing dominant tech companies accused Google of stealing content from rivals to create a “walled garden” to keep users on its properties, rather than directing them to other sites. The panel, led by Representative David Cicilline of Rhode Island, has proposed measures including prohibiting the companies from participating in markets that they also operate, which could effectively break some of them up.