Planters, Kool-Aid and Capri Sun were all affected. The hackers were identified and suspended from Twitter 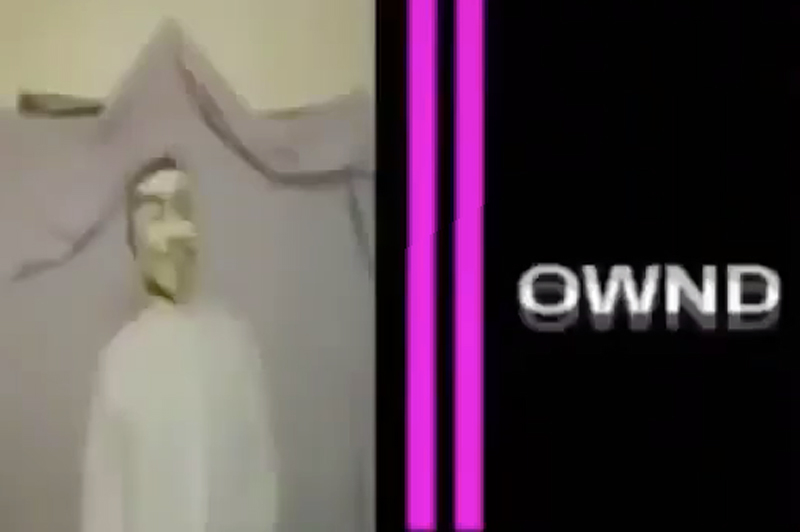 A still from the video posted by hacker group @ymmac to various Kraft-Heinz brands' accounts on Friday, May 31, 2019.

The Twitter accounts of several Kraft Heinz-owned brands were hacked Friday as the handles for Planters, Kool-Aid and Capri Sun all began churning out nonsensical and even obscene tweets.

The Planters Twitter account @MrPeanut, followed by 36,200 people and named after Planters’ monocled mascot, rattled off a series of nonsensical tweets in a thread that included language that ranged for inappropriate to obscene for a legume brand, including “penis” and “fuck.” 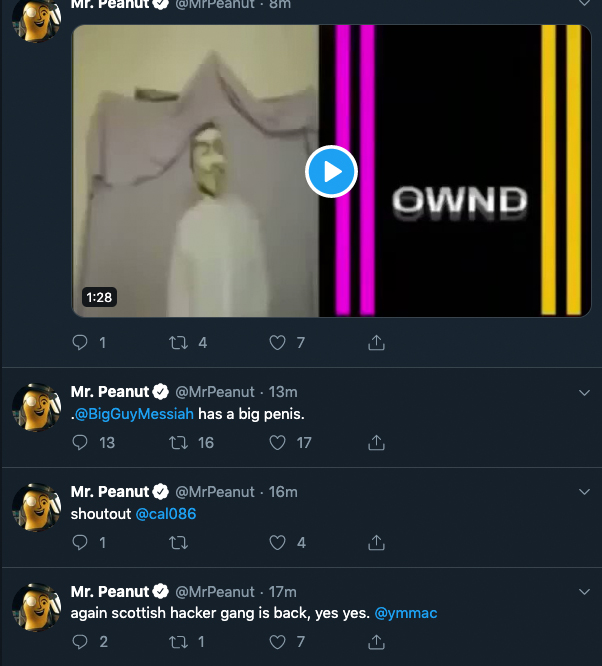 The bad actors also posted a video celebrating the hack.

By mid-day, the offending posts were taken down.

“We are aware that several of our brand Twitter accounts were hacked by an external source,” said Kraft Heinz spokeswoman Lynne Galia in an emailed statement. “We apologize for inappropriate content that was posted through our accounts that may have offended our fans. We’ve taken swift action to remove these posts and are investigating the situation with Twitter to ensure it doesn’t happen again.”

Kraft Heinz would not comment on whether any other brands were affected by the hack.

The @MrPeanut account has typically embraced a casual voice in the past that has made it a target of some followers. On Thursday, the account published a tweet that read: “To be or nut to be? That is the #ThursdayThought.” That prompted 78 comments, including a few making smutty references to the brand’s namesake.