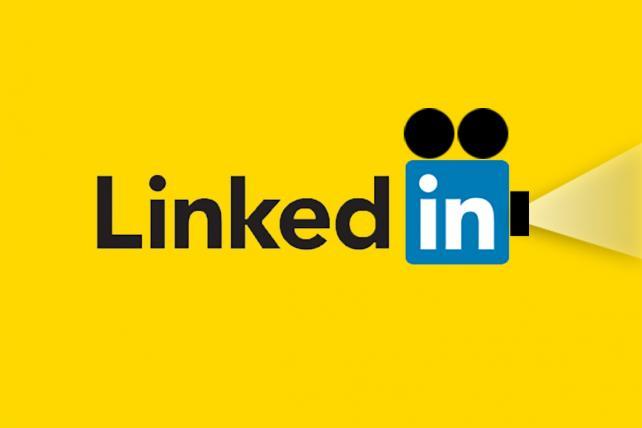 LinkedIn will start to look even more like Facebook as the business networking site rolls out an option for the sharing of videos on mobile phones. The feature, dubbed "native video" by LinkedIn, will be integrated in the coming weeks.

Videos will autoplay without sound and the company hinted it may ultimately offer brand's the option to promote video posts. Meanwhile, pre- and mid-roll advertising is also on the table and users shouldn't be surprised if they're eventually greeted with something called "LinkedIn Live."

"Live video is an interesting possibility down the road because it helps people add a whole different dimension," says Pete Davies, group product manager at LinkedIn. "There aren't plans today, but there are a lot of interesting features that we're going to look at."

Yet before advertising or live video can happen, LinkedIn has to get its users in the habit of sharing video. Users have been able to share YouTube links, but haven't been able to upload something they just shot with their phones.

LinkedIn has tested its video offering to select users who have the LinkedIn app. In one video, three Indonesian men just kind of stand around a piece of machinery drilling into the ground. It had 3 "Likes."

In another, HotelTonight CEO Sam Shank uses his phone to record himself and explain why it's important for companies to offer employees a free lunch at work. (A tour of HotelTonight's dining facility is also shared.) That spot garnered 986 "Likes."

Davies says CEOs can show off their workplace and culture, adding that such content work wonders for recruiting. Or brands can use video to attract prospective attendees to conferences or events he says, "and you can see how there can be a paid component for something like that.

"We are getting a wide range of people from tugboat operators to rock blasters and landscape architects," Davies continues. "So, we have to think about how video will be most useful for those people."

The company says users who've already shared video mainly fall into three core buckets: videos about a work project; behind-the-scenes of events; and tutorials. Early tests within LinkedIn also reveal that users are sharing video 20 times more than other content like images or posts. Users will be provided analytics allowing them to know what companies viewed their videos, plus other info including the person's title and location, which LinkedIn says is a key differentiator for its platform.

"This is basically a new product for us and when we began we were at zero," says Peter Roybal, video product manager at LinkedIn. "But we're encouraged to share our engagement rates."