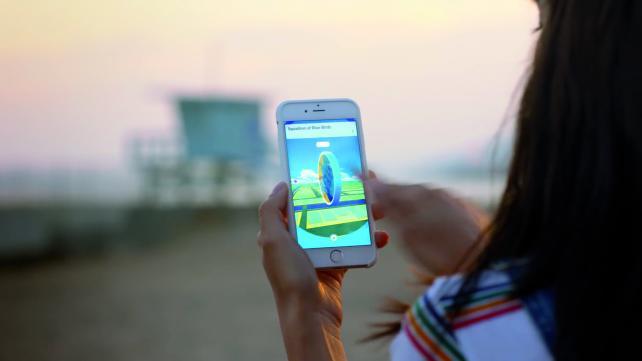 McDonald's will be a part of Pokémon's launch in Japan.
Credit: Nintendo

McDonald's says it will team up with the makers of Pokémon Go as the mobile game launches in Japan. But it's not giving many details for now.

McDonald's Holdings Co., the company's unit in Japan, put out a brief statement on its website confirming the collaboration. It said the game's national launch was expected soon, without giving an exact date, and the company said developers were working "intensely" to get ready for it. McDonald's Japan restaurants have already been giving away cute Pokémon collectibles with Happy Meals.

Niantic, the Google spinoff that developed the game, has said it will let marketers sign on to be locations featured in the game, which sends players out into their neighborhoods to capture animated creatures on their smartphones. Marketers will be charged by visit, similar to how search ads are charged by click.

TechCrunch has reported that McDonald's Japan would be the first sponsored location for the augmented reality game and that it "understands that McDonald's will be the first launch partner in a tie-in that will see its 3,000 plus fast food restaurants across Japan become gyms for would-be Pokémon collectors."

In the U.S., T-Mobile and Sprint are among the brands that have been improvising ways to tap into the craze as marketers wait for the sponsored locations to debut. T-Mobile exempted the game from data charges for a year.

The game has rolled out in locations from the U.S. to Germany to Australia, but not in Japan, which launched the original craze back in 1995. John Hanke, CEO of Pokémon Go developer Niantic, told Forbes that "the server capacity in Japan is not powerful enough" yet. San Francisco-based Niantic didn't return an email requesting more details on the McDonald's deal.

Reports of Pokémon working with the fast food chain caused the stock price of the McDonald's unit in Japan to jump 16% this week.