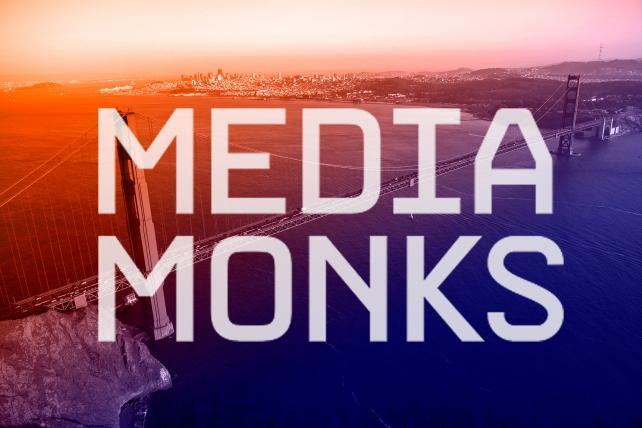 MediaMonks is expanding its U.S. footprint with a San Francisco office slated to open by the first quarter of next year. It marks the third U.S. office for MediaMonks, bumping its overall total to 12 worldwide.

MediaMonks execs say the agency has lost potential business due to its lack of presence in San Francisco. The shop currently operates offices in Los Angeles and New York. "I've lost work because I was in L.A. and couldn't come to a same-day meeting in San Francisco," says Wesley ter Haar, the agency's founder and chief operating officer who also leads the L.A. office.

The expansion brings the shop closer to one key Bay Area client, Google. But execs say they also want to be closer to emerging technologies coming from players such as Facebook and Twitter. "We're leveraging our relationship with Google and Facebook to understand what is available on a technological level," ter Haar says. "We want to use those ad technologies to make our work interesting and relevant. And that definitely means tapping into the things that Google and Facebook are capable of giving you from an engineering perspective."

Spearheading the San Francisco effort is Henry Cowling, a newly hired executive who's now dubbed MediaMonks creative managing director; Cowling was previously at agency UNIT9 with a similar title. Cowling says current and potential clients in San Francisco are looking for agencies that have a global presence, but can also remove any friction that's often found with digital advertising across various touch points, whether it's big experiential activations involving virtual reality, or more traditional efforts such as search, social, TV, display and video.

While the Bay Area labor market is tight, Cowling says he is confident MediaMonks' cache will attract the right people. The shop will target people with skills in user experience, interactive design and media strategy and buying.

"There is a momentum and speed in that region that we want to match," ter Haar says. He adds that in the Bay Area, "people are expected to be in the same room" when making decisions.

Brian Collins, chief creative officer of independent brand experience design company Collins, says hierarchies are less typical in San Francisco. "San Francisco moves quickly because it is flat, it is more youthful and 'spirity' ," Collins, who has one of his offices in San Francisco, says. "We are three minutes away from one client and five minutes from another."

On the heels of the MediaMonks expansion, Sorrell's S4 could soon be adding to its new Bay Area foothold via MightyHive, a consultancy that closely aligns itself with Google's ad buying platforms. The Financial Times recently reported that S4 is in advanced talks to acquire the firm.

San Francisco-based MightyHive is regarded as one of the fastest growing digital agencies and services company within many ad tech circles. But it doesn't operate in the traditional sense of what most people think of when they hear "programmatic." The company buys ads on behalf of its customers, which is done mostly through Google platforms such as DoubleClick.

"Unlike Sorrell's famous declaration that Google is a 'frenemy,' MightyHive has grown symbiotically with Google as a primary reseller or services arm," Ari Paparo, CEO of Beeswax, says. "This speaks to a model where an agency doesn't necessarily need to build their own tech, but can use mastery of existing technology as a quantifiable and understandable value creator for brands."

Paparo says the deal makes a ton of sense for Sorrell's group because it is looking into the future of empowered marketers using tools they choose, rather than non-transparent and conflicted decisions that are made by traditional agencies.

Jay Pattisall, an agency analyst at Forrester, says both the move to San Francisco and potential MightyHive acquisition indicates that Sorrell is building a "non-traditional agency group."

Generally speaking, MightyHive acts as a bank for pass-through costs, which, in short, is the cost of working media that's distributed to an intended audience. "MightyHive is a digital media and programmatic consultancy, not a conventional media agency," Pattisall says. "If acquired by S4, MightyHive would give them the ability to effectively – and efficiently – place content that's created by MediaMonks."

"There's tremendous pressure on the media agency ecosystem because of low margins and pass-through costs," Pattisall adds. "If the MightyHive deal is to be had, it would demonstrate that Martin Sorrell is not looking to recreate past headaches by re-entering the media business."