The merged entity will own more than one-sixth of all daily U.S. newspapers 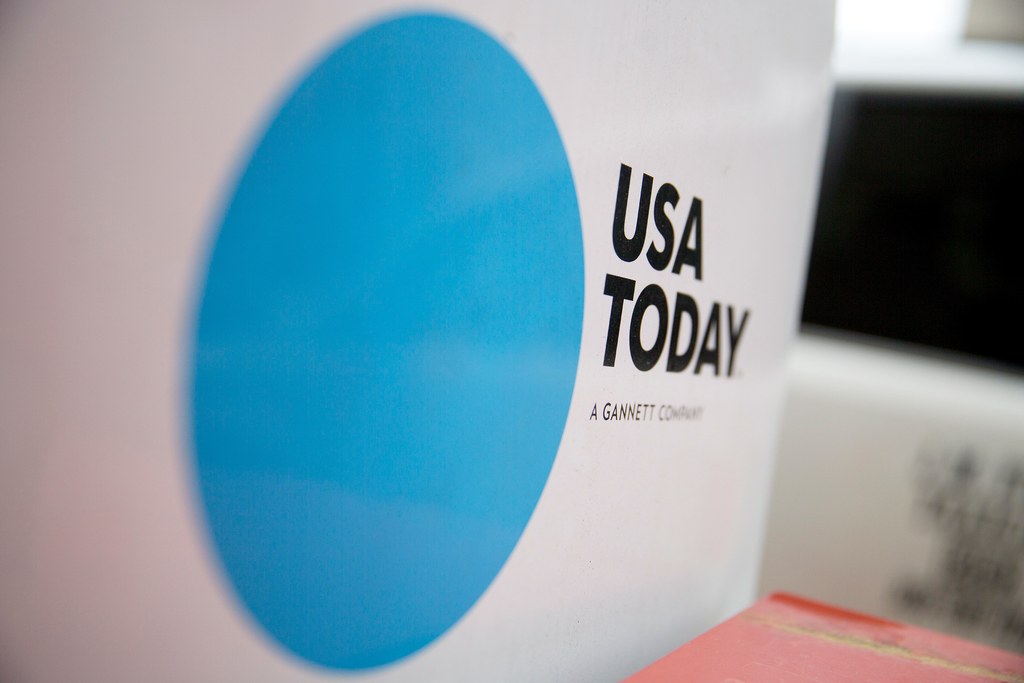 New Media agreed to acquire Gannett in a $1.38 billion deal that unites the two biggest U.S. daily newspaper chains in an industry that’s consolidating to survive.

New Media said it would pay cash and shares worth $12.06 per Gannett share, leaving Gannett holders with about 49.5 percent of the combined company. The merged entity would be a local news giant that owns more than one-sixth of all daily newspapers in the country, including USA Today, and reaches nearly 9 million print readers, according to industry analyst Ken Doctor.

The deal comes just months after Gannett fought off a hostile takeover bid by MNG Enterprises, which is backed by the hedge fund Alden Global Capital. It also increases pressure on other local newspaper owners, such as Tribune Publishing, Lee Enterprises and McClatchy, to find deals of their own.

The newspaper industry has been in a downward spiral for years as the internet has upended its business model. Readers have moved online and get their news from social media, eroding print advertising sales. Much of the online ad market, meanwhile, is being gobbled up by Facebook and Google. And many newspapers have seen their quality erode by ordering deep cuts to their newsrooms, making it increasingly difficult to convince readers to pay for online subscriptions.

Newspaper executives see few options other than combining with each other to cut even more costs, from sharing printing operations to eliminating local copy editors and designers. The number of newspaper newsroom employees dropped by 47 percent between 2008 and 2018, from about 71,000 workers to 38,000, according to Pew Research Center.

Shares of New Media were down 11 percent this year as of Friday, while Gannett shares were up 25 percent.