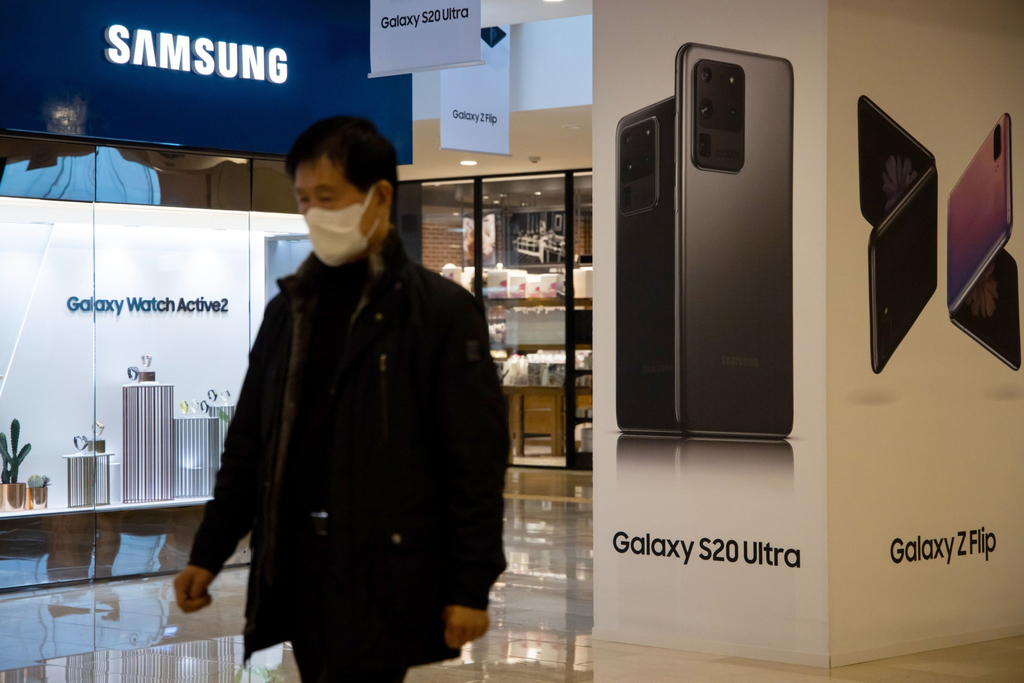 When Samsung brass addressed analysts during its last earnings call, much of the talk revolved around finally turning the corner after years in the doldrums. That was in January, before the coronavirus pandemic threw the global economy into a tailspin.

Now, executives are struggling to assess the damage. In the short term, Samsung’s most profitable business is riding a surge in online activity from the millions confined to home, driving demand for the memory chips that help power datacenters and cloud services. But should the pandemic persist into the second half—a worst-case scenario—the tech giant foresees missing its own 2020 revenue projections by a double-digit percentage, according to people familiar with internal discussions.

Samsung unveils preliminary earnings Tuesday, becoming one of the first major technology corporations to paint a picture of how the pandemic impacted the global tech industry in 2020’s first three months. As the world’s largest maker of memory chips, phones, displays and appliances, the Korean giant is exposed to the economic shocks of COVID-19 like few other tech corporations. The novel coronavirus has already forced Korea’s largest company to shut plants from Gumi at home to India, costing Samsung days of lost production. While it’s expected to post first-quarter revenue growth, the question is whether the initial surge in semiconductor demand can offset a hit from what could be the worst global economic shock in at least a generation.

“We are truly in uncharted waters as the tech industry in general has continued to grow, perhaps at varying rates, but we haven’t seen a broad-based, global downturn such as we may be in line for,” says Robert Maire, president of Semiconductor Advisors in New York. Chip demand in particular “will likely not be as robust as it could have been as demand for devices that contain semiconductors, such as smartphones, TVs and consumer electronics, will be reduced through negative economic impact.”

Foremost among the divisions under scrutiny is the semiconductor unit, which accounts for more than half of operating profits at Samsung. It’s been pounding out memory chips—the lubricant of the tech industry and essential in datacenters hosting everything from video conferences to e-commerce—around the clock. But executives and investors worry that prolonged COVID-19 lockdowns may crimp final demand for smartphones and other electronics, and ultimately deal a serious blow to the chip industry’s nascent recovery.

Samsung’s shares have dived more than 20 percent since their January 2020 peak, depressed by a series of analysts’ price-target cuts. Much of the hit could come this quarter since COVID-19 escalated globally in March. Revenue growth is likely to fall off steeply, according to Eugene Investment & Securities, which projects a 12.3 percent decline in the June quarter from a forecast for a mere 0.1 percent increase in the January to March period.

Among the analysts that cut price targets is Hana Financial Investment, which also slashed its projection for Samsung’s 2020 smartphone sales from 300 million units to 260 million. It expects OLED panel shipments to plunge 12 percent to 373 million this year. Now that the Euro 2020 soccer tournament and Tokyo Olympics have been postponed, TrendForce has lowered its forecast for Samsung TV shipments by 5.8 percent to 205.2 million units, warning that could slip further as the situation worsens in North America and Asia.

“The current financial crisis that accompanies the pandemic has produced a lot of uncertainties and could surpass the Financial Crisis of 2007-2008 in scale,” TrendForce said on March 30.

Just a month ago Samsung told shareholders the memory market would stabilize this year thanks to upgrades in manufacturing processes, datacenter expansions and the rollout of fifth-generation or 5G wireless networks. Having learned its lesson from previous industry slumps, Samsung was confident it could maintain a balance between supply and demand for memory chips, according to sources who asked not to be identified talking about internal deliberations. Samsung’s prime concern was avoiding a repeat of the oversupply that triggered a chip price crash in 2019, they say.

The industry is still toting up the impact of the pandemic. In a positive scenario, analysts expect pent-up demand for smartphones and sustained use of online learning and work-from-home gear like laptops to engender a soft-landing for Samsung later this year. Just a week ago, Qualcomm and Western Digital said they were seeing a recovery in demand from Chinese consumers for phones and computer disk drives. And Micron Technology has predicted stronger-than-expected revenue.

It may well be that the disease will encourage shifts in consumer activity that benefit the industry in the long run, says C.J. Muse, senior managing director at Everscore ISI in New York.

“The world is changing,” says Muse. “There is clearly something that, over the long term in this kind of virus world, should be positive, given how our lives are evolving and how important the cloud is to a lot of what we do now and even more than ever.”