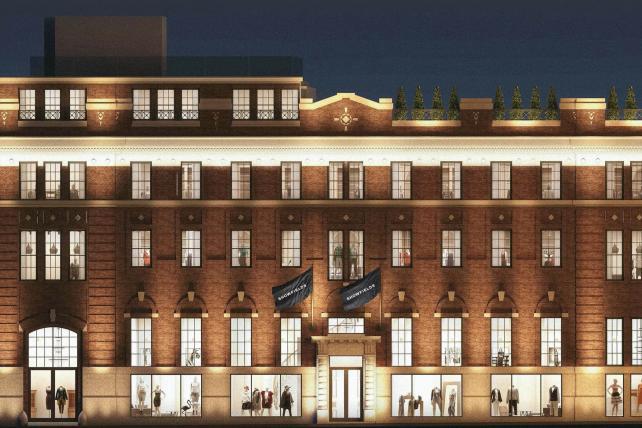 Having a physical presence for customers to see or try on goods has become a key strategy for direct-to-consumer brands looking to expand their reach off social channels.

Shopify, which has powered the rise of d-to-c brands with the ability to set up and manage e-commerce stores, has increasingly added more services for its 800,000 merchants to expand into physical retail if they so choose with in-store technology and in-person support.

Now, Shopify is taking the next step with Showfields, a permanent physical retail space that caters to d-to-c brands looking to experiment in the brick-and-mortar space by launching pop-up shops. Starting on March 15 and running through May, Shopify is designing spaces for select merchants on its platform at Showfields' permanent location at 11 Bond Street in New York City.

"What we see every day is how digitally native brands are having big success with going and selling in-person," said Ian Black, who took up the role of head of commercial retail at Shopify in January after previously running UberEats. "We want to be in a position where we're helping our merchants that are interested in exploring that path, take advantage of it."

Shopify has seven New York-based merchants participating in the pop-up run at Showfields, chosen because of their interest in expanding their physical footprint. Those merchants, which include Coco and Breezy, Aelfie, Baby Tress, Best Self Co., Hudson Wilder, Meso Goods and Wild Ones, are selling goods like glasses and bedding items. These merchants will be among 22 other d-to-c brands occupying the Showfields space during this time, including well-known d-to-c brands Quip, Function of Beauty and PureWow.

Black would not reveal how much it's charging the Shopify merchants appearing at the retail concept space. Showfields said it charges members between $6,000 to $20,000 to create pop-up shops at its permanent location and the technology to track sales.

Shopify has been working closely with merchants that are building out physical identities for shoppers, offering in-store technology like point-of-sale hardware to track and make payments easier, ship-from-home programs and buy-online-pick-up-in-store offerings. The platform also opened up a store in Los Angeles last year where merchants can buy the hardware in-person.

Shopify is seeing growing demand for brick-and-mortar services, so expect Shopify to continue to make more similar partnerships in the future, and to lean into hardware that merchants can use, Black said.