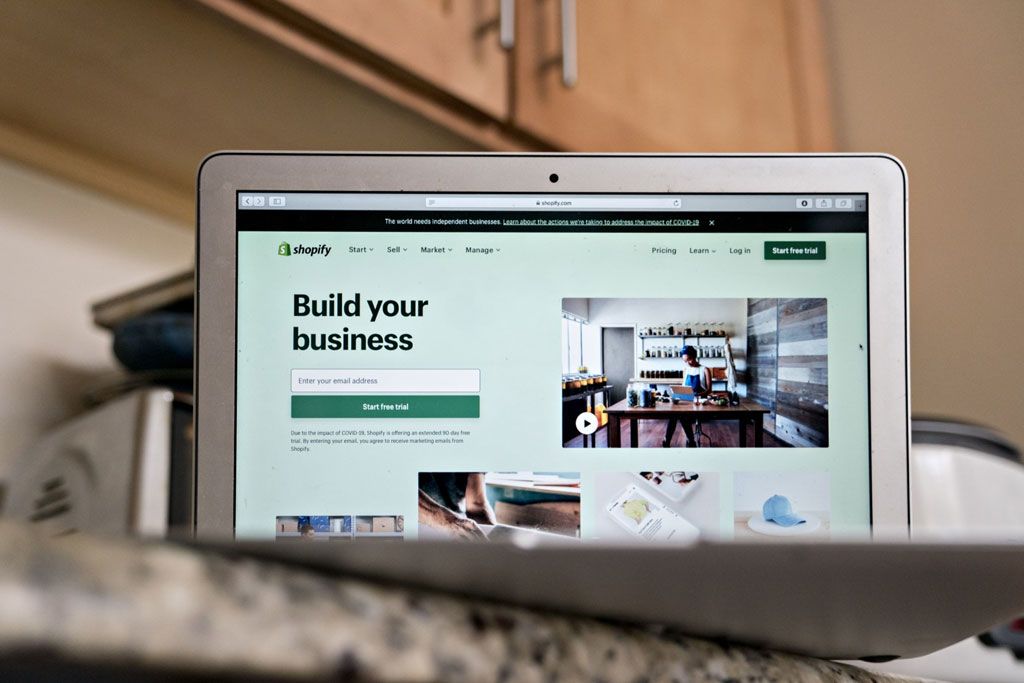 Sales grew by 47 percent to $470 million from the same quarter a year ago, Ottawa-based Shopify said in a statement Wednesday. Analysts had expected about $443 million, according to data compiled by Bloomberg.

“We are working as fast as we can to support our merchants by re-tooling our products to help them adapt to this new reality,” CEO Tobi Lutke said in the quarterly release.

The key metric of gross merchandise volume, which represents the value of all goods sold on the platform, increased 46 percent or $5.5 billion to $17.4 billion from a year earlier. Analysts were expecting a 40 percent increase on a year-over-year basis to $16.9 billion.

Still, Shopify noted the drop in point-of-sale purchases from brick-and-mortar stores and questioned the sustainability of some of the online switch. The shares fluctuated between gains and losses and were up 0.7 percent as of 9:35 a.m. in Toronto.

Investors have continued to pile into the tech stock this year, pushing its market value to C$113.4 billion ($80.4 billion) as of Tuesday’s close. It’s now the second-most valuable company on the Canadian stock market, just C$7.5 billion from Royal Bank of Canada, which sits at C$120.9 billion as of Tuesday’s close.

Shopify suspended its 2020 financial guidance in April. Today, it said it is closely monitoring the impact rising unemployment has on new shop creation on its platform and consumer spending, the rate at which consumer spending habits transition to online shopping and the ability of brick-and mortar retail merchants to shift sales online.

Shopify reported gross merchandise volume through its point-of-sale channel fell 71 percent between March 31 and April 24 as stores shut down through the pandemic. Companies also downgraded from its Shopify Plus plan to cheaper-priced options.

Still, the switch online appeared fairly painless for many. Shopify retailers managed to replace 94 percent of the volume with online sales, according to the company statement.

“Retail merchants are adapting quickly to social-distance selling, as 26 percent of our brick-and-mortar merchants in our English-speaking geographies are now using some form of local in-store/curbside pickup and delivery solution, compared to 2 percent at the end of February,” Shopify said.

Colin Sebastian, an analyst at Robert W. Baird, says the strong results reinforce his firm’s positive view of Shopify’s growth strategy. Its ability to adapt quickly is also a reflection of “strong product and engineering capabilities.” But sustainability of the recent sales growth and how that translated to revenues will be key, he adds.

In April, Shopify Chief Technology Officer Jean-Michel Lemieux said the company was seeing Black Friday-type traffic as it adds “thousands” of businesses to its platform amid the coronavirus outbreak. Many brick-and-mortar businesses have used Shopify to keep their companies afloat as nationwide lockdowns force retail store closures across the world.

Shopify offers tools to allow businesses to open their own digital stores across multiple channels, including social media. The company launched a redesigned point-of-sale service earlier this month that brings online and offline sales together, offers curbside pickup and local delivery options and greater flexibility to move inventory between various locations. Its rivals include tech giant Amazon and Square.

Still, there has been a growing sense that Shopify’s stock rally may be overdone. Last week, Canaccord Genuity downgraded the stock, warning “we’re not entirely convinced” that gross merchandise volume “is as bulletproof as perceived.”

The company said new stores created on it platform grew 62 percent between March 13 and April 24 vs. the prior six weeks, driven by both first-time and established sellers. But, it added, “it is unclear how many in this cohort will sustainably generate sales, which is the primary determinant of merchant longevity on our platform.”

Adjusted net income rose to $22.3 million, or 19 cents a share, in the quarter from 6 cents a year earlier.