At Shutterstock’s seventh annual design competition “Pixels of Fury” last week, Manhattan’s Webster Hall wasn’t filled with its usual music heads waiting to see the latest indie it band. Instead, it was packed with young industry professionals, many of whom waited in a long line in the pouring rain to enter. They were there to root for six designers from creative agencies competing against each other for a trophy, a $500 American Express gift card and, of course, bragging rights.

The event, which the stock media company hosts in a different city every year around a certain theme, pins designers against each other in three rounds of competitions. Artists from various creative agencies have 20 minutes to create a design using Shutterstock’s library of images and Photoshop, with only a few prompts to guide their artistic decision-making. This year, the theme was Halloween and designers from Droga5, TBWA, Ogilvy, Grey and others were tasked with creating Hollywood’s next villain. Audience members voted on their favorite designs after each round by texting the numbers assigned to their favorite designer. Shutterstock posted a live feed of the votes on large screens around the venue.

In the first round, three designers faced off—Edzer Roukema, art director at Ralph Interactive, Hailey Seiferheld, art director at Saatchi & Saatchi Wellness and Albie Eloy, senior designer at Droga5. Their works had to contain elements inspired by the words: “Spicy,” “New York" and “Beastly.” Droga5’s Albie Eloy walked away as the winner of the first round. His winning design featured the “Deepfaker,” a villain threatening to steal online identities.

“Something I’ve learned at Droga5 is that it all starts with a concept,” says Eloy. “Starting with a concept really helps develop what that final visual is.”

The next round featured Summer Snyder, art director at TBWA\WorldHealth Wildtype, Laura D. Vargasm art director at Grey and Tadhg Ennis, art director at Ogilvy. The designers were faced with the same prompt as the first group and Wildtype’s Summer Snyder came out on top. Her winning design showed President Donald Trump’s attorney Rudy Giuliani depicted as a rat on the subway, wearing a pair of fangs, a pizza cape and a red pepper as a necklace, as the subway doors open and close in front of him.

In the final round, Wildtype’s Summer Snyder and Droga5’s Albie Eloy battled each other with the prompt to design their villains on their day off. Eloy came in second over all for the night for his “Deepfaker” lounging on a bed in a dark bedroom with his laptop open. Snyder went home the evening's winner with Rudy Giuliani rat on a golf course, with the phrase: “Golfing on your dime.” 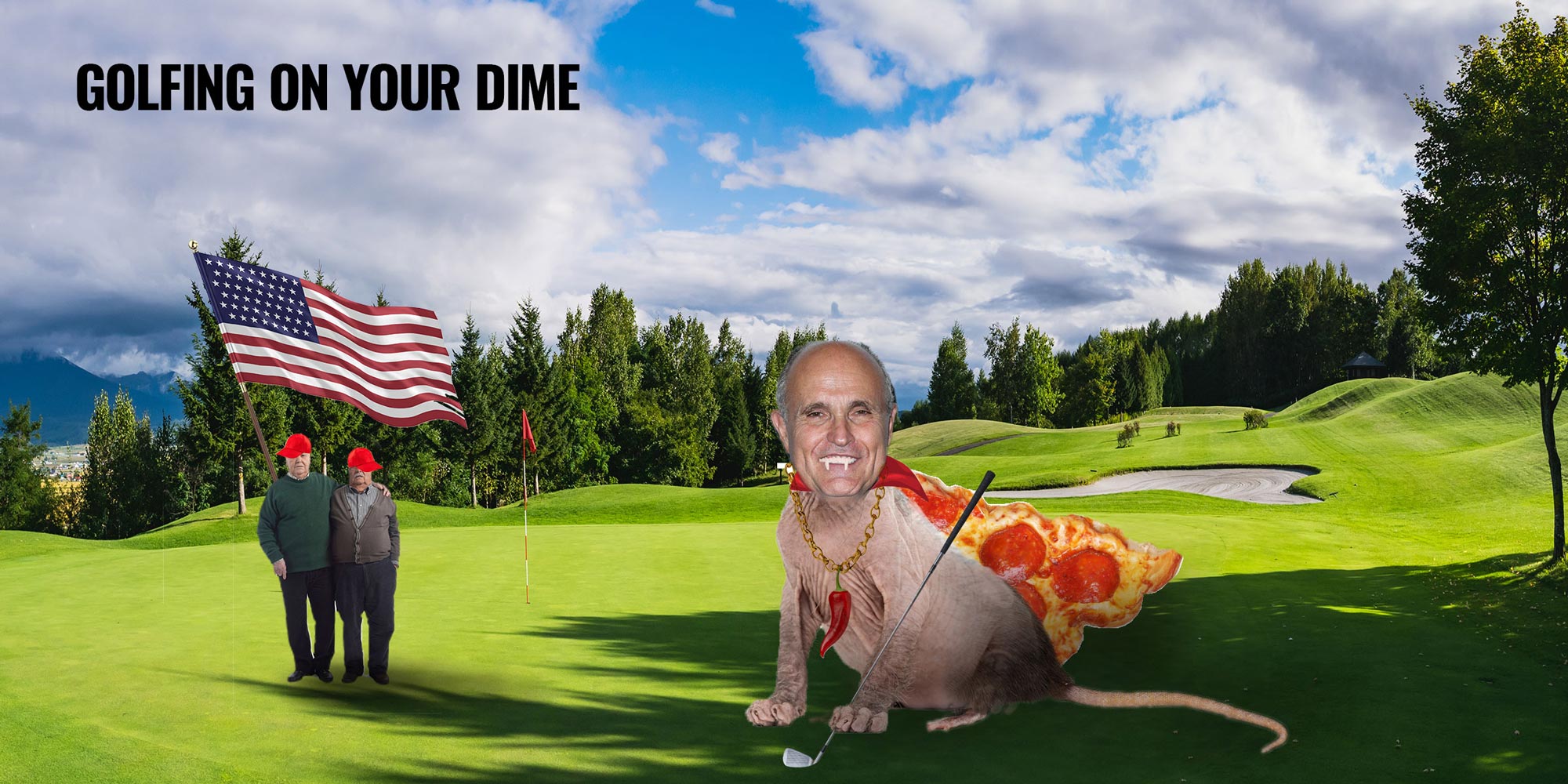 The contest this year ties neatly into Shutterstock’s current “It’s not stock. It’s Shutterstock” digital and out-of-home campaign, which launched at the beginning of 2019, says Shutterstock Chief Marketing Officer Lou Weiss at the event. The campaign places more emphasis on how users modify Shutterstock images to design original creations.

“What we’re doing more than anything else is being a customer of our own stuff and using it to make marketing and tell our story the same way our customers do,” says Weiss. “Stock has a reputation of being tired, old stuff, but we have jaw-dropping visuals and videos and music that suits any mood.”