The TikTok difference: Joining a genuine conversation vs. interrupting one | Ad Age
Skip to main content

The TikTok difference: Joining a genuine conversation vs. interrupting one 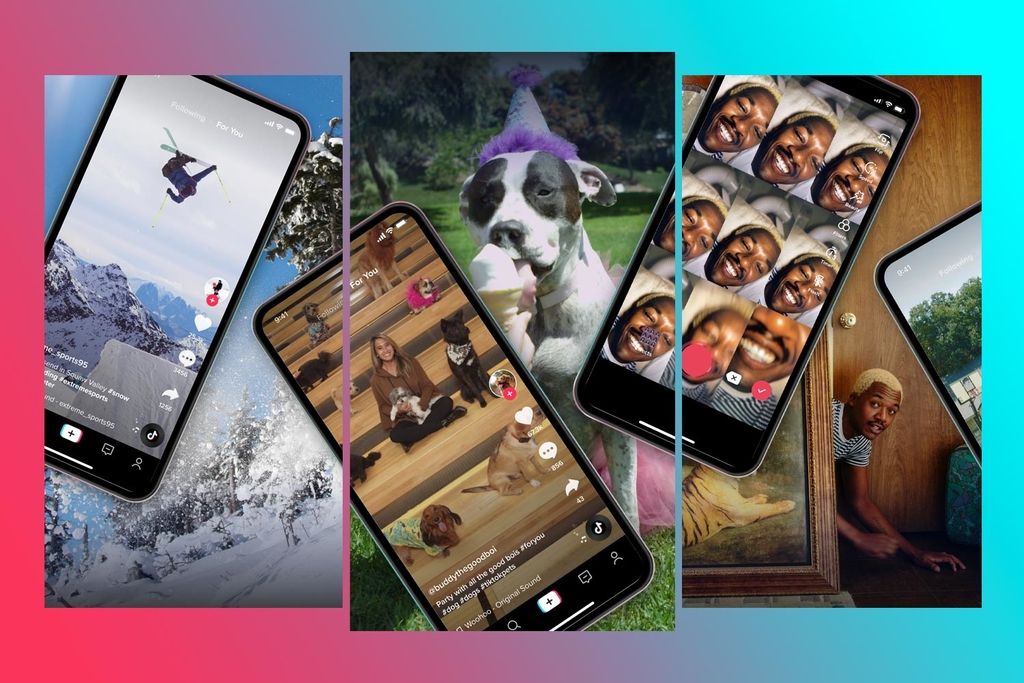 While competitors push the idea of perfectionism, and more recently, re-route and break up the holistic way that members consume and share content, TikTok remains committed to seamlessly weaving genuine stories about brands into their natural flow—preserving the raw, imperfect approach that it’s known and loved for.

Even big brands that are household names and have the resources for highly produced campaigns have embraced TikTok's less-is-so-much-more approach with open arms. Brands see the power in sharing real videos of real people—either by creating their own TikToks or by activating the community with contests, challenges and clever hashtags. They’re joining and creating conversations, not interrupting them.

Here’s TikTok's recipe for success—what makes it unique and effective, plus some examples to inspire you:

After years of being fed overly edited and curated content, what people really crave today is relatability. TikTok successfully delivers this.

After browsing your feed on TikTok for a few minutes, you’ll notice that unlike other platforms, these videos are truly snapshots into an actual person’s real, messy life versus projecting an illusion of perfection. Even when celebrity content pops up, it's filmed in a living room where a dog is sleeping in the corner next to a pair of sneakers that weren't put away. Lip syncing may fall off the beat. Choreography might get tripped over. It feels like getting a true glimpse inside someone else’s world. And that’s powerful.

These types of stories don’t end with a like or comment—they activate. Creators can reply to a comment with another video. They can “duet” another TikToker, which is remixing an original post with a split screen that incorporates your own video. And the most impactful and iconic of all is how frequently TikTok posts prompt challenges. From dances to cooking to planks and more, these movements spread quickly, with millions of people energized and ready to get involved, express themselves, and share their creations.

Case-in-point: The very first community-produced, virtual Ratatouille “Broadway musical.” That is, a musical broken up into millions of 60-second TikToks. In August, Emily Jacobsen, a theater-loving schoolteacher, created a love song about Remy, the film’s lead character, after hearing about a Ratatouille ride that would be opening soon in Disney World and posted it on TikTok. Daniel Mertzlufft, a composer, was tagged in her video, and decided to take the original tune one step further with a computer-generated orchestra and full ensemble vocals for a big, dramatic, magical Broadway finish. And so, a movement was born. 126.3 million views later, the #ratatouillemusical is everywhere. Professionals—including Broadway performers and crew who are out of work due to the pandemic—and amateurs alike are getting creative in a phenomenal way.

The future of advertising

This magic is often harnessed by businesses as well. When brands create TikToks that blend into the experience seamlessly, TikTokers everywhere enthusiastically join the conversation. From in-feed posts, to challenges and contests that inspire the community to get involved, and more, they’re all centered around bringing out real people to tell real stories.

Aside from a more holistic creative approach, the platform presents ads in a much more intuitive way than competitors. You can scroll for hours through your TikTok feed, without anything that feels like a commercial break. Yet, on one of the other platforms, every fourth post is an ad. It’s disruptive and breaks up the flow of the experience. One popular social media app recently swapped their "activity" icon with the "shop" button, resulting in backlash from many users.

TikTok’s success is truly a sign of the times. According to a McKinsey study, Gen Z (which now makes up 20% of the U.S. population) prioritizes authenticity and seeks truth. They’re growing up in a world where social media (and influencers) have always existed, and they know when they’re being marketed to. Additionally, they value individuality versus the collective opinion. This makes them the perfect audience for short-form videos created by real people from around the world to share unique, genuine experiences. And while TikTok undoubtedly dominates Gen Z, almost half of all TikToker—49.6%—are over age 35, further demonstrating the universal appeal of a shift toward a more authentic approach to storytelling.

Because of this and many reasons, TikTokers are engaged, spending more time on TikTok per session than Facebook, Instagram, Twitter and Pinterest. On average, users open TikTok 17 times a day and spend over 85 minutes on the platform. That’s four times more than any other social media platforms (per session). And TikTokers love to shop, share thoughts on recent purchases and discuss the online consumer experience. 76% of users visit online shopping sites, 47% made a purchase based on seeing it on TikTok, and 80% of Gen Z TikTokers have influenced their parents to buy something seen on the app. To gauge the popularity of shopping on the platform, check out #tiktokmademebuyit, which has over 900 million views and counting.

The results speak for themselves

This approach is incredibly cost-beneficial for businesses—both large and small. With consumers gravitating toward this style of content, companies can tell their stories and reach broad new audiences in a meaningful way, without a massive budget or marketing resources. The possibilities are endless.

Lucky to Live Here Real Estate used TikTok as a creative way to showcase their listings—and, so far, 339,700 people have tuned in. Eric Hill of Fay Ark Lawn Co. challenged his critics to duet him with videos of their landscaping techniques and the post was viewed over 1.3 million times:

TikTok has 100 million monthly active U.S. users, up nearly 800% percent from Jan. 2018. It has been downloaded about 2 billion times globally. And the content that businesses are sharing has been well received by this massive audience.

The next generation of consumers are here, craving authenticity, looking for brands that speak to them honestly, purposefully, and intentionally. And TikTok—which has just been named as Ad Age's 2020 Marketer of the Year—is ready to start the conversation.

For more insights on how small businesses can use TikTok to connect with their customers and take on the big brands this holiday season, see A TikTok Holiday Tool Kit for Small Businesses here.

TikTok For Business is the global platform for marketing solutions designed to give brands and marketers the tools to be creative storytellers and meaningfully engage with the TikTok community.

The magic of TikTok is not just the chance to create, but the chance to discover—and to be found. With TikTok For Business, our goal is to give marketers the tools to be discovered and connect with the broader communities around them.