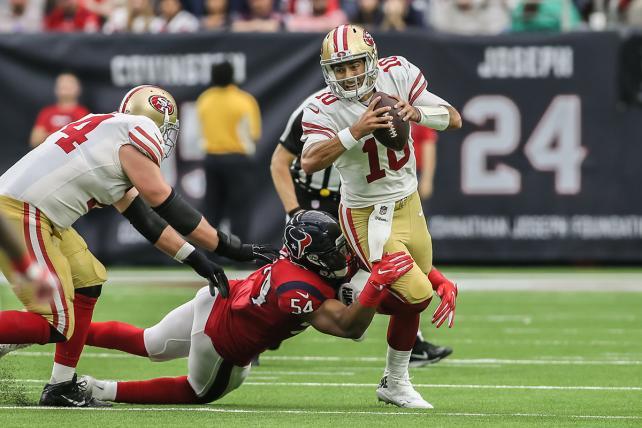 Verizon will stream NFL games and shows to its mobile properties including Go90 and Yahoo Sports.
Credit: Photo by Leslie Plaza Johnson/Icon Sportswire via Getty Images

The National Football League has renegotiated its deal with Verizon to stream games to mobile devices in a $2.25 billion arrangement, according to reports.

In the past two years, Verizon acquired AOL and Yahoo for their digital advertising potential, assembling them in a new division called Oath. The NFL deal gives Verizon the right to stream games to its Go90 mobile video app and Yahoo Sports, among its other properties.

That the deal was worth $2.25 billion over five years was reported by Reuters.

The NFL did not immediately return a request for comment.

The league has been experimenting with digital streaming for years. In 2015, Yahoo, pre-acquisition by Verizon, paid $20 million to stream a Buffalo Bills-Jacksonville Jaguars game. Twitter bought rights to Thursday Night Football games in 2016.

This year, Amazon paid $50 million for rights to Thursday games. In 2013, Verizon signed a $1 billion deal with the league for exclusive mobile righst to every game, including the Super Bowl.

Despite a ratings slide, the NFL is still considered one of the few reliable draws for a large live audience at a time when consumers are spending less time in front of a TV and more isolated on their screens.

~ ~ ~
CORRECTION: An earlier version of this article cited a Reuters report that erroneously said Verizon's new deal for mobile streaming rights to NFL games was not exclusive, meaning other companies could bid to also offer games on mobile devices. Verizon is the exclusive mobile distributor of NFL games, according to the company.