The media company plans to lay off 250 people as it contends with a harsh publishing landscape
READ THIS NEXT
Borat makes Amazon debut, and a Quibi postmortem: Friday Wake-Up Call 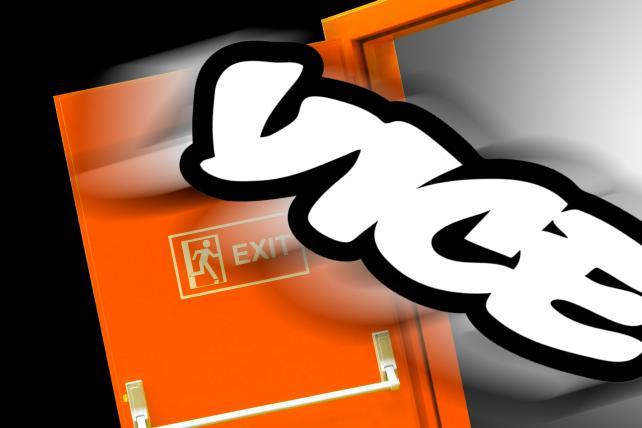 Vice Media is laying off 10 percent of its staff, marking the latest example of digital publishing's struggle to compete with Facebook and Google for advertisers' money.

On Friday, Vice confirmed that it would cut around 250 of its 2,500-person work force, a move that was first reported by The Hollywood Reporter. Vice has faced a number of setbacks in the past year, including internal office scandals and strained relationships with some advertisers, while also contending with the same market forces that have plagued digital publishing.

At a time when Facebook just reported a record $16.6 billion in ad sales, media companies like Vice are failing to meet revenue goals.

"Vice is what's going on everywhere," says Susan Bidel, a senior analyst at Forrester. "Publishers cannot generate enough revenue to sustain their businesses, and they can't do that because marketers continue to use Facebook and Google to buy advertising."

This market dominance is why the search giant and social media behemoth are together referred to as 'the duopoly.' Although, after Amazon's latest quarterly results, in which it reported having a $10 billion ad business in 2018, there is now a third player in the space.

As the digital publishing industry faces a reckoning, some of its leading companies are finding new ways to cooperate. Just this week, BuzzFeed—which announced it would cut 15 percent of its work force, or about 250 people, last week—and Vice joined a new measurement alliance, as a way to create new standards for advertisers to judge the value of their services.

BuzzFeed CEO Jonah Peretti has predicted that there could be even more formal conosolidation among publishers, and Recode has reported BuzzFeed was exploring a merger with Group Nine Media.

Vice has also had its own internal set of problems, and last year it replaced its co-founder and CEO, Shane Smith, with Nancy Dubuc, previously CEO of A&E Networks. This came after former Vice employees had come forward with allegations of a toxic atmosphere at the company, and high-level staffers were accused of sexual misconduct.

The negative attention forced a few advertisers, including Ally Financial and Under Armour, to reassess relationships with Vice Media last year.

Walt Disney, which invested $400 million in Vice, wrote down the value of that investment by $157 million last year.

Dubuc is now tasked with orchestrating a turnaround at the company. Vice declined to comment for this story, beyond confirming the layoffs.