DA: Ad Tech CEO Charged With Felony Attacks on His Own Kids

UPDATE: All charges against Zainali "Zain" Jaffer, the former CEO of ad tech company Vungle, were dropped in July 2018. 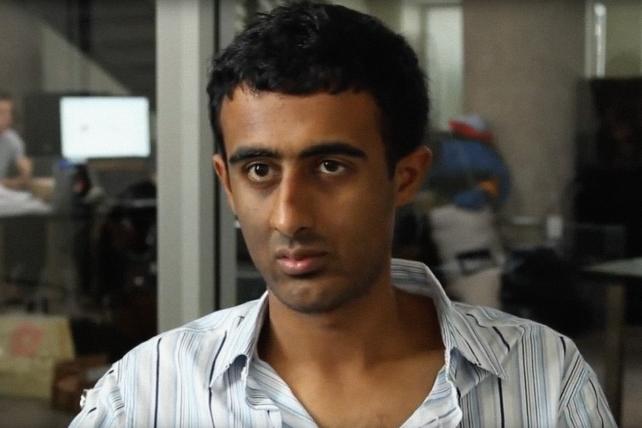 Zain Jaffer in the Mashable series 'Behind the Launch.'
Credit:
Mashable via Youtube

Zainali "Zain" Jaffer, CEO of ad tech company Vungle, was charged with a slew of felonies involving his 3-year-old son and 1-year-old daughter in San Mateo County, California on Tuesday, according to police.

Jaffer, 29, is alleged to have sexually assaulted and attacked his 3-year-son, Wagstaffe said, adding that his 1-year-old daughter was also harmed. He added that Jaffer resisted arrest and spit at an officer who was trying to detain him.

Hillsborough is an upscale neighborhood located about 20 miles south of San Francisco. Jaffer's father had called police and family members suspected that he was under the influence of LSD, Wagstaffe said.

Jaffer, whose company was featured on Slide No. 27 of 355 in Mary Meeker's 2017 Internet Trends report, has also been removed as CEO effective immediately, Vungle said in a statement sent to Ad Age.

"While we do not have any information that is not in the public record at this point, these are extremely serious allegations, and we are shocked beyond words," the statement says. "While these are only preliminary charges, they are obviously so serious that it led to the immediate removal of Mr. Jaffer from any operational responsibility at the company. The company stressed that this matter has nothing to do with Mr. Jaffer's former role at the company."

The statement continued: "We learned of the allegations late Monday night, and convened a board meeting, removed him as CEO and I was appointed permanent CEO all within 24 hours. He did not step down for personal reasons as has been erroneously reported. We removed him as rapidly as possible."

Vungle is a successful platform that specializes in creating custom-tailored ads using brands' first-party data to get consumers to download and install apps. Meeker used Vungle as an example of how dynamic ad creation can increase conversion rates.

The company has a roster of clients that includes Coca-Cola, the NFL, P&G, Unilever, Electronic Arts, L'Oréal, Warner Bros., Sega, Zynga, among many other well-known brands.

Jaffer previously told Ad Age that Vungle has a $300 million run rate and "plenty of cash in the bank."

Bail was set at $300,000, but according to Wagstaffe, he has not posted and remains in custody. Jaffer is being represented by Palo Alto-based attorney Daniel Olmos of Nolan, Barton, Bradford and Olmos.

Calls to his attorney were not immediately returned.

Jaffer is scheduled to appear in court Nov. 1. Further information was not immediately available.