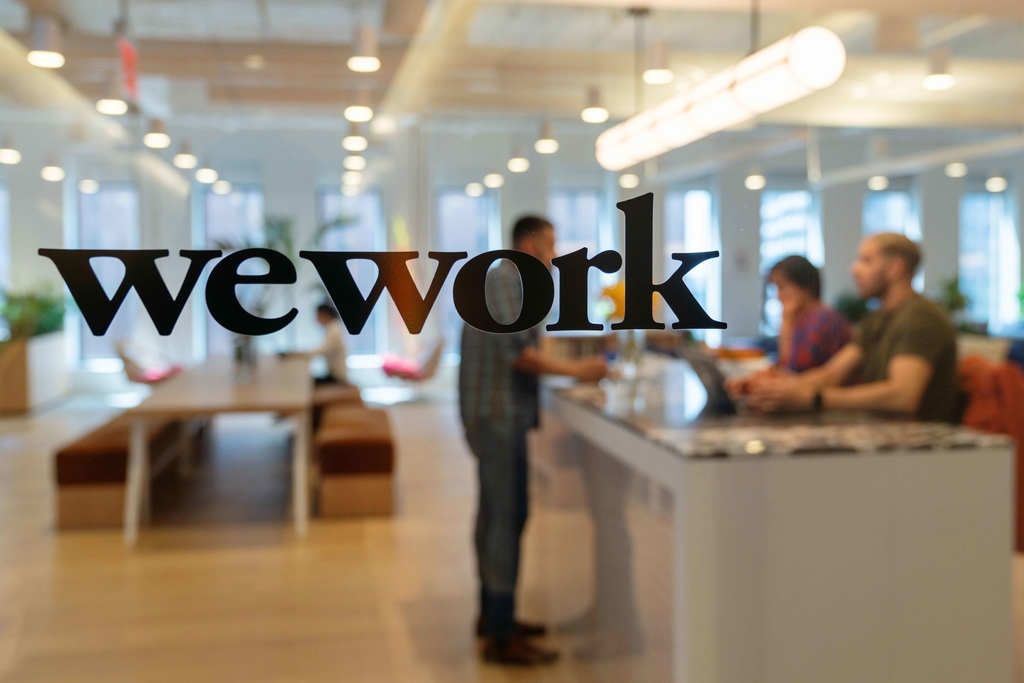 For the past two years, WeWork has spent more than $40 million to host a series of startup pitch competitions around the world. The real estate company asks contestants to pitch apps or creative projects to celebrity panels of judges and compete for cash prizes, in between musical performances from the likes of the Red Hot Chili Peppers. This year, it hoped to go much bigger.

WeWork teamed up with Ashton Kutcher to pitch a television show to NBC based on the contest, known as the Creator Awards, according to two people familiar with the talks. The show would be similar to “Shark” and have camera crews follow contestants around the events. The project hasn’t panned out, though, and is currently on hold.

As WeWork prepares for an initial public offering as soon as next month, the founders want their creation to be seen as much more than a real estate business. The New York-based company generates most of its revenue from renting office space to workers, but it also runs a gym, an app for organizing social gatherings and an elementary school. The pursuit of a television deal illustrates the flashy, and often expensive, way the company approaches many aspects of its business, including marketing.

In another example that hasn’t been previously reported, WeWork explored a collaboration with Martin Scorsese, the Oscar-winning director of films such as “The Departed” and the forthcoming “The Irishman.” WeWork executives discussed hiring Scorsese to direct a series of videos promoting the brand this summer, according to two people familiar with the plan, who asked not to be identified due to disclosure restrictions around the IPO.

The idea came directly from the founders: CEO Adam Neumann, his wife Rebekah Paltrow Neumann and Miguel McKelvey, the chief culture officer. Other directors were also considered, though it’s not clear what decisions the company ultimately made. Representatives for Scorsese and WeWork declined to comment.

Neumann, the CEO, frequently portrays WeWork as a cross between a lifestyle brand and a technology business. The IPO is likely to be the biggest of the year after Uber’s and is slated to run alongside a $6 billion debt facility. All that cash has attracted the attention of the world’s biggest banks, some of whose CEOs have personally courted Neumann for a shot at the business.

Inside an analyst event last week at a WeWork office in Manhattan, Neumann and his lieutenants held court for close to three hours. During the presentation, Neumann told the audience to think of WeWork like Amazon—starting off in one business but rapidly expanding to others, even while unprofitable, according to the attendee, who asked not to be identified citing a nondisclosure agreement. (Uber made a similar pitch on its IPO roadshow.)

For years, Neumann has used celebrities and glitzy performances to reward employees and appeal to potential members. Until recently, WeWork held an annual, multi-day festival for thousands of staff and customers called Summer Camp. The parties featured Neumann delivering inspirational orations onstage, as well as musical headliners including Lorde, the Chainsmokers and Florence and the Machine. The company has also held annual winter gatherings for its workers, usually in Los Angeles.

WeWork started the Creator Awards in 2017 as a way to expand the company’s reach to entrepreneurs who aren’t already customers. That year, WeWork spent $16.1 million on the project and invested an additional $2 million in the winning companies, according to financial documents. Startups, nonprofits and artists competed for prizes at regional events, and the grand prize winners in 2018 and 2019 were awarded $1 million each. The final event of the first competition featured Neumann, self-help author Tim Ferriss and Miracle Mop inventor Joy Mangano as judges, plus a fireworks show and a live performance from rapper Macklemore.

The next year, WeWork spent $24 million on the awards, a figure that doesn’t include the cost of its final show early this year. Judges at the finals in Los Angeles included Sean “Diddy” Combs and Kutcher, who is also an investor and personal friend of WeWork’s CEO.

For the TV adaptation of the Creator Awards, WeWork held discussions with Kutcher to serve as a producer, along with Guy Oseary, a talent manager for Madonna and U2 who also runs a venture capital firm with Kutcher, people familiar with the deliberations said, adding that WeWork held talks early this year with executives from NBCUniversal. Representatives for the network and WeWork declined to comment. Representatives for Kutcher and Oseary didn’t respond to requests for comment.

WeWork classifies the Creator Awards as “strategic marketing events,” according to a document relating to a 2018 bond offering. It told investors that the series, held in Berlin, Seoul, Tel Aviv and other international cities, is “a critical means through which we express our key values—inspiration, entrepreneurship, authenticity, tenacity, gratitude and togetherness.”