Forcing Direct Relationships With Advertisers Likened to 'Ripping the Band-Aid Off'
READ THIS NEXT
Watch: How Discord's CMO is wooing more than gamers

Yahoo, once the leader in online display, is recasting its position in the online-ad ecosystem by forging an ad-selling partnership with AOL and Microsoft, and then putting the squeeze on ad-technology companies that feed on its unsold ad inventory. The strategy is intended to increase the value of Yahoo's ads but will include a revenue hit as Yahoo turns its back on easy, short-term money in pursuit of longer-term gains.

Over the past few weeks, Yahoo has finally made good on its promise to try to rein in the reselling of its advertising inventory. First, it moved to cut out retargeting companies. Next, it gave notice to so-called demand-side platforms that they will no longer be able to buy Yahoo inventory directly on the Right Media Exchange unless their advertising clients have their own contracts with Yahoo.

By year's end -- perhaps even as soon as the Interclick acquisition closes -- Yahoo intends to cut out more-traditional ad networks as well, according to an industry source who has spoken with people at Yahoo about its plans. Whether they're successful or not, these approaches represent decisive action at an organization with an earned reputation for indecisiveness. 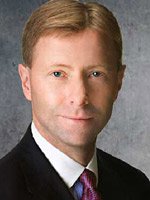 "Our real goal is to have full ownership of where and how our inventory is positioned in the marketplace," Wayne Powers, Yahoo's head of North American sales, said in an interview yesterday.

In the short run, Yahoo carries the risk of eliminating a substantial revenue stream, as advertisers looking for performance-based buys through demand-side platforms and other intermediaries, and that don't want their own seats on Yahoo's Right Media Exchange, go elsewhere.

But the company is making a longer-term bet that stripping out the middlemen will lead to higher online ad revenue without alienating its biggest brand advertisers..

"When arbitragers come in and get access to your inventory, no one is happy," Mr. Powers said. "Advertisers are paying a lot more than if they bought direct and we're not happy when people position themselves as representing our company."

The consensus in industry circles is that this is actually the best time for Yahoo to make such a move, when revenue expectations are tempered and the rebuilding process can be under way by the time a new buyer or investor steps in. In essence, Yahoo is ripping the Band-Aid off while there's already a good deal of pain. Mr. Powers said he is confident that the board will work only with potential buyers and executive candidates who believe in the recent steps Yahoo has taken to revamp its monetization strategy.

"The strategy we have in place they feel very confident in," Mr. Powers said of Jerry Yang and the rest of Yahoo's board. Whatever the outcome of the review, the board will look for a resolution where possible investors or acquirers have "alignment on strategy and vision," he added.

Reactions from retargeters and DSPs have been mixed. Several execs say they understand that Yahoo wants only to work with partners that add value and are transparent. But these same execs believe their companies fall into the value-add camp. After being cut off, at least two retargeters offering to work out better deals with Yahoo or to make their buying practices more transparent. Both efforts were rebuffed.

Yahoo has talked about these changes for some time, and several affected DSPs said they began preparing well in advance so that clients could obtain their own seats on the exchange and still use the technology to make buys. But there is widespread displeasure at the short notice -- just a week and a half, including the long Thanksgiving weekend.

These DSPs continue to seek out several answers from Yahoo this week: Will advertisers submitting paperwork for a seat on the Right Media Exchange before the Friday deadline still be able to buy through their DSP's seat in the likely event that an agreement with Yahoo is not finalized before the deadline? And how will Yahoo delineate between advertisers that do and don't need their own seats? One DSP exec said he was told that only "Fortune 1,000" advertisers would need their own seats on Yahoo's ad exchange.

Through their trading desks, advertising agencies are the biggest proxy buyers of Yahoo online-ad inventory for clients, but according to sources at agencies and at Yahoo, agencies will be exempt from the changes. It is clear that Yahoo wants as close a relationship with agencies as possible and is not requiring their clients to get seats on the exchange.

The inventory Yahoo sells on the exchange still comprises a small portion of its overall revenue and margins. The big money comes from the splashy brand advertising Yahoo's sales force sells to major clients, with whom Yahoo hopes to work even closer after the changes. Yahoo was once the undisputed leader in display but now has Facebook, Google and others nipping at its heels.

Growth in Yahoo's premium display was in the low-single-digit percentage points in the third quarter, interim CEO Tim Morse said on an October earnings call. Its overall display revenue was $449 million in the period, basically flat with $448 million a year earlier.