Plus, Susan Wojcicki dismisses the idea that Google might spin the video platform off into a standalone company
READ THIS NEXT
Borat makes Amazon debut, and a Quibi postmortem: Friday Wake-Up Call 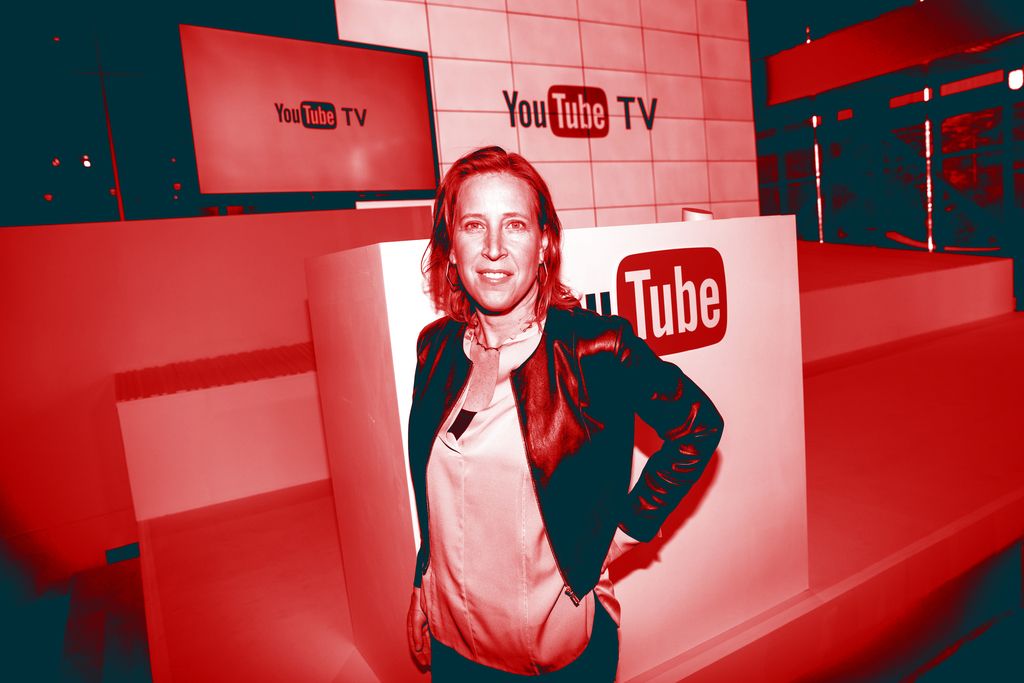 The order calls for new regulations to limit liability protections enjoyed by social media companies if they “engage in censoring or any political conduct.” It came after a tussle between Trump and Twitter, which flagged posts from the president with a fact-checking label for the first time earlier this week.

Wojcicki was being interviewed by Carlyle Group co-founder David Rubenstein on Bloomberg Television while the White House was readying the final order. Drafts of the edict had already circulated. The YouTube CEO said she hadn’t seen the order, but said that YouTube wants to understand the president’s concerns and address them.

“We have worked extraordinarily hard to make sure that all of our policies and systems are built in a fair and neutral and consistent way,” Wojcicki said. “YouTube and the social platforms have really enabled a broad set of new voices to come and join the conversation. And we’ve been really proud that across the spectrum we see a lot of new voices and a lot of new opinions.”

YouTube, owned by Alphabet Inc.’s Google, has been swept up in a raging debate over the power of internet gatekeepers. Trump has accused Google of bias against conservatives, while Democratic lawmakers have chastised YouTube for not removing conspiracy theories about the COVID-19 pandemic swiftly enough.

On Wednesday, YouTube said it made a mistake when it deleted videos posted by California pulmonologist Roger Seheult about hydroxychloroquine, a controversial drug that Trump has promoted as a possible coronavirus therapy. The clips are now back on the service.

“We’ve enabled a large amount of debate and discussion associated with COVID-19,” Wojcicki said on Thursday. “But we’ve also had some really clear policies.”

Wojcicki also dismissed the idea that Google might spin off YouTube into a standalone company. “I don’t think that’s very likely,” the CEO said. “We work pretty closely with Google and there’s a lot of benefits that we get as being part of Google. So they sell our advertising, we run on their infrastructure.”

YouTube has seen a surge in usage during the pandemic lockdown, but it is also exposed to a drop in advertising caused by the slumping economy.

“It’s a very tough time economically. And we’re certainly seeing challenges across the board,” Wojcicki said. “But we’re working hard to make sure that our creators can continue to generate revenue.”