4 Ways to Make Them Hate Your Pre-Roll Ad Less

As we all recover from a divisive presidential election, it is time to tackle another polarizing topic: the digital video pre-roll ad. We have all tried to watch a 90-second clip on YouTube, only to be confronted by a frustrating, 30-second ad.

What is absolutely remarkable is that even though 94% of pre-roll ads are skipped, per a study from eConsultancy, new studies show pre-roll ads are also among the most effective forms of digital advertising. For example, a study in April by IPG Media Lab and YuMe showed pre-roll is the most informative and engaging video ad format, compared to mid-roll and outstream.

Given how effective pre-roll ads have become, board rooms around the world are trying to figuring out how to overcome the "Skip This Ad" button to achieve even more engagement. I bet many executives wish they could call their counterpart from 1950 to commiserate about Zenith launching the first television remote control.

If the pre-roll is here to stay, here are four ways to make consumers hate them less:

1. Own the elephant in the room. Advertisers that have owned the fact that users do not want to deal with their pre-roll ads have had the most success. Consider that Ad Age's 2016 Campaign of the Year was Geico's "Unskippable," which directly addressed the issue of viewers wanting to skip ads by making ads so short, users didn't have time to move past them. Check out Ad Age's (short) video about them:

2. If you can't beat them, join them. No matter how clever or engaging your ad is, some people will skip the second they get the chance. Many Fortune 500 companies are using new interactive branded "Skip This Ad" solutions, such as TruEngage, which lets users skip with one click, but not before engaging with the product in a fun, interactive and memorable way. Our work on Honda's holiday ad found success by telling users, "TO SKIP AD: HELP THE HOLIDAY POOCH TO THE HONDA!" With one click, users could drag the dog to the Honda and thereby skip the ad. Engagement for this campaign was up nearly 20%.

3. Stop showing the same video. If a visitor views an ad several times and does not take the intended action, it is critical that you stop showing that ad. Put a frequency cap on three of four views -- across any device -- and then begin to show a different ad.

4. Take targeting and retargeting to the next level. Ad platforms can determine the temperature in a city, and advertise hot or ice coffee. If pollen counts are high in Chicago, a brand can run an ad for antihistamines to people in the Windy City. It is also critical to master retargeting. Once a customer shows "intent" -- such as putting a pair of jeans in a shopping cart but then not completing the purchase -- advertisements of those jeans can be targeted to that user.

In conclusion, it is no secret that pre-roll ads are divisive. Most consumers can't stand them, yet studies show they are effective. By combining creativity with cutting-edge advertising technology, advertisers can achieve great ROI while letting consumers enjoy their online experience. 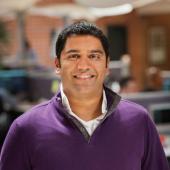 Tom Alexander
Tom Alexander is founder and CEO of PK4 Media.
Follow View all articles by this author