Apple's Messaging Problem: The Headline Is the Headphone Jack

Apple Isn't Adding a Benefit with the New iPhone -- It's Taking Something Away
READ THIS NEXT
You Can't Stop Instagram Bots by Looking. Brands Have to Stop Buying Them

This week, Apple rolled out its latest set of new products. Like all Apple announcements, the event attracted considerable attention in the press. The problem for Apple: The headline is that the company is removing the traditional headphone jack. As Geoffrey Fowler wrote in the first paragraph of his review of the new phone in the Wall Street Journal, "…Apple took away something many of us use every day: the headphone jack." This is not good news.

The best new product announcements create excitement and desire. The new item or version is so compelling that people immediately want one. They line up. For many years, Apple managed to consistently deliver this sort of news.

Some new product announcements are less auspicious. The innovation is interesting but not compelling. The product enhancements are fine. They strengthen the offering, even if they don't provide a whiz-bang experience. Recent Apple news sometimes fell into this group.

Troubled product announcements leave people with a sense of doubt. Instead of getting people to want the new item, the news has the reverse effect: It decreases interest in the product.

This week's announcement from Apple might fall into this third bucket.

People are motivated by benefits. We all strive to improve our situations, and we look for products and services that will help us do this.

People are also motivated by fear of loss. As a species, we are indubitably possessive. We want to keep what we have. Economists have shown this to be true in multiple studies. For example, a group of behavioral economists, including Richard Thaler, conducted a study on coffee mugs. They gave one group of people a mug, then later asked to buy it back. They gave another group of people the opportunity to purchase the same mug. People who already had the mug were willing to sell it for $7.12. People considering the mug were only willing to pay $3.12. Other trials confirmed the findings; people are very reluctant to part with things they have.

The problem for Apple is that the main message being reported and discussed seems to be that Apple is removing the phone jack, so the only way to listen to anything going forward will be to purchase a new set of wireless headphones, called AirPods, at a price of $159.

This is not a positive message. Apple isn't adding a benefit with the new phones -- it's taking something away. This won't create desire, it will reduce it and encourage people to cling to their old phones as long as possible.

Phil Schiller, an Apple executive, explained the phone jack decision this way in Wednesday's announcement: "Now, some people have asked why we would remove the analog headphone jack from the iPhone … the reason to move on really comes down to one word: courage. The courage to move on and do something new that betters all of us." The issue? Schiller's comment highlights the taking away, not the addition. Courage is not a benefit.

The interesting thing is that the headline story isn't entirely correct. You can still plug in inexpensive headphones -- you will just need to plug them into the power port. If you want to use your old headphones, you can. You just need to use an adapter, which will come with the new phones.

Unfortunately, most people today are thinking about the end of the headphone jack and Apple's decision to take that away.

This is a messaging problem for Apple. Perhaps we are seeing the loss of Steve Jobs yet again. He was a master at marketing; he always found a way to create excitement and focus on benefits. Apple needs some of that deft touch going forward. 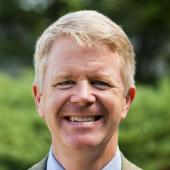 Tim Calkins
Tim Calkins is clinical professor of marketing at Kellogg School of Management at Northwestern University where he teaches courses including Biomedical Marketing and Marketing Strategy.
View all articles by this author