Five Key Questions for Brands, Content Creators and Networks
READ THIS NEXT
You Can't Stop Instagram Bots by Looking. Brands Have to Stop Buying Them

The ever-gestating business of online video just took a very big step into adulthood, as Facebook said it would begin sharing ad revenue with some video creators, just as Google has done through YouTube for years.

The announcement just opened up what is arguably the largest off-YouTube video platform out there (others include Twitter, Vine, Instagram, DailyMotion, Vessel and Vimeo on Demand). With 1.4 billion users, Facebook is the world's biggest distributor of online content, much of it driven by people who don't have a direct way to get paid for their work.

Facebook has always been an important way for fans to follow video creators, but now that Facebook will give creators a direct financial incentive to post great content, expect to see online video take off on the site. And that's on top of what already has been a dynamic segment since Facebook began offering native video-playback last year. Already, video views skyrocketed to 315 billion in the first quarter of 2015. That's still less than half YouTube's 756 billion views, but overall an astonishing number. Imagine what will happen when creators actually get paid.

At a Silicon Beach Fest panel I appeared on last week, creators and talent managers from several big content-distribution networks on YouTube and Vine were already welcoming Facebook's signals about possible revenue partnerships. But the change brings with it many questions and opportunities, including:

1. How long will it take current video creators to optimize their work for Facebook? Facebook and YouTube may look alike, but they are very different media. Facebook is focused on sharing, community and consumption in a feed instead of search. Viewers get hooked with a video edit that takes advantage of autoplay in-feed on Facebook, as opposed to the search and thumbnail optimization on YouTube. Content creators will need to find tools and best practices to perfect their new Facebook business.

2. YouTube is known for gaming, fashion and beauty, but what genres will be the breakout hits of Facebook? Just as we saw the video gaming industry expand into whole new hit genres for Facebook, we're likely to see a parallel with video. It might not be gaming and beauty. What about moms, scripted dramas, sports or automotive? We've already seen recent stars like Dude Perfect, the trick-shot specialists who did an NBC segment for this year's Super Bowl pre-game show. On YouTube, they have 5.9 million subscribers. On Facebook, they have more than 13 million likes. Who are the next Facebook stars to come up?

4. How long will it take Facebook to accommodate and build up the "middle class" and long tail of content creators? YouTube and online video is fueled by a depth from creators who build passionate engaged communities of all sizes. This is also the breeding ground for new talent. New media networks, content creators and tech companies have long realized that the middle and long tail are critical to the business and have very different operational needs than the top 1% of YouTube content creators.

Unlike the big publishers, it takes much more than a business development deal to get tens of thousands of individual creators operating using best practices. It took YouTube years to develop tools and APIs for creators, networks and companies that support them, but when it did, it really energized a community of creators, which has yielded a breadth of content and new stars. Building similar creator tools on Facebook is not a trivial component of the company's likely long-term success with video.

5. How fast will brands take advantage of the new stars? Brands should love Facebook's new content creators, who may be older, with a broader range of interests than YouTube's younger-skewing stars. And with Facebook's deep demographic data of its stars' communities, advertisers will have another tool for reaching targeted audiences.

One final point: Facebook won't replace YouTube. Instead, it's an additive trend -- the substantive start of a really viable new online-video platform that serves different audiences, viewer behaviors and business opportunities. I expect we'll see other platforms that capture consumer attention follow suit sooner or later. This is a great big step forward, for lots and lots of companies. How we and our clients and audiences figure out how to take advantage of it will help shape the future of online video and the entire entertainment industry. 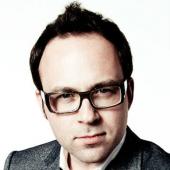 Juan Bruce
Juan Bruce is CEO of Epoxy.tv an online video technology company.
Follow View all articles by this author