How to Fix Ad Fraud (and Why Publishers Should Pay)

Industry Needs to Make Digital Advertising Accountable
READ THIS NEXT
You Can't Stop Instagram Bots by Looking. Brands Have to Stop Buying Them

Most articles about digital fraud focus in on a number. And I understand why -- the numbers are huge ($6 billion according to some reports) and stats are easier than solutions. According to another recent report, more than one-third of online ad traffic is fraudulent, and that doesn't even touch on the two additional issues of viewability and brand safety, which are arguably equally as important.

But statistics aren't going to solve the problem. We need to stop celebrating the problem and actually do something about it. I admit it, I was in denial. I'd been following the articles hoping it was exaggeration and rationalizing that someone else would clean up the problem. But I couldn't shake the feeling that it was true: that the very foundation of digital advertising -- the belief that we're creating a better, more accountable medium -- was very, very ill.

So what's the real solution?

About eight months ago, Media Storm started working with the leading third-party advertising fraud prevention agencies and began deploying solutions across campaigns. By creating accountability and complete transparency in all aspects of media and recommended bot-traffic, viewability and brand safety protection, we have been able to proactively prevent non-human, non-viewable traffic and ensure that we're serving impressions in brand-safe environments.

That's encouraging, but it isn't a solution, and I think both the buy side and sell side can agree that it is in everyone's best interest to actually solve the problem. That leaves two very big questions to be answered:

Who will have to make the changes?

Making this happen will require action from three major industry factions: the buy side, the sell side and the IAB.

From the buy side, we have to provide full transparency to our clients. This involves working only with partners who provide full transparency and implementing protection to ensure that all traffic comes from humans. And yes, this will mean refusing to work with publishers who don't sell "real" traffic with implemented protection and who don't sell based on viewability verification with brand safety measures.

The sell side should work directly with a third party to remove fraudulent impressions and sell with third-party verification guaranteed on bot protection, viewability and brand safety.

Lastly, in order to have a marketplace based on new rules, we'll need the IAB to update its standard terms & conditions (T&C) that we all utilize as a base in buying and selling online advertising. The T&C update will need to establish fair rules to conduct business only on "real" traffic and to sell on viewability and brand safety.

The cost of accountability and who will have to pay for it:

All along, the buy side has operated with the assumption that we are getting what we have purchased. Ad fraud is a threat to that assumption, and I think the responsibility for direct payment should come from the publishers. There, I said it. Someone had to.

I realize this may not be what the publishers want to hear, but they can look at it as a form of insurance on their side. And though advertisers shouldn't directly pay for the "insurance" as a separate line item, I think the general industry would understand if some cost has to be passed on as the cost of technology/product development. It is business after all.

Media overall operates under the trust that what you buy is what you get. For example, we can verify the placement in TV, out of home and print. But in digital, especially with programmatic audience buying, the "proof" often sounds something like this: "You won't see it directly because you aren't in the target audience, but we assure you that it's running and here are our reports."

If we don't clean this up now, ad fraud will erode the trust in digital and damage the overall industry (even more than it already has). As TV moves more from spots to addressable inventory, this threat is amplified. Digital is an accountable medium, and we need to embrace that accountability. I believe that there is a higher ground and a higher accountability for every dollar that moves to digital from other media.

So join me in this fight to maintain industry credibility, won't you? 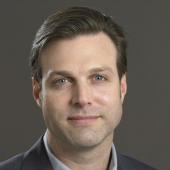