How the FTC Can Solve Native Advertising's Identity Crisis

Guidelines Need to Be Clarified: Who Needs to Disclose What to Whom
READ THIS NEXT
You Can't Stop Instagram Bots by Looking. Brands Have to Stop Buying Them
Ash Nashed

Online advertising is a tricky game, reliant on continued innovation from publishers and advertisers as they try to capture consumers' attention. The latest effort to move beyond traditional banners is so-called "native advertising" -- advertising that looks and feels like the content of a site.

But native advertising in practice is often more complex than that simple definition, which has created a lot of confusion about what qualifies as native, how to clearly mark this content and who is responsible for maintaining the consumer experience. In December, the Federal Trade Commission will lead a workshop exploring the "blurring lines" (its words) between online content and advertising. It's not clear what will come out of the workshop, but there are a few things we'd like to see.

Standard Definition. The biggest need is a clear understanding of what "native" means, because this kind of advertising comes in many shapes, forms and labels. Most of the time, when people talk about native they mean a slightly evolved version advertorials, which print publications have been running for years, now matched to the tone and appearance of a site's surrounding editorial content.

But there are so many other ad formats called "native." Can advertorial content be bought and sold programmatically, as some companies are promising to do? Does native include video? What about images? Can it extend to display-like units? My company specializes in what we call "content-style" ads, and I like to think that native advertising is a subset of the larger "content-style" market. But I could be wrong. Let's hope the FTC comes up with a clear definition.

Clear Disclosure. The FTC has guidelines for disclosure of paid content, and several publishers, such as Gawker, do a great job blending ads in with content while clearly marking them as paid placements. Other online publishers haven't done as well, but amid the slips and falls, we've seen some publishers adopt their own guidelines. (Here are the guidelines from The Atlantic, for example.)

Still, the industry needs clear guidelines and best practices for disclosure. There is too much potential for damaging consumer relationships and an overall loss in trust from the online audience. Look at the growing segment of bottom-of-article ads with thumbnails and text that look like content. A majority of these units hold ads, but they are not always labeled as such. Networks and publishers use vague labels such as "from around the web" or "recommended." Others toss around the word "content" as if there is no need to distinguish between sponsored posts and editorial content -- a major problem when the consumer's trust is as stake.

It's easy to get ad units confused with content recommendation tools if there is no disclosure. Nefarious players find ways to inflate their metrics (and their bottom lines) by mislabeling, but you can hardly blame them when there are no enforceable rules about this kind of advertising. Should the units say "advertising," "promoted content," or "sponsored"? We're waiting for clear guidelines.

In a case such as the Atlantic's mishandled native ad from the Church of Scientology, which became the most prominent example of the dangers of native advertising, it was the publisher's duty to prominently disclose the paid nature of the content, and a failure on that part led to a lot of confusion. But what of the growing field of tech companies that connect publishers with advertisers and revenue? Is the technology layer responsible for disclosure, or is the publisher? Is the advertiser? Does it depend on the situation?

It would be great if vendors stepped up to provide disclosure, but in reality the burden has to be placed on the publisher. Native is great for revenue, but publishers have to be clear to protect not only their audience, but the advertising partners as well. Hopefully, participants in the FTC workshop will agree.

ABOUT THE AUTHOR
Ash Nashed is CEO of Adiant and Adblade. 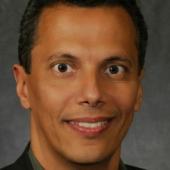 Ash Nashed
View all articles by this author