READ THIS NEXT
You Can't Stop Instagram Bots by Looking. Brands Have to Stop Buying Them
Credit: Michael Short/Bloomberg

Well, it's that time of the year—Apple has released its latest products and innovations, and everywhere you turn, someone is gabbing about the X's facial recognition software or its crystal-clear camera. Of course, along with these products comes a brand-new operating software.

Apple's latest software, iOS 11, features "intelligent tracking prevention," or ITP for short. ITP blocks the use of third-party data after 24 hours, changing the way advertisers use cookies by essentially killing on-going retargeting. Focused on putting customers first, Apple says ITP's purpose is to safeguard user data and deliver more relevant ads. But what kind of impact will Apple's cookie-less future have on both consumers and the advertising industry? Let's dive right in to the good, the bad and the ugly.

iPhone lovers will also notice an improved user experience on publisher sites, such as Facebook. The end of iOS retargeting means that consumers will no longer be plagued with the same repetitive, annoying ads. Optimistically, being served relevant content will make consumers perceive ads as less of an annoyance and more of a helpful shopping tool, causing negative attitudes towards them to soften.

iOs 11's efffects on the industry

With cookies now ticking down like a time bomb, an increased importance will be placed on the "freshness" of cookie data, requiring more automation and real-time activation. Hopefully the introduction of iOS 11 will cause the advertising industry to shed some of its bad practices, leaving fraudulent data in the dust.

While iOS 11 will raise the bar for advertising, some major players in the industry will be largely affected. Data management platforms, for example, will need to place a greater emphasis on devices and identity resolution, rather than focusing solely on cookies. With the cookie business crumbling, any ad tech player with an over-reliance on cookies will inevitably face consolidation.

All the good and bad considered, the truth is, iOS 11's ITP technology is likely to affect a very small percent of overall ad opportunity. Only about 15 percent of mobile browsing occurs in a browser, with the remaining 85 percent taking place in apps (which will remain unaffected because they do not use cookies).

For the 15 percent of mobile time that is spent on browsers, only 30 percent of browsing occurs in iOS. This means that, in reality, ITP's cookie restrictions impact just 5 percent of advertisers' chances to reach users on mobile devices. Additionally, a study conducted by Google and Nielsen found that if a user is going to convert, he or she is going to do so quickly, with 55 percent of conversions from mobile searches happening within one hour, showing that 24 hours is plenty of time for advertisers to track performance.

While the introduction of iOS 11 is going to have a noticeable impact on the industry, it is fairly limited in its impact on the digital landscape. Truth be told, the cookie has been on its last leg for some time now, as most consumers have embraced apps as their primary means for consuming content. iOS 11 may be the nail in the cookie's coffin, but the ability to find quality audiences by leveraging technology is far from gone. 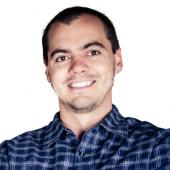