What Marketers Can Learn From the Ice Bucket Challenge

Some Tips on Starting Small and Letting Go
READ THIS NEXT
You Can't Stop Instagram Bots by Looking. Brands Have to Stop Buying Them

Cause-marketing aside, most brands are usually not trying to save lives. Marketers are normally trying to sell a product or a service. But first and foremost, that means getting people to engage with, and participate in, what your brand is doing.

And from that participatory side, there is a lot that we can learn from the ALS Ice Bucket Challenge that's been sweeping the country.

By now you've undoubtedly seen your Facebook feed and Twitter stream flowing with videos of people dousing themselves with ice and challenging others to do the same to raise awareness and money to fight amyotrophic lateral sclerosis (also known as Lou Gehrig's Disease). Some have argued about the effectiveness of this, but according to the ALS Association, as of Aug. 18, it's "received $15.6 million in donations compared to $1.8 million during the same time period last year (July 29 to August 18)."

First and foremost, I hope that if you're reading this, that you've chosen to participate (including a donation). I don't buy some of the negative press that's criticized the challenge (more on that later).

But from a brand perspective, here's what I believe we can all learn from the movement.

Make it fun, and make it easy

Brands and marketers are constantly asking people to do things -- it's one way that we try to get our audiences to engage: register to win a car, tweet to get a discount, create an account for new updates. It works to varying degrees when the incentive is there. But it doesn't often generate a lot of buzz or take off organically because it's generally not that interesting or unique of a tactic. People are now used to doing these things. Most people aren't used to dumping a bucket of ice water on their heads.

Equally important is that the Ice Bucket Challenge has made participation easy. Anyone can do it, and it doesn't require a special talent, nor any special resources. Often times when brands launch contests, or try to engage people in a unique way, the downside is that the campaign isn't easily accessible for some -- you have to be a certain age, be from a certain place, take a picture in an interesting locale, etc. Anyone can dump a bucket of ice water over her head.

(On the topic of making things easy, let's take it one step further: can you imagine if Facebook had an in-post donation button? Watch a video, and as soon as it's over, even if you hadn't been challenged, you could easily donate to the cause in just a couple of clicks. The Ice Bucket Challenge has raised millions of dollars without it -- but it's something all charities could use.)

The Ice Bucket Challenge started off unaffiliated to any specific charity until, according to Time, a guy named Chris Kennedy in Florida linked the two (see above video). But it didn't really go viral until Pete Frates in Boston and Pat Quinn in Yonkers, New York, picked up the challenge and took it to their local communities and friends.

They wanted to raise money for ALS, but they didn't intend to kick off a national movement.

Part of the reason that the challenge took off in the Boston area is because there was a specific hometown link. People knew Pete's story -- the former captain of the Boston College baseball team, raising awareness and money to fight ALS. That feeling of community, the story of who he is and why he's doing this, helped motivate Boston to get involved. And that got the attention of that community's friends, families and even celebrities nationwide.

A lot of times brands struggle with launching a national campaign. By trying to engage everybody at once, it becomes something generic and vanilla. But if you start by engaging people on a local level, you can build up steam, and it can grow into something bigger.

If a brand had launched something like this, chances are that you'd have marketers all over the place trying to control the message. But this challenge enables people to tell their own stories. Some have dedicated their video to a loved one with ALS. Some are taking the opportunity to create a memory with friends. Others are taking creative license and building ice dumping contraptions a la Bill Gates. And still others are skipping the ice and just jumping into the very cold waters of Lake Michigan (albeit that may be too far of a stretch).

Even if you're not a brand that's tied to a cause, even if you're just trying to sell a product, this is a learning moment about letting the community tell your story.

There has been a good amount of negative press over this. People calling this "narcissism masked as altruism." Personally, I would choose to see the good here. If the challenge helps people be aware, get involved, and contribute to a good cause, then what does it matter if there's any narcissism involved?

But to the point of not controlling the message -- the ALS Association hasn't tried to destroy or stamp out the criticism. Instead it's simply responded by releasing the numbers, countering negative content with positive content (that happens to be cold, hard fact).

The Ice Bucket Challenge has done something that I haven't really seen happen before: it's created a niche community that's both inclusive and exclusive at the same time. Once you've been challenged, then you're in. And if you haven't been challenged directly, you can still enjoy the videos, donate and support others who are doing it. It's become a form of public exclusivity.

And by asking you to nominate other people, it's become personal -- even if you don't know someone with ALS. If you're challenged by someone to do this, then you become accountable, both to those people and to yourself, both in public and private. And if anything, the negative press may have helped somewhat in this regard -- because a lot of people felt fake if they didn't both dump the bucket and donate.

There is a simple human truth here: people want to help humankind, but they really jump in when it's personal. 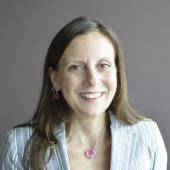