Even If Early Efforts to Create an Oreo Moment Are Lame, It's Still the Future
READ THIS NEXT
You Can't Stop Instagram Bots by Looking. Brands Have to Stop Buying Them
Jeff Dachis
Credit:
Jeff Dachis

The naysayers are 100% wrong, and I'm going to explain why.

Let's start by breaking down the rapid rise and quick decline of enthusiasm. As we all know, the inflection point for the real-time marketing conversation was Oreo's Tweet from the Super Bowl. The moment, the brand and the content all aligned to earn a massive response and make Oreo look awesome. Marketers began to discuss the possibility of having their own Oreo moments.

But as brands have attempted to replicate that success at the Royal Wedding, Grammys and Oscars, the efforts have been ill conceived and generally lame. The reason is pretty simple: these me-too efforts are not actually real-time marketing. Brands are just inserting an ad into broad cultural conversation and hoping to catch lightning in a bottle.

This doesn't mean that the critics are right and real-time marketing is dead on arrival. The trends driving real-time marketing are very real and are rooted in massive changes in human behavior that marketers need to start grappling with. At its earliest stages, this change manifested as second-screen viewing of television shows, where people tweet their friends while they watch. But it has rapidly become something else entirely: people are no longer just second-screen viewing, they are second-screen living. Every moment in our society is accompanied by a river of real-time social activity generated by tens of millions of smartphone-wielding global citizens.

This river of activity spurs the rapid emergence, and then rapid disappearance, of thousands of trends and memes on a massive scale. These trends are the focus of consumer attention at any given moment. Marketers dont need to tweet something clever during big events. They must learn how to meaningfully engage a group of targeted advocates in the conversations, topics and trends that matter to them in real time. This engagement is how brands will be built in a transformed world where a mass of communicators dominates mass communications.

A true real-time marketer can find and join the conversations that matter in real time. And yes, that is hard right now. Being the first to do something new and complex is usually hard and expensive. But just because it's hard doesn't mean it's not the future. Technology will improve; the leaps in big data in just the last 12 months are astounding. Businesses will speed up decision-making. Before we know it, real-time marketing will be efficient, scalable and table stakes for pretty much all of us.

For now, brands have to start somewhere. If that means building a war room and attempting some stunt during the Grammy's, then so be it. But to all the pundits who lambast marketers for trying something new and most definitely revolutionary, please recognize that just because some early attempts at real-time marketing are weak, it doesn't mean that this isn't a massive opportunity for modern marketers to be more relevant, more engaging and to build brands in a whole new way.

Real-time marketing is the future. So please stop whining, and let's get on with the hard work of figuring out how to do it well.

ABOUT THE AUTHOR
Jeff Dachis is founder and CEO of Dachis Group. 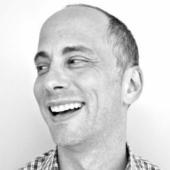 Jeff Dachis
View all articles by this author