It's Time to Fix the Viewability Tower of Babel

READ THIS NEXT
You Can't Stop Instagram Bots by Looking. Brands Have to Stop Buying Them
Bob Liodice and Marc Pritchard at the ANA Masters of Marketing Conference on Thurdsay.
Credit: Clarion Pictures

At last week's Association of National Advertisers annual Masters of Marketing conference, ANA CEO Bob Liodice ringingly endorsed adoption of the industry's viewable impression standard for digital advertising. His position was backed the same morning by Procter & Gamble CMO Marc Pritchard, who told the 3,000 attendees that unitary standards are needed today if marketing is to remain both efficient and effective as the digital era continues to unfold.

It's time for the ad agencies to get with the program.

Five years ago our industry accomplished something truly remarkable: the ANA, the American Association of Advertising Agencies (4A's), and IAB came together to fix digital measurement -- the single greatest obstacle to marketer, publisher, and agency growth. Hundreds of interviews and cross-industry task force meetings determined that shifting the currency of digital advertising from the served impression to the viewable impression would benefit everyone by putting digital media on a par with other media where viewability had long been an established baseline. Viewability was to become the currency of the land. Digital media transactions were finally going to be measured based on exposure to individual advertisements, making digital the perfect medium for brand advertisers.

But because of agency recalcitrance, it hasn't worked out that way. 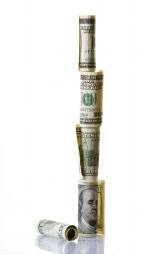 Exhaustive interviews we've conducted with IAB publisher members show that a quarter to half of their revenue operations groups' time is spent addressing the basic mechanics of digital advertising's supply chain -- from inventory to reconciliation to invalid traffic (IVT) formulas to everything in-between. The source of this time-suck is agencies' inconsistent practices, not to mention the lack of dedicated expertise in their account teams. Agencies are simply resisting a move toward industry consensus; each agency -- and in some cases different account groups in the same agency -- follows very different practices for transacting when it comes to accounting for viewability or invalid traffic must be taken into account. As a result, every negotiation is an expensive one-off, and time that otherwise could be spent generating world-class user experiences is spent on valueless, tedious squabbling.

The problem goes deeper. Even if a publisher accepts numbers from an agency, the method the publisher has to use to project inventory, optimize campaigns, and reconcile billing can differ from campaign to campaign and brand to brand -- even when it's from the exact same buying teams.

It's not that there is one bad actor. It's simply that the agencies (and account teams within the agencies) aren't taking the time to consider the time and resource drain caused by their lack of coordination and the lack of common business rules. This inefficiency impinges on better uses of time and money, which would benefit the very brands they serve.

To be sure, these business rules do exist. The Media Rating Council (MRC), the decades-old, Congressionally-chartered, independent, cross-industry supervisory body charged by our associations with overseeing the development and implementation of viewability standards, has done a remarkable job writing the rules of the road for modern media measurement. The problem is those rules are being honored by agencies only in the breach. This is unacceptable. It's business malpractice. If publishers, out of sheer neglect, required a business activity that forced brand teams to spend 25% to 50% of their time on valueless mechanics, there would be an uproar -- and outright revolt.

Now is the time to take a more aggressive, consistent, and substantive stand on the issue. IAB has been and intends to remain a good partner with the 4As, the ANA, and the MRC in Making Measurement Make Sense. But good partnership demands transparency and honesty.

Effective immediately, IAB will be shining a bright light on this issue and calling the industry to the table to collectively solve this problem. We will call out bad practices. We will highlight the contradictory practices in which agencies engage. We will illuminate the costs of unnecessary contract provisions. And we will work hard to gain consensus not just on the idea of viewability, but the practice of viewability.

Among other activities, the newly formed Viewability Working Group within the IAB Ad Ops Council will be charged with revising the IAB make-good recommendations for viewability by the end of the year. Expect many more initiatives in this area as we head towards the IAB Ad Operations Summit in New York this November. The stakes are too high for us not to take bold action quickly or fail to monitor industry progress in this endeavor.

Viewability is a remarkable achievement, but it only works when all parties define viewability-based transactions in the same way. We need the buy-side to step up and agree that as an industry, we must have a more common way of transacting. Draining half our time and resources on basic account mechanics is intolerable. Everyone needs to be part of this solution. 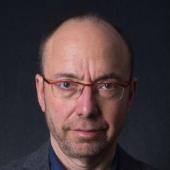