Where the New 'TV' Shows Are Being Born

Multiplatform Production Strategies Are Driving a New Breed of Creator
READ THIS NEXT
You Can't Stop Instagram Bots by Looking. Brands Have to Stop Buying Them
Mike Henry

The online video story has so far been taking place on two separate playing fields: one dominated by Hulu and the content and ad dollars that started out in your living room; and the other focused on YouTube and the power of independent creators.

As the two draw closer together, one lesson is fast being learned by both sides: "Platform Agnostic" won't cut it. "Anytime, Any Device" isn't nearly enough. Whether they come from digital or traditional roots, producers that understand and embrace multiplatform production (MPP) strategies will ultimately dominate the business that TV becomes.

YouTube's most aggressive content strategy today focuses on improving the content and expanding the audience for their vast field of independent producers. They recently announced new funding programs for indie producers and acquired Next New Networks, a company that built a business around growing YouTube talent. A few producers have made the leap from YouTube to broader endeavors.

Old dogs with new tricks
Building a platform to help wannabe producers become real production companies indeed seems smart if not a natural progression for YouTube. But a more interesting and surprising story is developing out of more traditionally minded production companies.

Producers with a real TV and film backgrounds are taking cues from the digital playbook, while building a model that draws on their own experience managing and monetizing entertainment IP.

Michael Eisner's Vuguru, led by former Agility Studios president Larry Tanz, has evolved a successful MPP strategy that produces modular episodic content which translates well from browser to phone to App to VOD. As a result, they've scored big international VOD deals with Rogers in Canada and Sony Pictures in Latin America as well as a deal to produce new multi-platform content for AOL in the US.

Unshackled from the bonds of TV
Next month Outrigger Media client Zero Point Zero -- the creator of "No Reservations With Anthony Bourdain" and a host of other cable series -- is launching a web series and premium video App featuring David Chang, the star chef/owner of the Momofuku restaurant chain. "Lucky Peach" features the chef and his friends (Bourdain and Wiley Dufresne, among others) exploring food history, science, cooking and culture through a bowl of Ramen.

Utilizing an MPP approach and working independently from their TV network partners, ZpZ has been free to develop "Lucky Peach's" content, form factor, distribution and marketing strategies in a way that best fits with the talent and target audience. Far from a linear 44 minute story, their efforts have created robust assets that work great in a premium app and web video series, but will also deliver value through many non-digital channels.

And check out "The Lebrons," from Believe Entertainment. This animated series was developed by a team that honed its digital model at entertainment production and financing giant, Media Rights Capital. Their approach, according to CEO Dan Goodman, started with talent (Lebron James) and a focus on the media consumption habits of the audience he'd attract. Believe's plans to monetize go way beyond the online series and its sponsors: the original soundtrack is being sold as an album; there's an upcoming line of virtual goods; an iPad app is in development; and Believe is already in discussions with international and home entertainment distributors.

Producers that succeed with an MPP approach:

Rather than simply producing content that can run "anytime, on any device," the innovation here goes much deeper, encompassing both a new approach to production and a dynamic combination of new and old business models. Traditional producers who embrace MPP and are willing to take risks will find that they're well-positioned to compete and scale in a digital age. 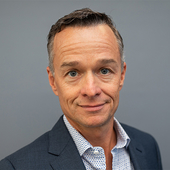 Mike Henry is CEO of OpenSlate