Viewable Impressions Are the Future of Metrics: Are You Ready? | Ad Age
Skip to main content
Sign In Register

Viewable Impressions Are the Future of Metrics: Are You Ready?

Publishers Will Need Ongoing Course Corrections to See What Works Best for Them and Their Advertisers
READ THIS NEXT
You Can't Stop Instagram Bots by Looking. Brands Have to Stop Buying Them
Peter Naylor
Credit:
Peter Naylor

Web publishers are at a critical juncture regarding the $10-billion display market. We need to prepare for and embrace viewable impressions as a new currency for measurement. This will reduce over-counting of impressions, which will lead to an increase in buyer confidence, demand and ultimately revenue.

Today's impressions are counted when they leave an ad server. The proposal on the table, from the Making Measurement Make Sense initiative, is to move from impressions served to impressions actually seen by consumers.

Members of this initiative -- the boards of directors of the Association of National Advertisers, the American Association of Advertising Agencies and the Interactive Advertising Bureau -- had a summit in July in Chicago to discuss critical issues facing the digital-advertising industry. There I heard the demand for viewable impressions loud and clear from the most influential leaders across the marketplace.

At NBCUniversal we've been adapting to the viewable impression since 2010, when MSNBC.com (since renamed NBCNews.com) launched ServeView, a system guaranteeing that ads served are positioned so they are viewable by consumers. While we saw an initial 30% reduction in inventory, we also saw huge increases in ad effectiveness. Click-through rates on half-page ads rose three times higher than the industry average, and rates on medium rectangles increased 2.5 times from their previous norms. Consumers, after all, must have the opportunity to see an ad in order to click on it.

If you aren't ready for the shift, now is the time to start preparing. It's virtually inevitable that a request for viewable metrics is going to end up in an RFP on your desk in the not too distant future. If you're not equipped to respond, the advertiser is going to spend its money with the publisher that is . Here's what to do:

First, work with your advertising-operations people. Start quizzing them about your current ad server and whether it's getting ready for the age of viewability. Ad-serving companies such as 24/7, Atlas and Google are working toward viewability certification with the Media Rating Council. Viewability vendors also include companies like RealVu, comScore and Double Verify.

Then do some tests to learn how the viewable impression will impact your site(s). We did this and are beginning to understand where portions of our sites suffer from low viewability.

Third, use the data you've collected to instigate a series of course corrections. These shifts should incorporate both art and science, technology and creativity.

The science aspect requires responding to questions like: Is our page file size too fat? Are the files too big and rendering too slowly? Are there too many data tags slowing the page load? How do we handle iFrames?

The artistic element means focusing on such key questions as: Are the ads positioned in a place where they can be easily viewed? Is the site best designed for maximum viewability? I've seen a host of ideas proposed to respond to such questions. One is to "appify" a site, so that it works more like an app on a tablet or a phone, where there is no scrolling and the ad is always visible. Another viable solution is the suite of IAB Rising Star units, larger canvases designed precisely to facilitate viewability.

NBCNews.com changed its design as a result of its viewability efforts in 2010. Rather than requiring people to click through multiple pages to read one story, it opted for a large scrolling page. People would scroll down and ads would only count against the campaign goals once they were scrolled into view. This might not work for everyone. There's room for creativity and not one universal solution for viewability.

The fundamental need is for publishers to begin an ongoing series of adjustments and measurements to pinpoint what works best for them and their advertisers. When advertisers know their ads are visible, when they see a rise in performance, when we have conversations based on the reality that there is a finite amount of valuable advertising space online, and when we are able to make apples-to-apples comparisons with other media that rely on viewability measures, advertiser confidence in buying display ads increases. They buy more. Publishers are then empowered to forecast higher pricing for a reasonable portion of their inventory, and to prospect for brands that have shied away from the interactive marketplace. Effectiveness and measurability increases; confidence and pricing grows. We all win.

This prosperous future, however, is available only to publishers who take the admittedly uncomfortable steps of re-evaluating the volume of their inventory, and then the value of that inventory. Though arduous, this path is significantly less threatening than the alternative. Businesses that choose not to measure up risk a painful fate.

ABOUT THE AUTHOR
Peter Naylor is Executive Vice President, Digital Media Sales, NBCUniversal, and Chairman of the Board of Directors, IAB. 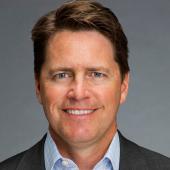 Peter Naylor
View all articles by this author