Ad Block Didn't Work, But Free's Renegade Founder Xavier Niel Is Unlikely to Give Up
READ THIS NEXT
Dispatches from the panicked GDPR frontline

French telecoms company Free is playing David to Google's Goliath, as the Gallic independent battles with the dominant global player over who should pay the huge costs of upgrading broadband to cope with the ever-growing demands of the digital world. 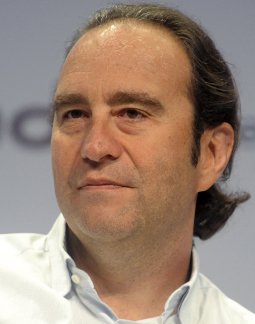 On Jan. 1, Free set up an ad block that removed all ads from Google sites, and sites accessed via Google, on Free's Internet Service Provider (ISP). That meant no ads appeared on YouTube or with Google search results. The aim was to draw attention to Free's fight to get Google to contribute to the cost of network upgrades. By Jan. 7, France's junior minister for SMEs, innovation, and the digital economy, Fleur Pelleri, had intervened and told Free to remove the block.

Free's founder Xavier Niel, a well-known and controversial French billionaire who is sometimes referred to as France's Steve Job, set up the company in 2002 and positions himself as a geeky renegade. When he recently announced major cuts in Free's cellphone rates, he accused rival wireless companies of treating consumers like "pigeons."

In reality, Free's week-long ad block had little impact on France's digital economy. It only covered customers who had the latest Freebox -- around half of its 5 million subscribers -- and then only if they took the time to reboot their devices.

Julien Delatte, head of strategy at Lowe Strateus in Paris, said, "They were looking for a symbolic action to show that Google does not have all the power. It was more about symbols than real weapons."

But the gesture made headlines, spawning a Twitter trend with the hashtag #AdGate, and making a strong case for the ISPs at a time when the French government is negotiating with Google and Amazon over how much they should contribute to the architecture and infrastructure of the internet in France. Both companies pay little if any tax in France, which is also part of the argument.

Despite Free's efforts, however, French public opinion is not stacking up against Google. Mr. Delatte said, "Google's refusal to pay tax in France is a big issue, and so is the fear that Google has become like a new Big Brother, out of control and reaping all the benefits of content without paying for it. So you would expect public opinion to side with Free, but that didn't happen, because other elements in the story were more important. It is seen as a war between two big players, neither of which will really lose out, while the small fishes -- the sites that rely on advertising --are killed."

For the French public, the issue is about web neutrality and freedom of speech -- the idea that every website should be responsible for its own content and advertising.

Francois Grouiller, group strategy director for Europe at Fred & Farid Group, said that Free's action has generated a lot of debate about net neutrality. He said, "Most have sympathy with what Xavier Niel is trying to achieve, but not with his methods. His supporters have always been very vocal, but most of them are also web entrepreneurs, so lots of them think that this time, he's made a faux pas, and are angry with him."

In response to Ms. Pellerin's order, Free's ad block has become opt-in rather than opt-out, so the function is still easily accessible. Mr. Grouiller said, "I believe the best ad blockers are the people themselves. Making it easy to block ads is good, but forcing it on people is intrusive and raises ethical questions."

However, Free is not expected to give up the fight to get Google to pay a share of upgrade costs, even though the French telecoms independent has consistently cut its own margins -- and consequently those of competitors like Orange and SFR -- by driving down prices on mobile calls. "They have cut the margin that was financing investment, " Mr. Delatte said, "So where are they going to find the money to invest in next generation broadband?"