Five Global Brands to Watch as They Emerge in U.S. | Ad Age
Skip to main content

Five Global Brands to Watch as They Emerge in U.S.

From Food to Fashion to Phones, Keep Your Eyes Peeled for These Imports
READ THIS NEXT
Dispatches from the panicked GDPR frontline

KIDZANIA
Kidzania is a giant, real-world-inspired kid's playground. It's also a marketer's dream. 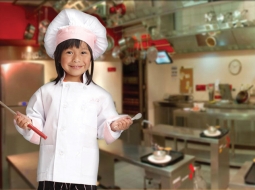 The entertainment concept aims to create a place where kids have fun while having real-life experiences, and it partners with hundreds of brands in order to make the experience as authentic as possible. Kids enter through an airport, obtain "Kidzo" currency from the local bank and have an average of 60 establishments and 100 activities to choose from. In Japan, there is a Sony-branded music studio where kids can mix music. In Portugal, kids perform surgeries at a Johnson & Johnson hospital, and in Dubai, there is a Coca-Cola bottling plant. Kids can also join the fire department, open a bank account, shop for groceries or go to a fashion show.

The first Kidzania location opened in Mexico City in 1999, and there are now 10 locations around the world, with plans for a dozen more in the next two years. The first U.S. location is expected to open in 2014, likely in Chicago. Cammie Dunaway, global CMO and president of the U.S. business, is also actively exploring locations in New York and Los Angeles. Ultimately, she said she believes 14 cities in the U.S. could be home to Kidzania, with one opening every nine to 12 months.

"The difference in the U.S. is there are very sophisticated consumers with a wealth of entertainment options," said Ms. Dunaway, an alumna of Nintendo, Yahoo and Frito Lay. "We really are learning, taking the best from all the parts of the world where Kidzania is already, and trying to bring that to U.S. consumers."

Ms. Dunaway says she has not begun formal discussions with brands interested in the U.S. locations, though multinational brands involved with other Kidzania facilities have already expressed interest. As for those who would criticize the access that brands are given to kids, Ms. Dunaway says brands bring their expertise to Kidzania and makes the experience more real and engaging.

Kidzania is built on a model of repeat visits, typically drawing customers from a 90-mile radius. Many of its locations, which average 80,000 square feet, have also become popular tourist destinations. A new global loyalty program gives kids a passport where they get stamps for various activities. Kids can also build out résumés showcasing their work to share with Mom and Dad.

Ms. Dunaway, who joined Kidzania in 2010, says she came onboard because she was inspired by the concept, which she believes can help make the world a better place. "We're really focused on teaching children about careers they may be engaged with in the future, teaching them about how communities work together," she said. "We're teaching them about financial literacy and about making decisions to spend or save money. These are things our U.S. children need."

But beyond that mission, which Ms. Dunaway is clearly passionate about, she has another reason to work fast when it comes to bringing Kidzania to the U.S. Her 13-year-old son visited Kidzania in Japan last year and "had an absolute blast." Seeing as Kidzania's target is ages 4 to 14, he's getting antsy.

Click to the next page to see the rest of our brands. 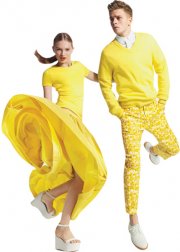 JOE FRESH
The Joe Fresh fast-fashion brand outgrew its unusual origins in a Canadian grocery chain and made its first international move -- to New Jersey and New York. Led by Canadian designer and businessman Joseph Mimran, Joe Fresh has more than 300 standalone stores in Canada, and announced six permanent locations in New York and New Jersey late last year, including a 14,000-square-foot flagship that opened March 30 on Fifth Avenue.

So far, Joe Fresh has spent $5 million on U.S. ads, hired a fashion PR shop and did holiday pop-ups late last year. Asked where Joe Fresh is headed, Mr. Mimran told FashionWeekDaily, "Every major city around the world has a "Fifth Avenue' and a great landmark building. We aspire to be in all of them one day!" 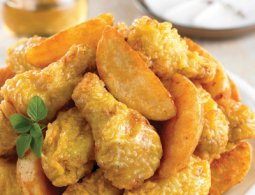 South Korean chain KyoChon takes credit for creating a "global poultry craze" with its Korean double-fried crispy chicken, even though the brand is only in Korea, China and now the U.S.

KyoChon's 10 U.S. outlets in Los Angeles and New York, including a flagship restaurant on Fifth Avenue, are becoming popular primarily through word-of -mouth. The next step is to start franchising KyoChon, whose name means "a village with a Buddhist temple" in Korean, when the company gains enough U.S. experience.

HUAWEI
As one of the world's biggest phone makers transforms from low-cost player to smartphone innovator, China's Huawei (pronounced Wa-way) is ready to break out with an advertising and marketing campaign to introduce the brand to U.S. consumers. 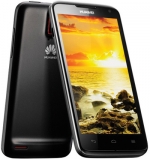 SANDRO AND MAJE
Parisian sibling brands Sandro and Maje are on nearly every chic corner in Paris, but the upscale fashion brands only opened their first U.S. boutiques in February in New York. Frederic Biousse, CEO of parent company Groupe SMCP, told WWD in December: "The brands will reach 20 free-standing stores each within the next 18 months, with a potential of 40 to 50 stand-alone units each." Each label has its own PR agency, PR strategy and ad campaign; for instance, Sandro, working with BPCM, partnered with model Dree Hemingway to design a capsule collection. Both brands enjoy coverage from major magazines and influencers like fashion blogger Leandra Medine of The Man Repeller.