In Spain, Advertising Gets its Own Patron Saint and a Holiday | Ad Age
Skip to main content

In Spain, Advertising Gets its Own Patron Saint and a Holiday

It's easy to feel overworked and stressed out during the dark, cold days of January, but in Spain the month is brightened by San Publicito – the patron saint of advertising – and the whole industry takes a day off to celebrate.

Held on the last Friday in January, San Publicito's origins are unclear, but Nuria Serrano, head of strategy at VCCP Madrid, has worked in the industry for more than 20 years and celebrated San Publicito throughout. 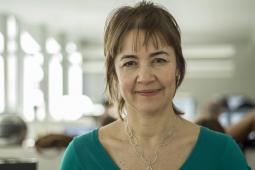 "Every agency has a day off," she said. "We get together and go out on the Thursday night, because we don't have to get up for work the following day. In Spain we like to have some laughs and celebrate almost anything."

On the day itself, a skiing trip to the Pyrenees is a popular activity, as the slopes are quiet while other professions are at work.

Fittingly, the patron saint of advertising is a product of the imagination: the name "Publicito" is a diminutive of "Publicidad," the Spanish word for advertising. It was always just a name until last year, when Madrid agency Peanuts & Monkeys decided to create an "official" San Publicito figure.

Sunde J. Sastre, a founder and chief creative officer of three-year-old independent shop Peanuts & Monkeys, said in an email, "In January 2015 [San Publicito had] no history or stories, no images or pictures, no miracles at all. So we at Peanuts & Monkeys decided to solve it. San Publicito should have a personality and image."

Before creating the figure, Peanuts & Monkeys made six prototypes, each based on a well-known advertising exec, and asked the industry to vote for a favorite. They were dressed as a monk, a worker, the pope, a guardian, a martyr and a warrior -- the warrior won, because he represents the importance of fighting for every idea.

The 6 candidates for San Publicito

In a "Making of" video on the San Publicito site, the six agency execs are shown donning the garb of a a monk (Roberto Lara, president of Sra Rushmore), a martyr (Antonio Montero, former executive creative director of Grey Group Spain), a guardian (Daniel Solana, founder and president of digital shop DoubleYou) and so on. The winning warrior was portrayed by adman Ignasi Giro, who describes himself on Twitter as a "creative physicist and optimistic doer").

Peanuts & Monkeys then had a San Publicito figure created in the image of a warrior resembling Mr. Giro and took the figure on tour, lending him to agencies in the build-up to the holiday. A "home chapel" was created at each site, and pictures were taken and uploaded onto a blog to chart his progress. So far San Publicito has been welcomed at 52 agencies, including Sra Rushmore, Leo Burnett, TBWA, DDB, Grey and DoubleYou.

To mark last year's festival, the agency also organized parties in Madrid and Barcelona, both sponsored by the agency creatives' group Club de Creativos. They are hoping to do the same this year.

Nestor Garcia, ECD of Lola MullenLowe Barcelona, said, "It's a fun thing. We work a lot of hours and have a lot of stress, so it's an excuse to meet with friends from lots of agencies. We might talk a bit about work at the start, but it's a holiday so we drink beer and party."

It's not only about partying, however. There is also some national recognition of agencies' hard work and their contribution to the Spanish economy and culture.

Annette Barriola Potts, communications and external affairs manager at independent agency Shackleton, said, "Newspapers like El Mundo print special sections over the weekend, talking about the industry in Spain, the market, the latest campaigns and innovations. It's good because Spanish people get to know the agencies and our work."

Pretty much every trade or profession has a saint's day in Spain, but advertising is one of the few that makes it an actual holiday. Of course, there are deadlines to be met and pitches underway, so not everybody gets the day off, but many agencies close and people who do have to work can often do so from home.

Agencies that haven't hosted San Publicito yet can sign up on the site, after promising to respect the "cardinal virtues" of putting the figure in a visible spot, treating him with the respect a saint deserves, and sharing at least one photo on social media.