Brands Beware: They're Not Easily Visible, But They're There
READ THIS NEXT
Dispatches from the panicked GDPR frontline
Fake WeChat fans for sale online on Taobao.
Credit:

"Zombie fans" is the term used for fake followers that lurk on Chinese social media; such an infestation hit microblogging service Weibo and hurt the platform's credibility. But there are mindless, soulless followers haunting powerful app WeChat too, though they're not as obvious.

Tencent's WeChat is the envy of internet companies around the world for transforming a messaging app into something much more ambitious. The app has 600 million monthly active users, most of them in China, where people use it to order takeout, buy airplane tickets, book taxis and pay utility bills. After treading cautiously on advertising, WeChat opened up its newsfeeds, called "Moments," to sponsored messages this year.

Dubious automated activity on WeChat isn't new, but there seems to be more fakes for sale lately as the app evolves and grows more central to digital marketing in China.

On Alibaba's e-commerce platform Taobao, where you can buy just about anything, a search for "WeChat readership" (fake views) brings up 1,152 results. One online store sells 1,000 fake fans for $10.85. A thousand faux "likes" goes for $3. The vendor offers memberships that give discounts to people planning to buy in bulk. Tencent didn't return emails seeking comment on the phenomenon. 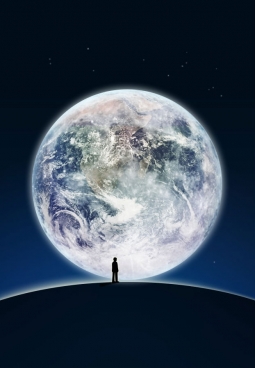 So what does all this mean for marketers?

Brands with little experience in China should be cautious, especially when agencies promise remarkable results at low prices, says Pete Lin, managing director of We Are Social Shanghai.

"The only purpose of using fake WeChat fans is for unscrupulous agencies to dupe their clients, as in, 'the campaign is working, look at all these fans you got," Mr. Lin said.

That's different from Weibo – agencies say some clients actually ask for fake Weibo fans, because the number of followers appears at the top of the page. Many brands want that number to be impressive.

"On Weibo, the theory is that if you have a big enough fan count, that will be a gravitational pull for real fans," Mr. Lin said. WeChat, however, is a much more private ecosystem, and a brand's number of followers isn't public. Only the account holder and WeChat know it.

A little over a year ago, WeChat opened up a few metrics, publishing numbers for views and "likes" at the ends of posts. Some have reported that's driving the spread of phony "likes" and views, which are bought in hopes people will share posts that seem more viral. (Mr. Lin believes that won't work because the numbers aren't easily visible; fake likes and views are really just "another way to dupe clients," he says.)

How big is the zombie phenomenon on WeChat, known in Chinese as Weixin? There's debate on that. Leon Liu, associate planning director for Grey Hong Kong, doesn't see it as "a trend or a big market for most clients."

Since WeChat is such a private platform, outside parties can't audit accounts to gauge the number of zombies, as they can on Weibo, notes Paul Lin, chief strategy officer at Possible in Shanghai. "If people are buying fakes they're not going around advertising it, and it's not something you can call them out on," he says.

Bots and fakes are on Twitter, Facebook and other social media, but again, it's hard to compare. There's a sense, though, that WeChat is less vulnerable to zombies than Weibo has been. Because of the platform's closed nature, fakes just aren't as apparent there as they have been on Weibo.

Weibo, whose popularity has been declining, began aggressively culling zombies early this year. Mailman Group, a Shanghai-based digital agency, noted that the NBA's Weibo account dropped 323,000 fans in the three weeks after April 1. And there were more even more striking examples, it said: In just one week in April, singer Weiwei lost more than 8 million of her 10 million fans.