The best of experiential 2022

"Rick and Morty" fans participating in Wormageddon, billed as a "global living episode/treasure hunt" of the hit Adult Swim show, found this unique statue of the titular scientist, er, reading in Malibu, California.

Advertising Week returned to New York in person for the second consecutive year this past week. And after two-plus years of business-on-the-top, slumber-party-on-the-bottom Zoom meetings and virtual live events, the occasion has inspired Ad Age Studio 30 to revive one of our most popular special features from the past few years: The Best of Experiential 2019 and 2020.

After tabulating the nominations and votes cast by our esteemed panel of Amp insiders, here is the Best of Experiential 2022.

When “Stranger Things” returned for its fourth season after a three-year hiatus, it was cause for numerous global campaigns led by Netflix's marketing team with support from various agencies. Installations of various Upside Down portals appeared worldwide, from Australia’s Bondi Beach to the Empire State Building to Malaysia’s Kuala Lumpur Tower. In London’s Shoreditch neighborhood, opened along some , like foodie favorite Surfer Boy Pizza. WorkinProgress and Unit9 developed a mind-ordering app for Domino’s Pizza, while Doritos present a with top ’80s acts like the Go-Go’s and Soft Cell.

“Experiential drives deep consumer loyalty and few brands understand this better than Netflix,” said Shelley Elkins, global chief creative officer at Jack Morton. “Fans want to do more than watch the show—they want to live it. These immersive brand experiences did just that.”

Rick Astley’s 1987 No. 1 hit “Never Gonna Give You Up” became one of the most memorable internet memes via “Rickrolling” 20 years after it first topped the charts. Who could have guessed that Rickrolling would have a resurgence 15 years later when QR codes featuring Astley’s coif appeared on billboards and ballparks across 17 markets? The code rolled viewers into a 30-second spot where Astley and CSAA Insurance reps dance and sing their vows to never let you down, desert you, et al.

"The opportunity to Rickroll America was something we'll never forget,” said Milton Correa and Jones Krahl, co-heads of creative at Deloitte Digital, the agency behind the activation. Among their favorite parts? “The sky messages, which were highly-effective in trolling unsuspecting scanners in a fun way."

In an effort to emphasize the quality ingredients used in their snack bars, Kind took encouraging healthy eating to a whole new level. The brand set up a faux vending machine in New York’s Greenwich Village that opened into a secret farmers market, where baskets of fresh produce were available for free. By promoting on social media (and scoring some major blow-up points through TikTok), Kind saw more than 8,000 people come through and gave away some 30,000 pieces of fruits, vegetables and whole nuts. It was a bold move that paid off (ahem) in kind.

“The elements of surprise and wonder made a rote interaction—buying a snack from a vending machine—turn thrilling,” said Sam Zises, CEO at [L]earned Media.

Best Concrete Jungle Where Dreams Are Made Of: Citizens Bank, ‘The Living Portrait of NYC’

When Providence, Rhode Island-based Citizens Bank opened its first branch in New York, it set about working to become a local. Keen to show they had what it takes to fit in, the bank launched “The Living Portrait of NYC,” a 10-day multimedia immersive experience based on hundreds of hours of interviews and featuring the work of more than a dozen local artists. Not only did it show Citizens had immersed itself in its new home, but it gave New Yorkers a chance to see themselves through the eyes of their millions of neighbors.

“The experience used the language of locals to blend into the city’s fabric,” said Britt Fero, CEO at PB&. “And coming out of the pandemic, maybe we all need to be reminded of just how great New York City is.”

The North Face knows how to walk the walk (schuss the schuss?). For its most dedicated enthusiasts, The North Face China opened a remote pop-up shop—like, really remote. On a peak in the Changbai mountains—an area that routinely hits -20℉—the company put their #NeverStopExploring ethos to the test. The shop featured the brand’s latest collection, plus all kinds of mountaintop gear. The kicker? You had to snowshoe or ski your way there. This was no average selfie spot.

“The reflection of the audience spirit with product at the core of this idea was effortlessly brilliant,” said Eileen Zhao, strategic director at Fred & Farid Los Angeles.

The burger wars are so passé. This year, Twitch streamers tuned in to a two-day melee Battle of the Brands, hosted by esports broadcaster Chris Puckett, where 10 of their favorite players took up arms in defense of a variety of national QSR chains. Playing on the MultiVersus battleground, the participating brands (including Dunkin’, KFC, Taco Bell and Wendy’s) duked it out in round-robin and then double-elimination tournaments. More than 25,000 Twitch streamers tuned in to see the last round, where Chili’s got business done.

“Everyone gets super loyal and passionate toward restaurant brands, and it's a hoot to watch the rivalry—like KFC swearing it's better than McDonald's,” said John Higgins, CEO and chief creative officer of the gaming agency OS Studios. “Battle of the Brands was the first to address this culture as an actual fan base while using the incredibly interactive Twitch platform.”

Best Shot Across the Bow: Change the Ref, ‘The NRA Children’s Museum’

In a stunning visual representation of the number of children killed by gun violence, Change the Ref, an organization founded by Manuel and Patricia Oliver, whose son Joaquin was one of the of the Parkland, Florida, high school shooting victims, sent a mile-long convoy of yellow buses to the Houston home of Sen. Ted Cruz, the U.S. Congress' leading recipient of donations from the gun industry, according to the campaign finance database OpenSecrets. The 52 school buses represented a seat for each of the 4,368 children who have died because gun violence since 2020, and the first bus was labeled the NRA Children’s Museum—it contained photos, videos and personal mementos—such as a Girl Scout sash, a basketball jersey and a classroom certificate—from many of those lost children.

“It’s a powerfully simple idea that is heartbreaking,” said Jack Morton’s Elkins. “There has been so much creative expression on this topic, but this work goes the extra mile by holding the NRA and gun rights supporters like Ted Cruz accountable.”

To promote their new plastic-free packaging, Coors Light opened a fully biodegradable bodega in Brooklyn, New York’s Greenpoint neighborhood. Not only was the infrastructure (walls, shelves, flooring, etc.) plastic-free, but regular corner-store fare with a Coors twist was also on display. There was beer, there were giveaways and there was a felt bodega cat. The future sounds great.

“This is a best-in-class example of a brand proving its promise,” said Jack Morton’s Elkins. “Tangible, tactile proof that their commitment to reducing plastic is more than just talk.”

Duncan Channon’s Cotteleer agreed: “It’s a real reminder of exactly how much of what we consume is harmful to the environment, even if we might think we’re already taking steps towards a better earth—and Coors Light is associated with the heart of it.”

At a time when gas prices have spent months being inflated (and when Californians haven’t seen prices below $5 a gallon in at least six months), seeing a gas station advertising prices under a dollar must have come as a shock. Participants drove through a “Quantum Leap Accelerator” that sent them back to 1985; they were met by MTV-era songs, break dancers and swag, and most importantly, a pass to the very real gas station where they could fill their tanks for 91 cents a gallon.

“We drove by this activation as it happened and were stunned by the long line of cars we saw up Vine,” said Duncan Channon’s Cotteleer. “The timeliness, thematic cohesion with the show and strategic placement right in a high-traffic area of Hollywood was a 10 out of 10 in our books.”

When Patagonia’s billionaire founder announced he was giving up his company—plans that had been in top-secret discussions, dubbed “Project Chacabuco,” the past couple of years—he didn’t mean he was handing it down to family or selling it off to some tech company. Yvon Chouinard transferred ownership to a trust and nonprofit organization that not only ensures Patagonia will remain independent, but that its $100 million in yearly profits will be used to fight climate change and protect undeveloped land around the world.

As Chouinard wrote in an open letter on the company’s website announcing the news, “Earth is now our only shareholder.”

“While this was far from a campaign, the announcement that Patagonia would be donated to fight climate change was the ultimate invitation for people all around the world to experience, support and be part of the brand and its purpose,” said Fred & Farid’s Zhao. “On so many levels, Patagonia redefined what it means to show up as a brand and offer something new yet meaningful for consumers to take part in.” 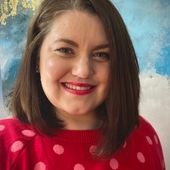